Analyzing coffee around the world

As people Tweet about what they’re eating, we can aggregate and analyze the data from those Tweets to better understand the daily habits of entire countries.

Take the everyday moment of getting a cup of coffee. The Gnip (@Gnip) team looked at mentions of coffee in 65 languages across the globe to understand when people around the world are talking about coffee on Twitter. In the results below, you can see a predictable day/night cycle of conversations about coffee, with 3.2 million Tweets over a seven-day period. 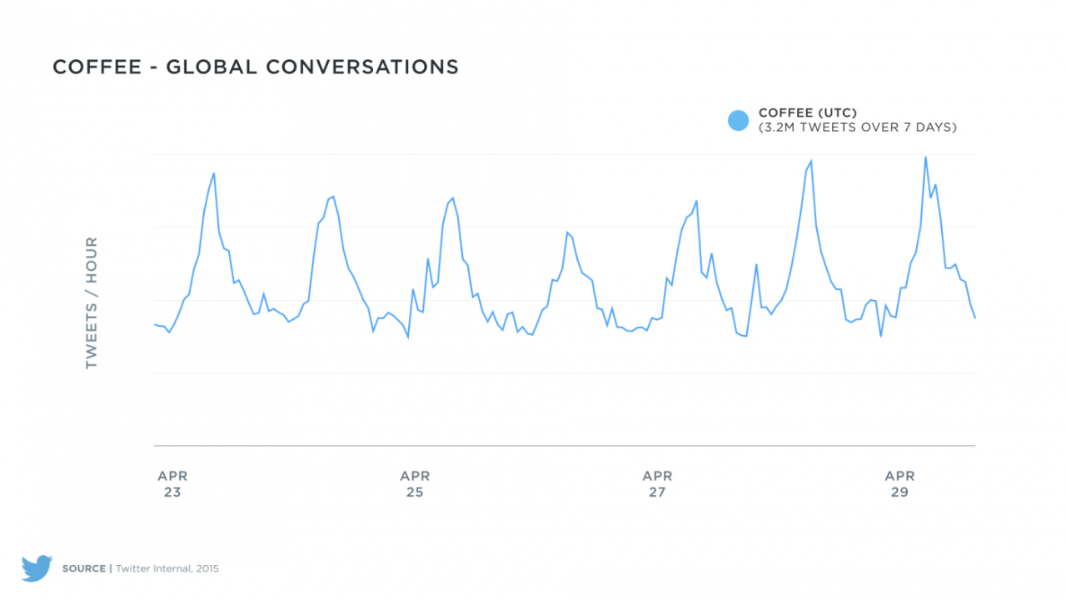 This becomes much more interesting when our analysis gets more granular and we look at data by country. Then we found a big difference between the U.S. and Turkey around the times when people talk about coffee. (In addition to identifying data by country, we also localized the time zones to UTC-5 for the U.S. and UTC+2 for Turkey.) 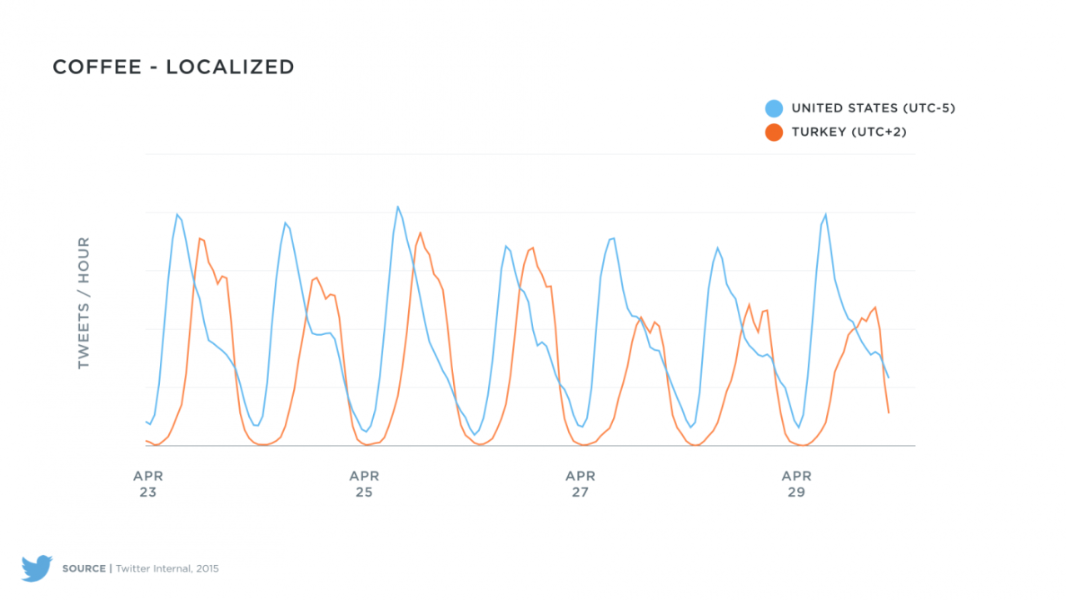 On a related topic, our @TwitterData team analyzed conversation about traditional summer produce from May through August last year to determine when interest in the summer foods came ‘in season’ on Twitter. We looked for the largest growth in week-over-week conversation, suggesting an uptick in interest and demand. 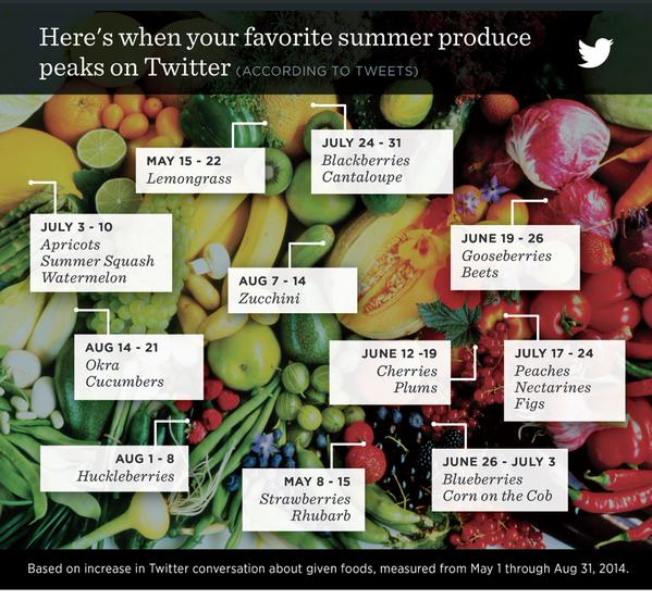 Our Twitter Official Partners have also found some interesting insights around everyday food habits. Crimson Hexagon (@crimsonhexagon) used social data to frame the conversations happening about fat in foods, and how people’s attitudes change over time. And working with Sysomos (@Sysomos), McDonald’s Canada discovered that Canadians were most likely to Tweet about coffee on Wednesdays, that March sees the largest volume of conversations about Twitter, while July sees the least.

We hope you enjoyed this glimpse into what Twitter data can tell us about daily habits and foods. Whether it will be the next cronut or quinoa, Twitter data can give you insights about when a new favorite food is trending.