Wimbledon 2015 came to an incredible conclusion over the weekend, with Serena Williams (@serenawilliams) and Novak Djokovic (@DjokerNole) claiming the women’s and men’s singles titles. And while the dramatic competition played out on the iconic grass courts, fans turned to Twitter to discuss all of the thrilling action.

The conversation was led by @Wimbledon, which Tweeted clips of the winning shots and celebrations within moments:

And it didn’t take long for the newly-crowned champions to get involved on Twitter themselves. With only the US Open now standing between her and winning all four Grand Slams in 2015, @SerenaWilliams called out compatriot and former Wimbledon finalist @AndyRoddick.

While @DjokerNole thanked his #NoleFam, which includes coach @TheBorisBecker, for their support.

Tweets about Wimbledon were viewed 8 billion times
Whether Tweeting about ‘that’ @rogerfederer lob, Dustin Brown’s (@DreddyTennis) surprise victory over @RafaelNadal, @NickKyrgios’s antics against @richardgasquet1 or @HeatherWatson92 taking @SerenaWilliams to the brink, fans turned to Twitter to take part in the excitement and be part of all the action.

During the tournament (June 29 - July 12), Tweets about Wimbledon generated 8 billion impressions (views) on Twitter and across the web.

Read more from our preview #Wimbledon blog post to see all of the amazing, only-on-Twitter integrations that the organizers provided for fans.

Most-Tweeted moments
Tweets per minute (TPM) spiked at their highest point of the entire tournament when @rogerfederer won the thrilling second set tiebreaker over @DjokerNole in the men’s final.

Here are the top three most tweeted about moments of the 2015 men’s Wimbledon on Twitter, as measured by TPM:

And here are the top Tweeted about women’s Wimbledon moments:

Most-Tweeted about players
Tennis fans Tweeted about the whole Wimbledon experience, from #TheHill to #TheQueue to the British trademarks that define the tournament, such as the weather or strawberries and cream. But it is the players themselves that remain at the heart of the conversation.

The most-Tweeted about women’s players across the fortnight were:

And here are the top three most discussed men’s players on Twitter:

Those players took centre stage in delivering some exclusive Wimbledon content on Twitter on the eve of the tournament, posing for a special series of poses with the @TwitterMirror:

The Twitter experience at Wimbledon in 2015 started before fans even reached the grounds, with thousands voting on which players would win the upcoming matches on Centre Court and Court 1 from a pop-up stand via @votethequeue.

Fans at Wimbledon were also invited to vote via the big screen at Henman Hill (#TheHill). 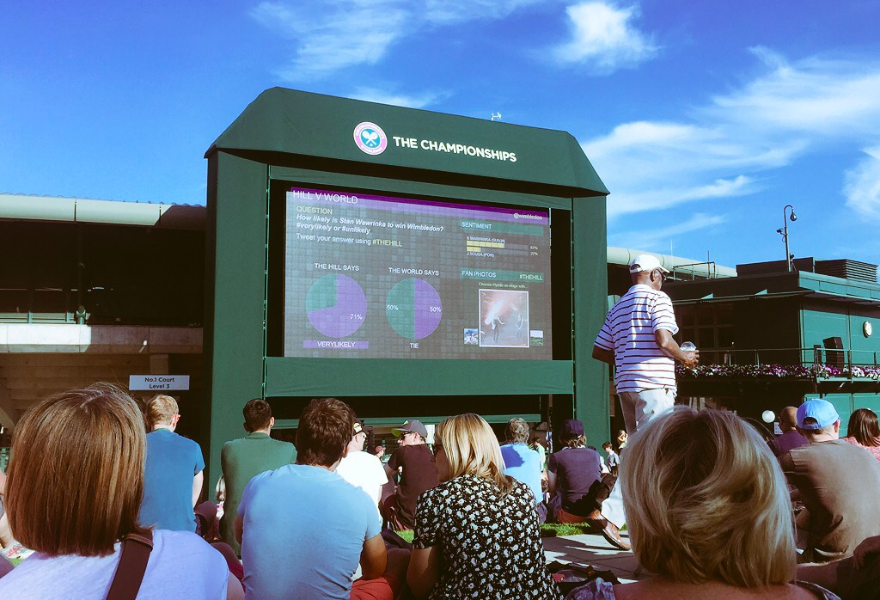 And their opinions were compared to those of fans around the world on the same questions via Twitter and the Wimbledon website, using #TheWorld. 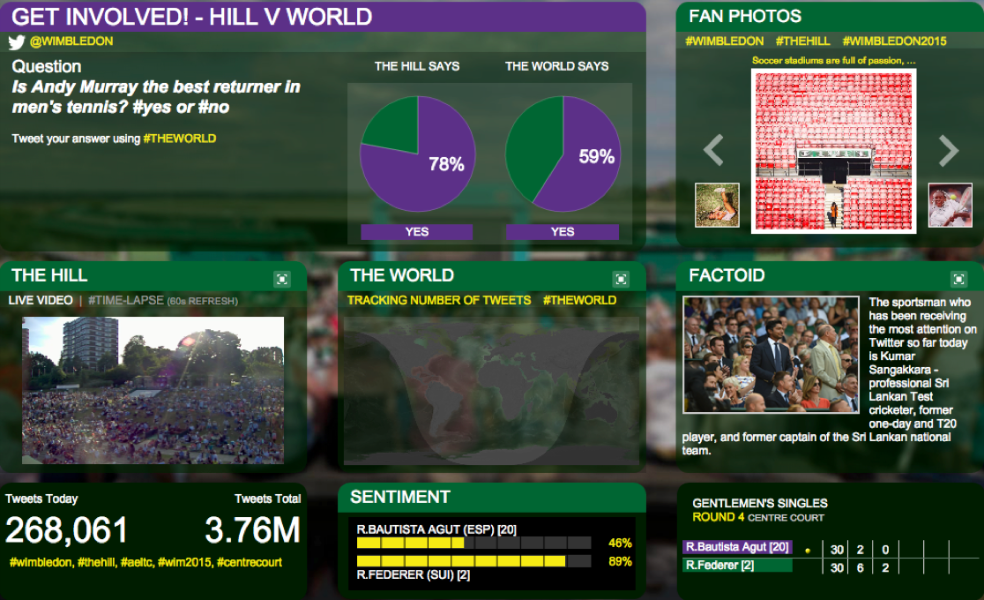 And here is a selection of more of the best moments of #Wimbledon on Twitter:

As the grass is reseeded and the strawberries replenished ahead of next year’s tournament, there is still plenty to look forward to on Twitter. The final installment of the 2015 grand slam season gets underway next month in Flushing Meadows, and you can follow the action using #USOpen