Your guide to #Coachella

This weekend, music’s brightest stars and emerging artists will come together to celebrate one of the world’s biggest music festivals in Indio, California. As thousands of fans arrive to Indio for @Coachella Valley’s Music and Arts Festival, they’re bringing the celebration directly to you, on Twitter.

Every year the world flocks to Twitter to celebrate Coachella, and during that year-round discussion, music fans express interest in a range of topics. Back in January, @Coachella officially announced this year’s all-star lineup of performers on Twitter. When the big news broke, music fans from around the world shared their reactions together.

After @Coachella treated their followers to one of the most anticipated moments of the year, the #Coachella conversation flooded Twitter. And over the past four months, Coachella has continued to spark mainstream interest.

In celebration of opening weekend, we looked into which topics and words people frequently used in Tweets about Coachella. While fans shared their taste in fashion, food, and music, the data also revealed which emerging pop culture trends and internet colloquialisms are on the rise, according to the masses on Twitter.

Here’s what we found: 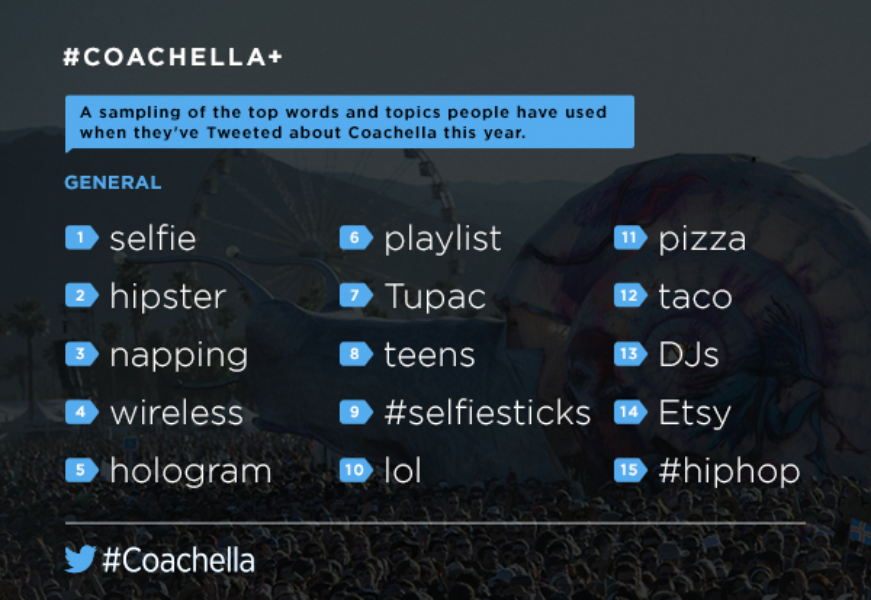 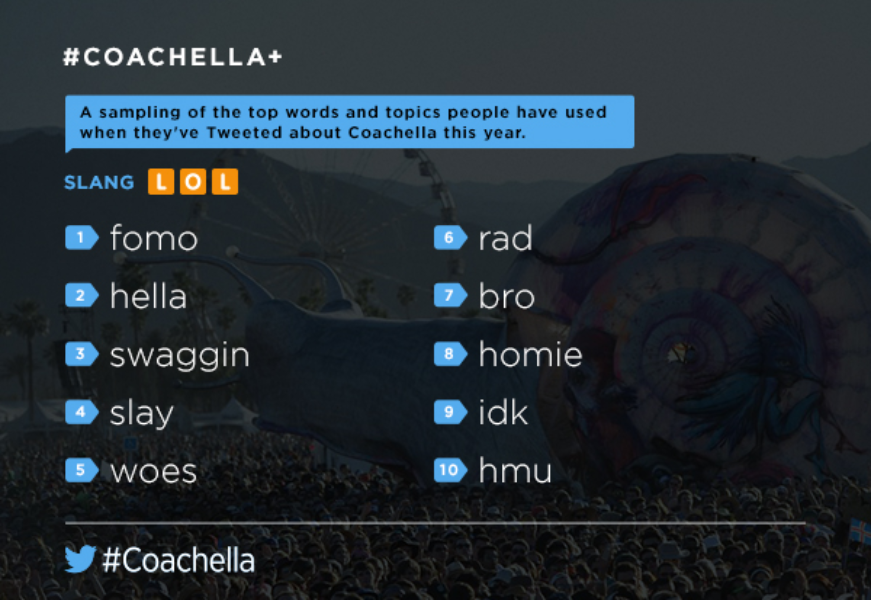 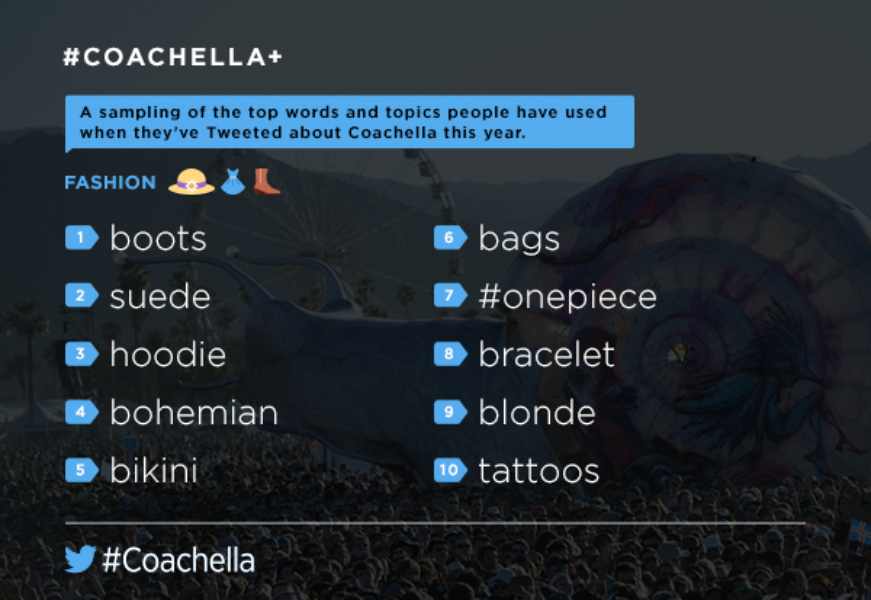 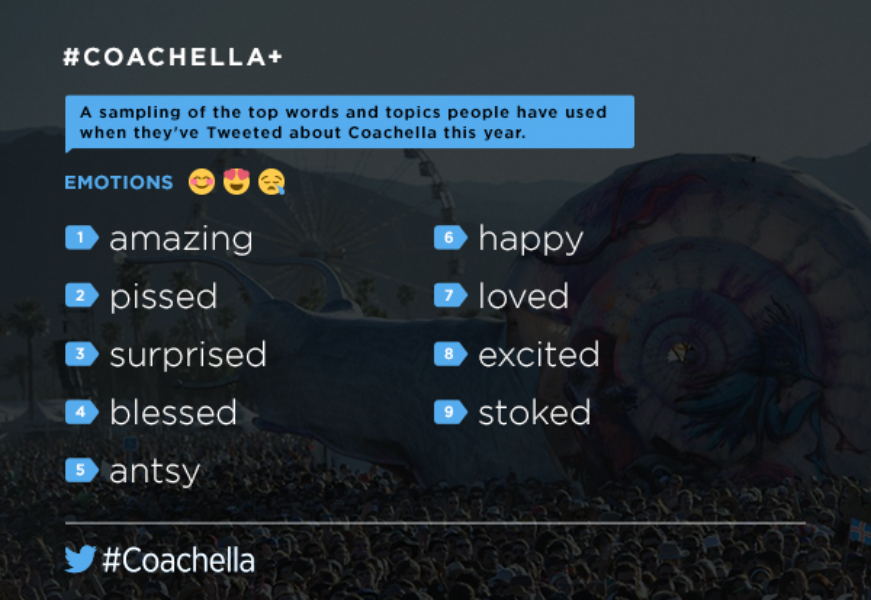 We also took a look at which Coachella performers have the most followers on Twitter: 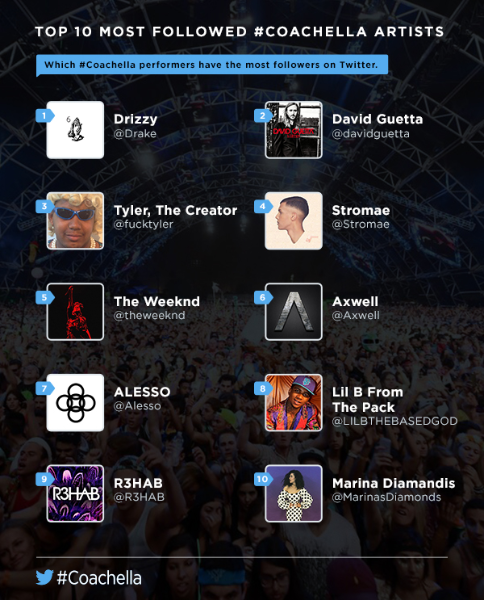 Some of this year’s most-anticipated Coachella acts have been busy connecting with new fans on Twitter. Here’s a look at which artists have gained the most Twitter followers over the past year. 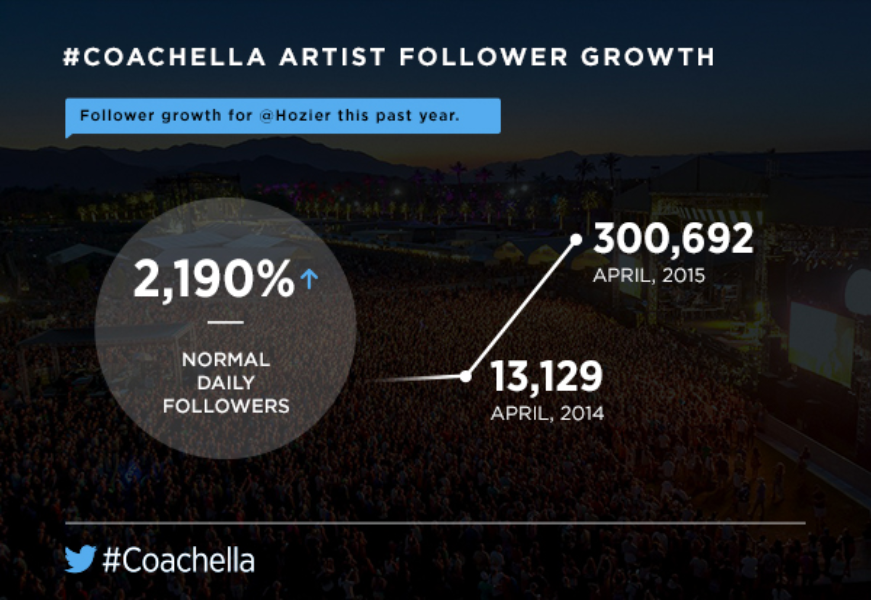 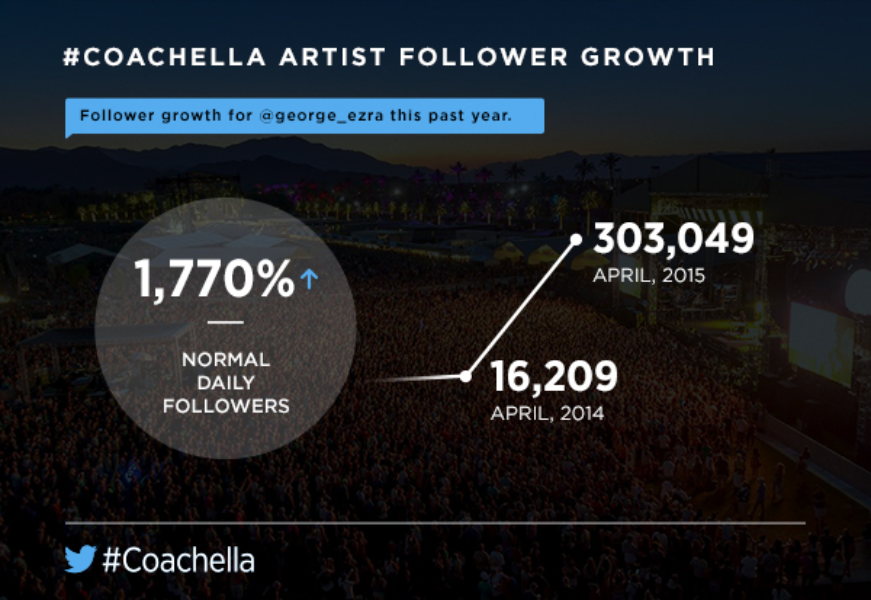 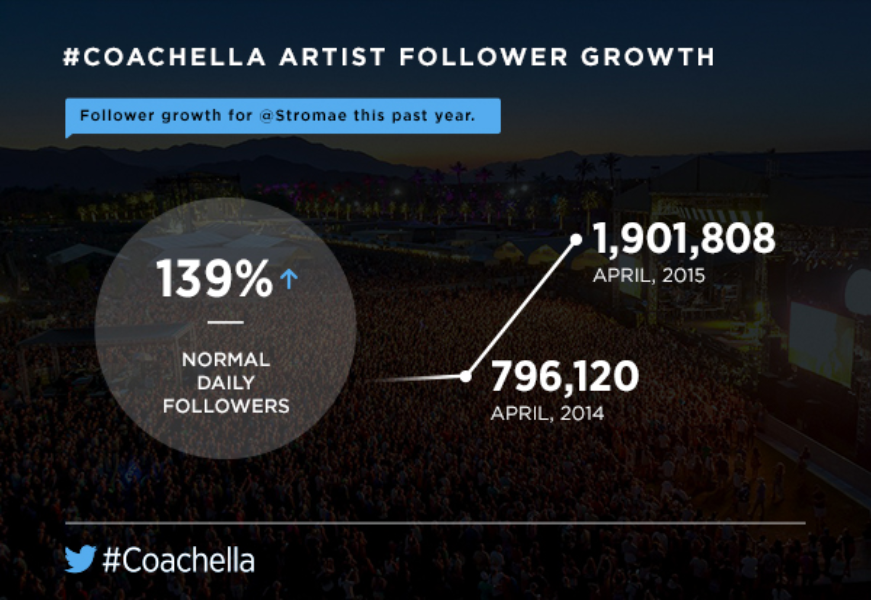 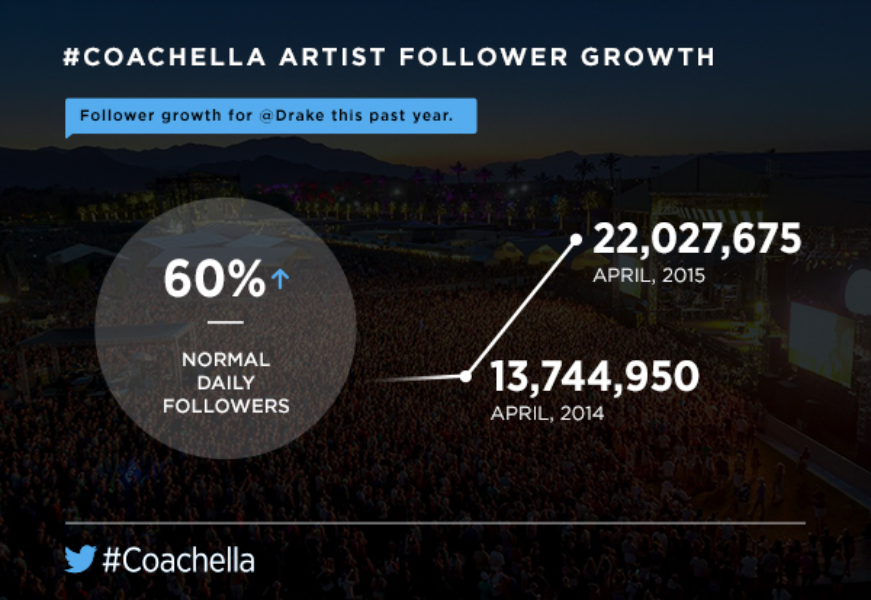 During the festival, music fans can follow their favorite artists for a real-time look at Coachella’s best VIP moments. And if you managed to score passes to this year’s festival, you can use our complimentary Wi-Fi to keep up with your friends and everything happening on the ground at Coachella. ICYMI: @twitter and @vine have partnered up with Coachella to offer free public Wi-Fi inside Coachella’s beer garden and VIP areas this year:

Finally, we’ve put together a few Twitter tips for anyone looking to follow this weekend’s Coachella happenings online:

Follow the official #Coachella hashtag and search on Twitter
Use Twitter’s search tool for real-time updates before, during and after the festival. You can also take advantage of our tailored search to keep up with Tweets from your favorite performers and friends, as well as videos and photos shared throughout the weekend.

@TwitterMusic - Twitter’s official music handle will circulate all of the weekends best Twitter content from headlining artists to music attendees during the festival.

@MyDesert / @DesertSunNews - Keep up with Coachella Valley’s official news source to look out for important weather updates and celebrity news.

#CoachellaOnStage - @Josephllanes will also be capturing portraits of this weekend’s performers and @Coachella will Tweet Joseph’s photos in real time during the first weekend.

Periscope
On Periscope, follow @anniemac to tune in to her special Q&A that will be livestreamed on @periscopeco from Coachella on Sunday, April 12 at 1 p.m. PT.

Vine
Vine will be introducing a special experience in its iOS and Android apps, so you can be part of the festival no matter where you are.

And look out for behind-the-scenes Tweets from the following artists: