On Monday January 11, the world of sport will turn its attention to Zurich as the 2015 FIFA Ballon d’Or ceremony takes place.

Now in its sixth year, the highly prestigious event celebrates the 2015 achievements for some of the biggest names in men’s and women’s football, and Twitter will be at the heart of it.

For the first time fans can show their support for the candidates shortlisted for the Player of the Year award by having special emojis included in Tweets. All of the emojis and the hashtags required to Tweet these are below, and they’ll be sticking round until January 12th: 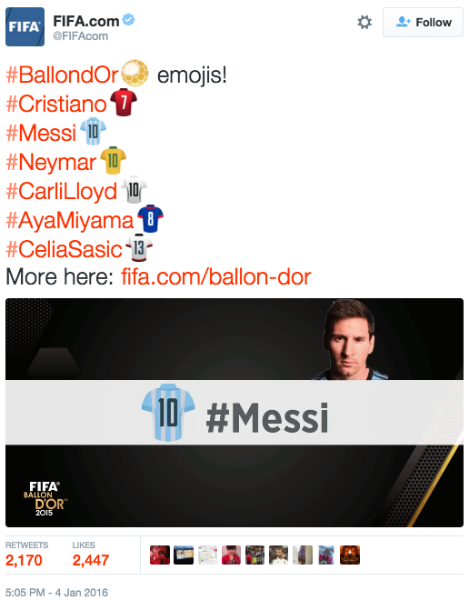 It didn’t take long for Barcelona and Brazil star, Neymar, to Tweet his excitement: 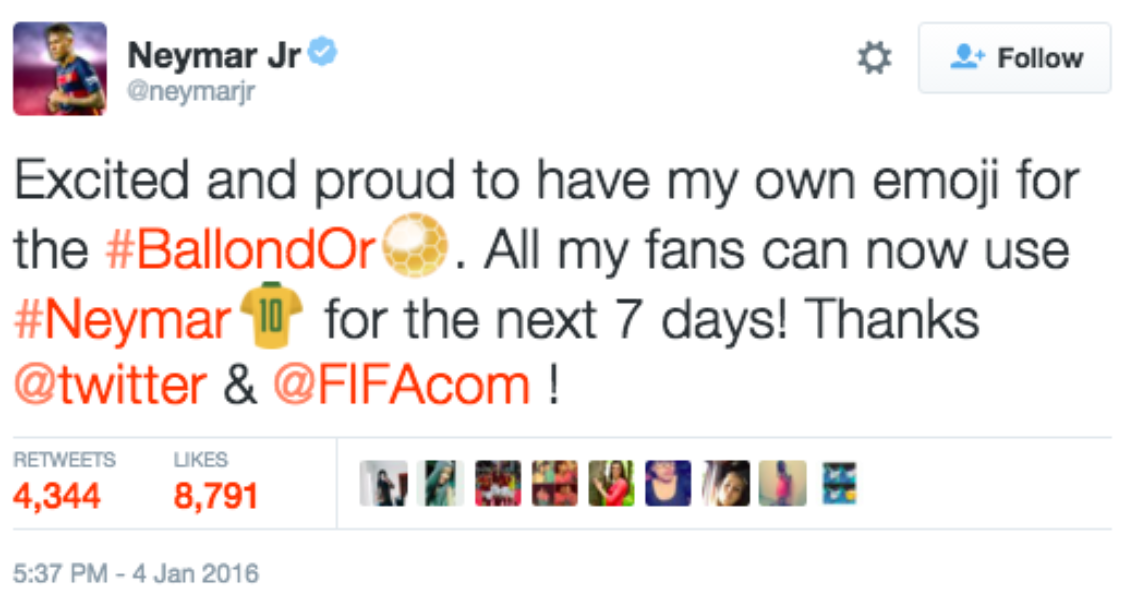 The Twitter winners
We won’t know until Monday of course who the official winners are of the various awards. But we’ve taken a look back at Tweet mentions of the shortlisted candidates in 2015 to see who might enjoy #BallondOr success, if conversation on Twitter is anything to go by:

FIFA @FIFPro World XI (Team of the Year):
55 of the top-performing players in 2015 are shortlisted, but only 11 will make the FIFA FIFpro World XI. We’ve assembled an alternative XI from the shortlisted candidates based on the most-Tweeted-about players in each position (goalkeepers, defenders, midfielders, and strikers) across the year: 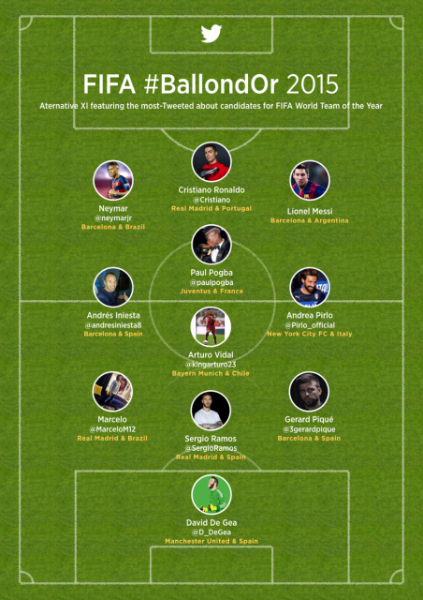 Keep an eye out as we draw closer to Monday’s event because FIFA will be using seven of its Twitter accounts (@fifacom, @fifacom_es, @fifacom_ar, @fifacom_de, @fifacom_fr, @fifaWWC and @fifamedia) to poll around 14m followers on who the fans think should win the coveted awards.