BAVC Fellows get to know the NeighborNest

Earlier this month, Twitter’s NeighborNest celebrated its one year anniversary. The NeighborNest, located just across the street from Twitter’s headquarters, was founded to provided technology training and resources to the mid-market neighborhood as well as to build community between Twitter employees and residents. In the last year, the center has had 3,500 visits from local residents, conducted over 920 programming hours, and provided over 800 hours of free childcare to local families in partnership with community organizations such as Compass Family Services. 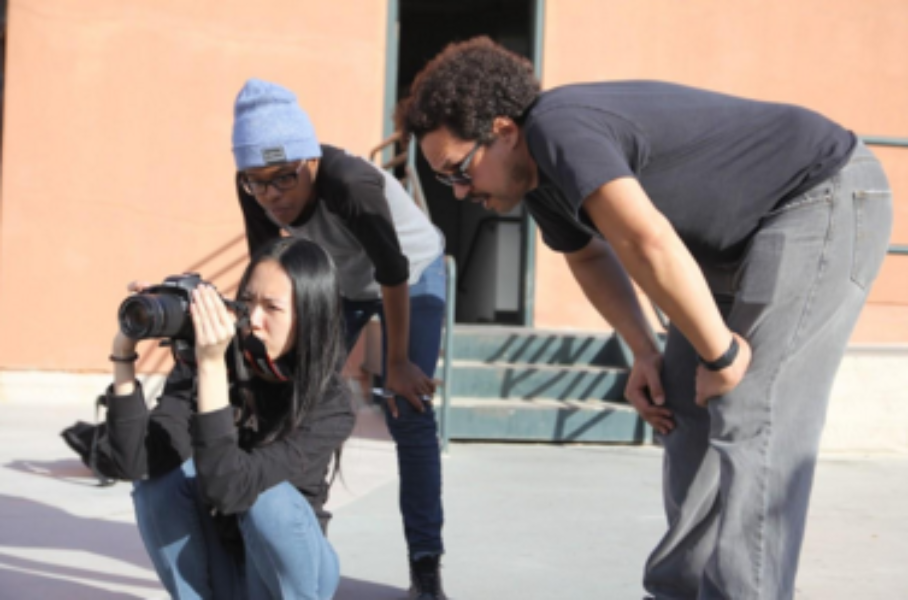 Dgindi Streeter, Tiffani Castro and Kayi Li had the chance to work with the NeighborNest just before the big anniversary to create their final film projects. These three young filmmakers were participants in the Emerging Media Makers Fellowship program at the Bay Area Video Coalition (BAVC), a San Francisco based nonprofit organization that has been working for 40 years to amplify diverse stories by providing services, career advancement resources and industry standard training to community members. All Emerging Media Makers fellows received 72 hours of training in career readiness as well as video production or graphic design and created a final project for a client. Dgindi, Tiffani and Kayi each profiled the work that the NeighborNest does with their partner organizations: Dgindi with the Hamilton Family Center, Tiffani with Catholic Charities & Maureen & Craig Sullivan Youth Services and Kayi with United Playaz.

One of the focuses of the NeighborNest is to provide technical training to community members. This includes fun and interactive coding classes for even the youngest clients of the partner organizations. Tiffani shared that she personally feels ‘that the best thing the NeighborNest provides is the coding classes for the youth. “I think it’s really cool that they’re getting the children into coding and computer software at a young age.” These classes also allow Twitter staff to participate in the center in a meaningful way. In fact, Compass Family Services Director Erica Kisch noted that the location of the NeighborNest was decided upon so that Twitter employees “could walk over right from work and take a volunteer shift.” Kayi, who filmed Twitter employees teaching a lesson, noticed immediately that staff members “are patient to hear kids’ thoughts and willing to help them. They look like the friends of the children in the NeighborNest.”

Initially, Dgindi admitted that, “Being at the NeighborNest, I was skeptical that I wouldn’t fit in because I assumed that it would be a bunch of ‘techies,’” but “once I saw the sense of community and new ways of thinking that they bring to the kids, I was AMAZED!” Tiffani echoed this surprise: “I honestly didn’t know what to expect, they had a kitchen with snacks, a play area for the daycare they provide, and a computer lab.” Twitter engaged with the community in a six-month process of deep listening that allowed them to effectively glean what resources would actually be valuable to their neighbors.

Reflecting on their final experiences, Tiffani and Dgindi shared the sentiment that they hope to see other tech companies follow Twitter’s lead to give back to their communities. Kayi said she hopes to work with the NeighborNest again and felt really happy to gain experience not only with video production, but also working with kids.