Bringing you courtside for #MarchMadness

With Selection Sunday behind us, 68 college basketball teams are now playing to cut the nets down and win the #NationalChampionship in Houston. Follow all of the live #MarchMadness action on and off the court.

The best and fastest way to join the live conversation and connect directly with the teams and fellow fans is to search for and Tweet with #MarchMadness.

To help bring March Madness Tweets to life, we’ve partnered with the NCAA and Turner Sports on special Twitter emojis. Fans can Tweet with these hashtags throughout the tournament to bring color to Tweets:

After hearing their name called on Selection Sunday, teams turned to Twitter using the #LetsDance hashtag: 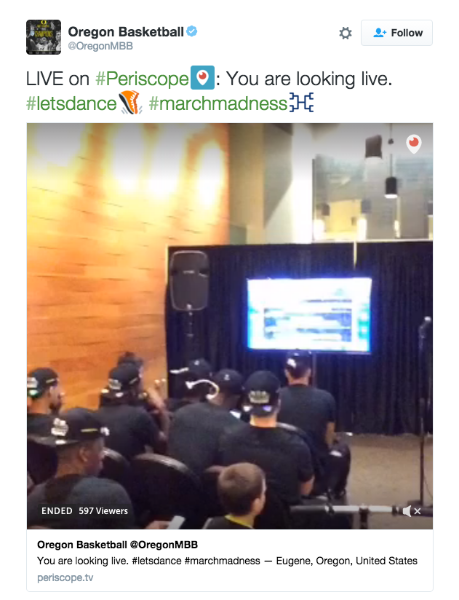 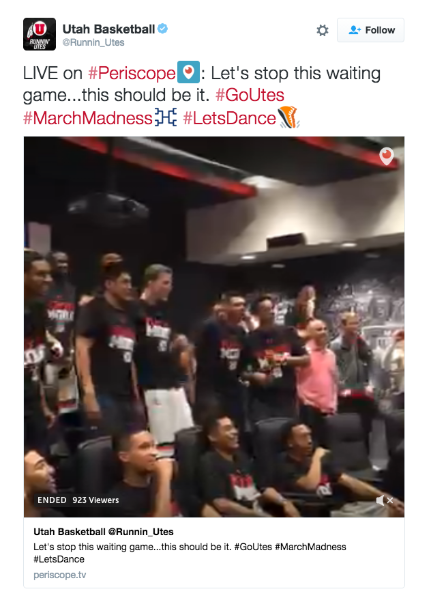 With so many games over the next few weeks, there’s a chance you’ll miss some of the best #MarchMadness Tweets. But we’ve got you covered!

On Moments, from now through the end of the tournament, there will be a March Madness tab full of all the great content and stories unfolding during and around the games.

Key accounts to follow
US fans can watch the action on CBS and Turner Networks (TBS, TNT, and TruTv). To stay connected throughout the tournament, look no further than these accounts for score updates, highlights, behind the scenes content, and analysis:

@marchmadness, in partnership with Turner Sports and the NCAA, will serve as the official handle of the tournament, offering up everything from in-game highlights to talent analysis to score updates. You can find and follow all of the tournament teams here.

Who do fans on Twitter think will win the tournament? Instead of looking at who generated the most overall conversation, we specifically measured which teams were talked about in the context of winning. So we analyzed how many Tweets used a team-related keyword alongside a “winning” related keyword (from March 13-15, 2016), and then proceeded head-to-head bracket style to arrive at the fan prediction. 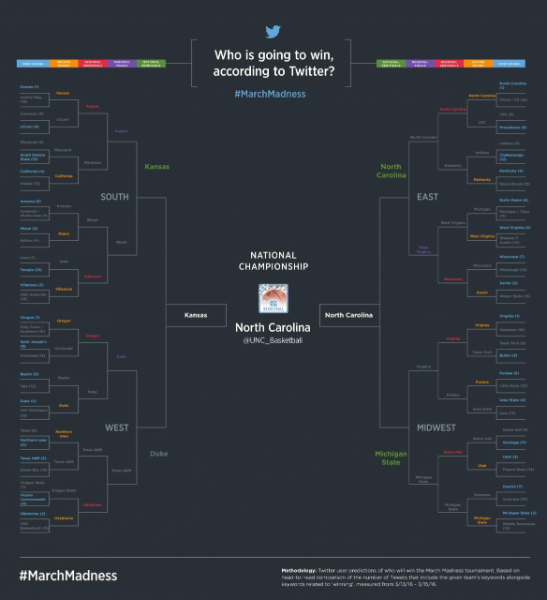 As you can see, @UNC_Basketball defeats @KUHoops in the National Championship based on the roar of the crowd on Twitter.

Make sure to Tweet and cheer your favorite #MarchMardness teams and players on all tournament long!