Just moments after the final whistle blew, players took to Twitter to share in the celebrations with fans:

Discussion around #PORFRA didn’t just take place within the two nations, it was a truly global moment. This heat map shows how conversation spread around the globe as the match unfolded: Cristiano Ronaldo was the most-Tweeted about player during the final despite suffering a knee injury and being replaced in just the 24th minute of first half. The top three most mentioned players were:

Since the tournament began a month ago, we’ve seen more than 109 million Tweets related to #EURO2016.

Over the past month, the top five most-Tweeted about players were:

The top five most-Tweeted about teams during #EURO2016 were:

The five moments, from group stage through the final, that caused the greatest spikes in conversation on Twitter were:

Here is a selection of the most Retweeted Tweets of #EURO2016:

There have been red cards, offsides and plenty of more incidents throughout the tournament, but ultimately it’s goals that determine matches. This interactive data visualization (created by our data scientist @KristW) illustrates how Twitter reacted in real-time to every goal during #EURO2016. You can read this blog post for more in-depth information about the viz. 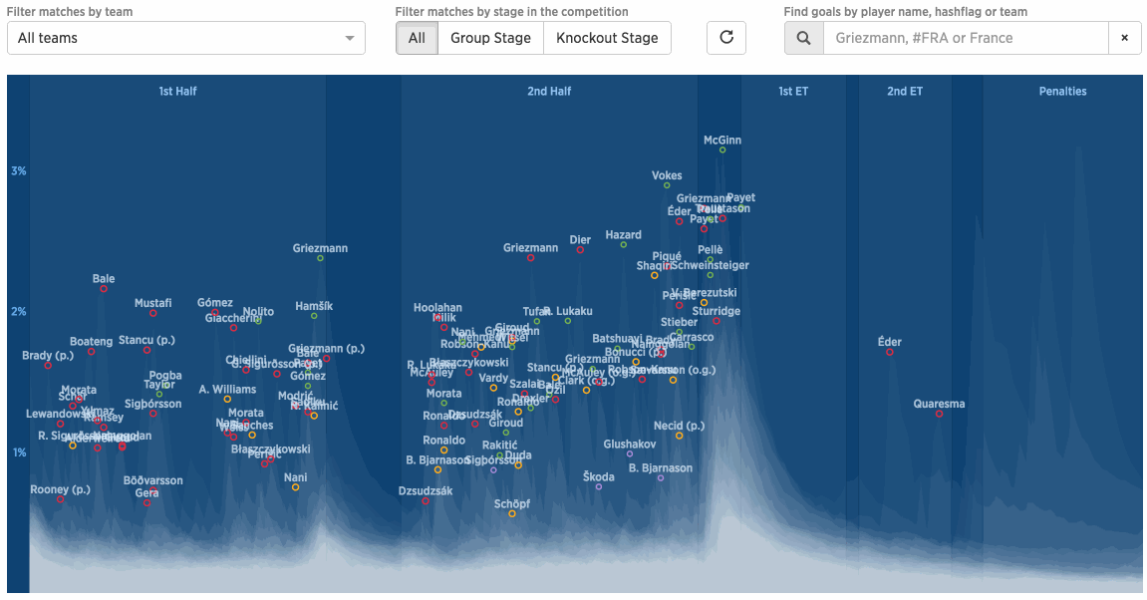 Players, coaches and referees have kept fans talking on Twitter for the past month. But which eleven players take their place in our Twitter Dream Team, based on the most-mentioned players during the tournament? We’ll leave you with the #EURO2016 Twitter team here: 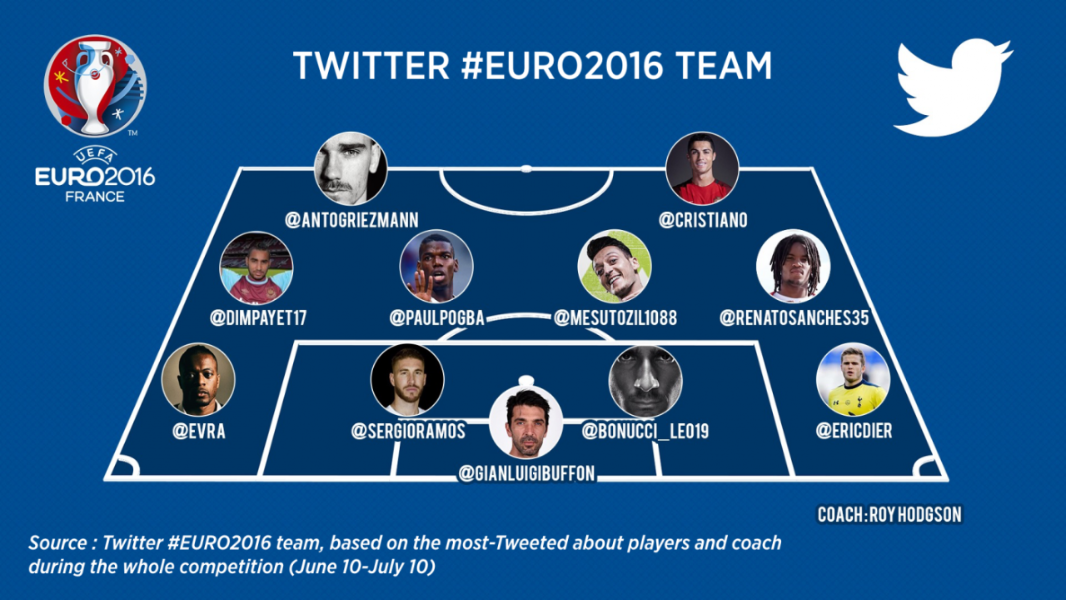