The 88th Academy Awards is upon us this Sunday, and stars, industry moguls and fans are already preparing for Hollywood’s big night — on Twitter.

From film premieres through Oscar nominations day, Twitter has been buzzing nonstop about the movies this year. We took a look at which contenders would win across leading categories if they were measured by Tweets. While there are some clear front-runners in terms of conversation, fan favorites vary from state to state.

Check out this embeddable, interactive map of #Oscars Twitter conversation across the US (and you can head to the Twitter Data blog for a deep dive into how we brought this visualization to life): 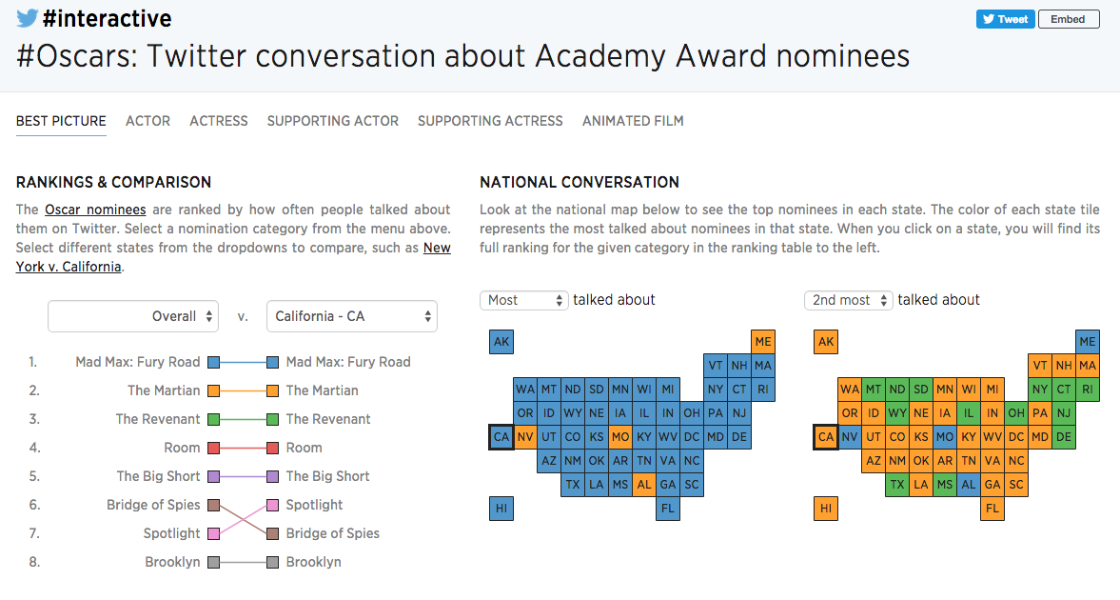 On Sunday, we’ll be offering a front row seat to all things Oscar on Twitter and Periscope. To mark the gala occasion, we’ve launched a new Twitter emoji and a Periscope heart that give you another way to join the fun.

Starting today, you can unlock a statue emoji when you Tweet the hashtag #Oscars; on Periscope, that hashtag will transform one of every five hearts into a bag of popcorn.

On the ground, @TheAcademy will be capturing exclusive moments with a Twitter Mirror with GIF functionality in the green room.

New this year, movie buffs will also be able to relive moments from the Best Picture movies — with a twist. On Periscope, you can see interpretations of your favorite scenes from the Best Picture nominees with Periscope broadcasters reenacting them during commercial breaks. Be sure to join in on the fun by tuning in to the broadcasts with the hashtag #onetake (which will also trigger the special Periscope heart).

Lastly, here are some fun facts to get you ready for the Oscars fest. We analyzed Oscars contenders nominated for Best Actor/Actress, Best Supporting Actor/Actress, and Best Director to see who is the most likely to engage with their Twitter fans. In the 30 days following the announcement of Oscar nominations (Jan 14-Feb 13), we looked at how often Oscar nominees on Twitter replied to, liked, or Retweeted fan Tweets. And the Twitter congeniality award goes to: 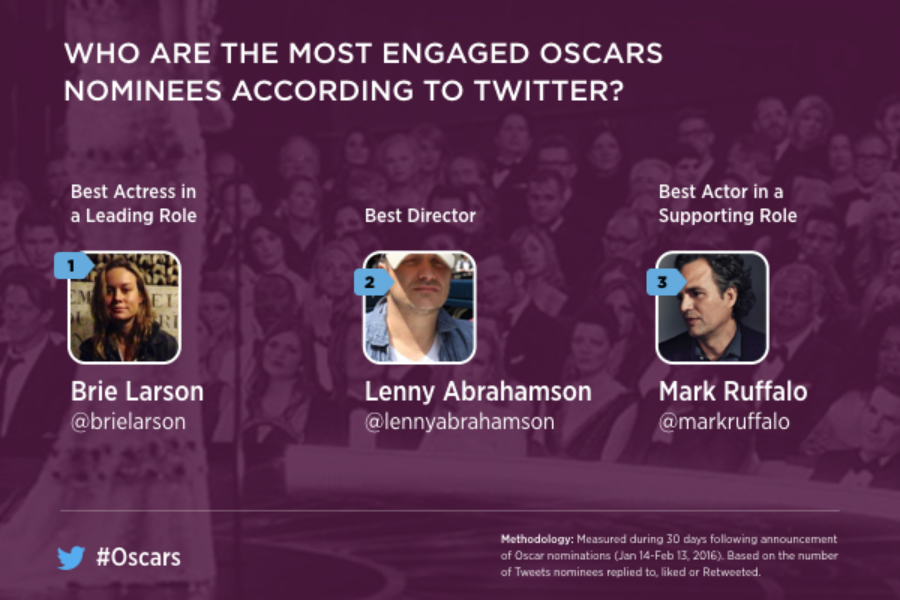 To hold you over until Sunday, check out some of these Oscars Tweets.