The 58th Annual GRAMMY Awards are coming up on Monday, Feb. 15, and as always, Twitter is your backstage pass to the action before, during, and after @TheGRAMMYs.

In anticipation of the big show, we looked at the nominees who were the most talked-about on Twitter during the GRAMMYs eligibility period (Oct. 1, 2014 - Sept. 30, 2015). If the winners were decided by Tweets, here’s who would win by category:

Album of the Year 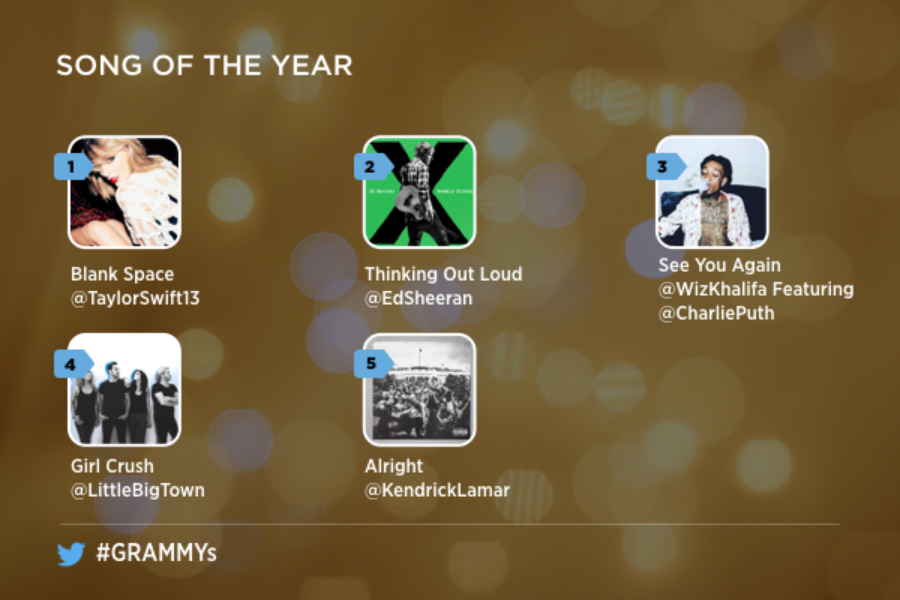 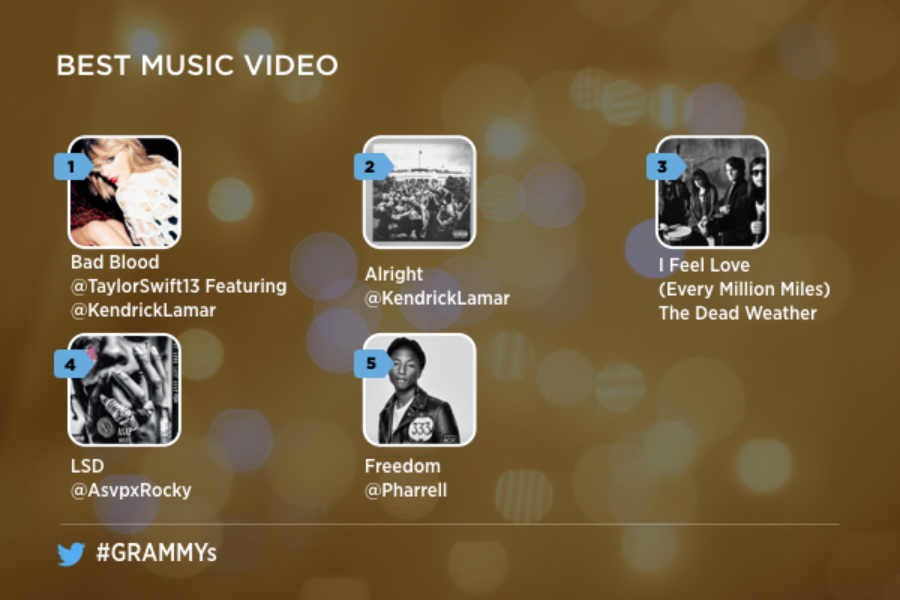 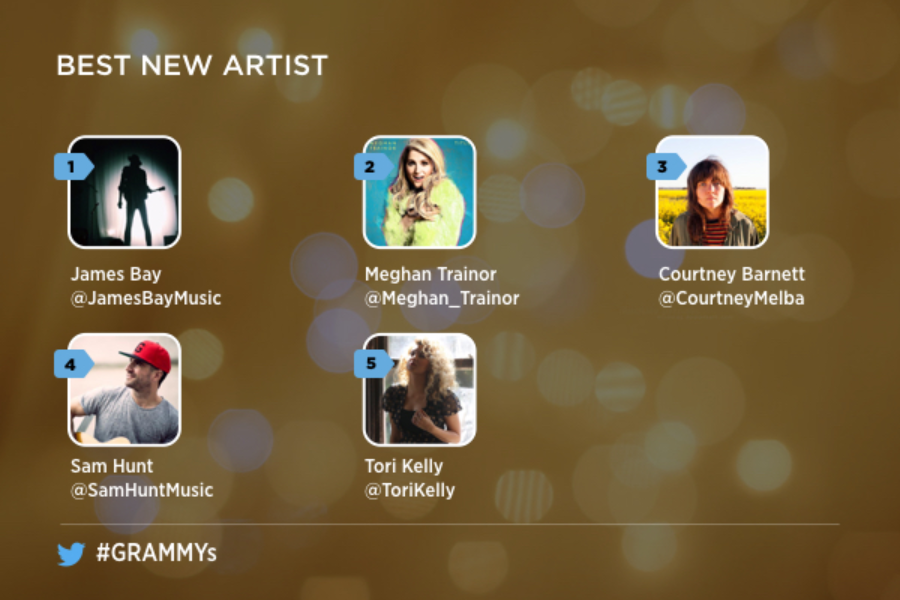 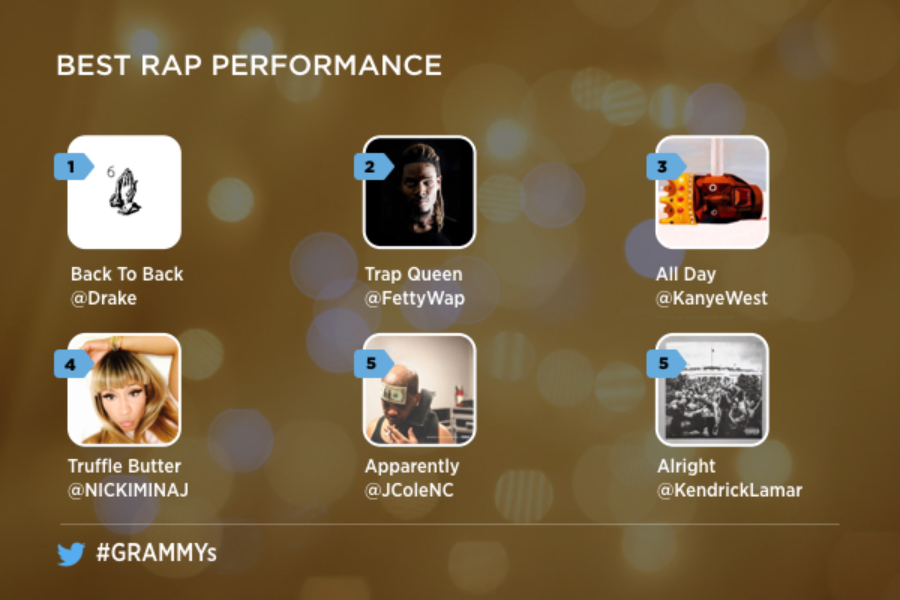 For the best behind-the-scenes looks at the nominees, presenters, and performers this weekend, be sure you’re following along with digital creator Connor Franta (@ConnorFranta), the GRAMMYs’ official Twitter correspondent. Connor will be delivering live backstage coverage that includes exclusive access to rehearsals today, and continuing through the show’s broadcast on Monday.

For the second year, @TheGRAMMYs are doing a series of #OnlyOnTwitter artist-to-artist Twitter Q&As, which included chats with @liannelahavas, @LeonBridges, @ToriKelly and @JamesBayMusic yesterday, and Q&A chats with @Disclosure, @CharliePuth, @asvpxrocky, and @Meghan_Trainor and @LA_Reid today. There are several more confirmed leading into the show (to be announced) so follow @TwitterMusic to join the conversation!

Throughout the next few days, Twitter is your VIP pass to all the exclusive GRAMMY events in Los Angeles. Watch for exclusive GIFs and photos from both the @MusiCares’ benefit gala and the annual pre-GRAMMYs gala.

Twitter will also be ever-present on Monday night with Twitter Mirrors and the Twitter Challenger App across the red carpet and backstage. For the first time ever, full-length Twitter Mirrors equipped with custom GRAMMY stickers will be capturing stars as they walk on and off the stage. GRAMMYs’ official Viner, @TheGabbieShow, will be Tweeting six-second interviews with personalities, @ExtraTV will be capturing photos and videos, and @People will be Tweeting exclusive GIFs of the night’s biggest celebrities.

Follow the #GRAMMYs hashtag to see what the world is saying about the show, and be sure to follow @TwitterMusic and @TwitterTV as we live-Tweet from @STAPLESCenter Monday night.

Special thanks to @CaitHood for her contributions to this blog post.