Along with metallic coats and vintage prints, live video was a major trend at New York Fashion Week (@NYFW) last month. The energy in New York was electric as brands, designers, and models turned to Twitter to share the fashion and glamour with the world. Storied retailer Neiman Marcus (@neimanmarcus) took an especially innovative, video centric approach to draw thousands of fans and followers to its Twitter content throughout the event.

Live from New York
As a leading luxury retailer, Neiman Marcus positions itself as an authority on all things fashion. “We always have a big presence at NYFW, with more executives sitting in the front row at shows than any other retailer,” says Regina Campbell, director of social media and co-op advertising for Neiman Marcus. “This season, there was a definite shift at NYFW to a ‘see now, buy now, wear now’ attitude which is really exciting for both us and consumers who have always wished they could shop NYFW immediately.”

This change was driven by designers including Rebecca Minkoff (@RebeccaMinkoff), who featured her current season’s fashions rather than forward-looking collections. Those designs then hit store shelves immediately after the show. To align with this trend, Neiman Marcus embraced Twitter’s ability to create a live connection to customers, giving them an unprecedented front-row and backstage experience at dozens of exclusive shows.

“We knew that video would make a huge impact during NYFW, especially if it was live,” explained Campbell, “and Twitter and Periscope are the most effective platforms during moments of relevance like this.” The team utilized the Periscope app on a tablet device to live-stream runway shows by designers such as @KateSpadeNY, @AlexanderWangNY, and @PrabalGurung. Immediately, fans and followers tuned in both on Periscope and in their Twitter timelines to watch, comment and participate. Neiman Marcus also promoted its live Periscope broadcasts on Twitter to reach an even wider targeted audience beyond its followers, driving thousands of additional views. 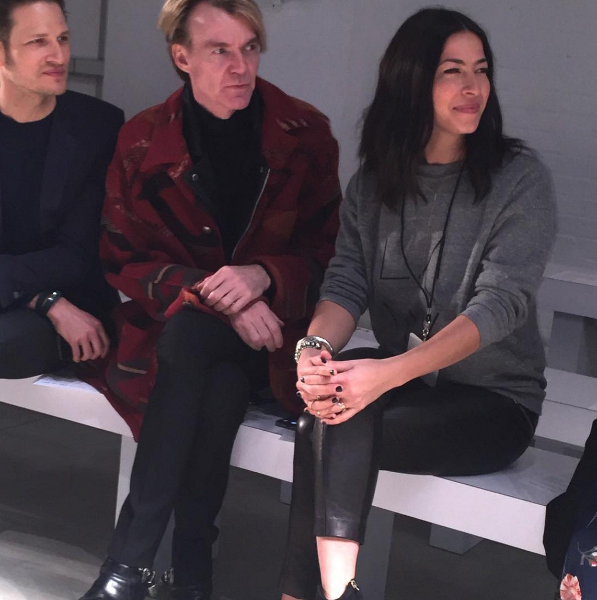 The magic of audience participation
The first shows the team Periscoped were the Kate Spade and Jason Wu presentations. Immediately, hundreds of people started viewing and commenting on the broadcasts, asking for a closer look at a particular dress, or a more detailed look at the accessories via comments. The team at Neiman Marcus gave them what they asked for — on the spot. “What surprised us the most was that through hearts and comments, viewers were actually collaborating and co-creating this content with us,” says Campbell. “It was exciting and electric. We knew we’d tapped into this uniquely Twitter ability to connect our brand and this amazing content to customers, as it was all happening.” 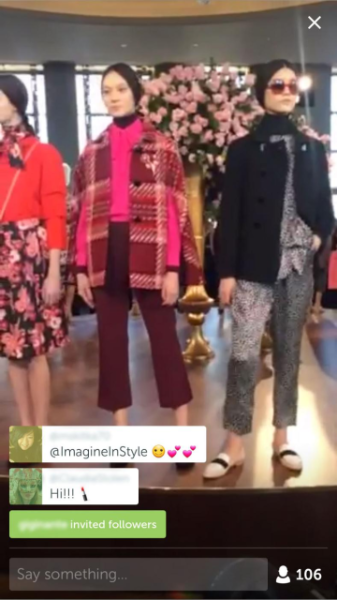 All told, the team covered 71 shows at NYFW and conducted 14 backstage interviews via Periscope to bring live, on-the-fly content to its fans.

We were having live conversations with our customers and actually co-creating content with them — this is what makes Twitter unlike any other platform.”

“Our videos were true sneak peeks into special moments during NYFW,” says Campbell. “People got to see our SVP, Fashion Director, Ken Downing talking to Rebecca Minkoff before her collection came down the runway. She had influential models with strong social followings walk for her, such as Devon Windsor (@devwindsor). It was amazing to see these cameos and provide an authentic glimpse into the behind-the-scenes madness.” 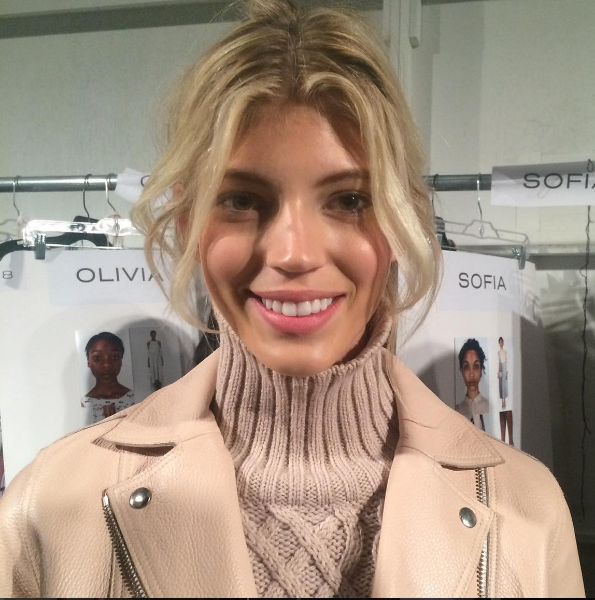 Spreading the word
Beyond Periscope, the team used several of Twitter’s solutions to spark participation and conversations.

Twitter Polls
To drum up interest in its live-streamed content and give people a say in their own NYFW experience, Neiman Marcus posted a Twitter Poll asking followers to pick which of four shows it should broadcast next on Periscope and Twitter. Trailblazing designer Rebecca Minkoff was the fan favorite, winning 39 percent of the 3,000+ votes. Thousands of eager fans enjoyed a front-row seat to that show later that day, via Periscope.

Promoted Videos
Neiman Marcus also published a series of timely Promoted Videos on Twitter that featured Ken Downing talking with fashion influencers. The videos were captured as Downing drove around Manhattan inside the not-yet-released Tesla (@TeslaMotors) #ModelX — a perk of the brand’s partnership with the auto company. Viewers heard style stars Rachel Zoe (@RachelZoe), Glenda Bailey, and Tina Craig (@BagSnob) discuss their impressions with Downing in pre-recorded clips throughout the week. As the videos were created, it was easy for Campbell and her team to post them to Twitter and promote those videos to ensure their audience would see and engage with the content.

Compared to its efforts at last September’s NYFW, Neiman Marcus’ live video approach was more effective across virtually every metric:

“This is the most amplified Fashion Week coverage we’ve ever had from a social perspective,” Campbell said. “We were having live conversations with our customers and actually co-creating content with them — this is what makes Twitter unlike any other platform. It allowed us to go from creating content in a box, to creating an experience shaped directly by our customers, and we’re really excited about it. This is definitely going to be a bigger part of our mix.”