How the @cavs #NBAFinals run unfolded live on Twitter

As the @cavs defeated the @warriors in a thrilling seven game #NBAFinals series, @NBA fans around the world caught the hoops action and conversation live on Twitter, Vine and Periscope.

Exclusive locker room access
Fans on Twitter and Vine were part of the celebration thanks to the @NBA and @cavs bringing fans on the court and inside the locker room:

Here are some amazing Vines from the celebration.

And some more shots from behind the scenes:

Fans in Cleveland have waited years for a title:

The @warriors were gracious in defeat:

As did former NBA greats:

This photo grid shows some of the most Tweeted images from the #NBAFinals:

Here are moments that generated the biggest peaks of Twitter conversation in the series, all of which came in the deciding Game 7:

These were the most mentioned Cavs players on Twitter during the series, led by #NBAFinals MVP LeBron James.

LeBron James was mentioned over 11 million times on Twitter during the #NBAFinals:

These were the most mentioned @warriors on Twitter during the series:

#Gear360 and Highlights
Passionate hoops fans had access behind the scenes and to great highlights throughout the Finals.

We worked with the NBA and Samsung to bring fans exclusive 360-degree video content shot with Samsung Gear 360 from each NBA Finals game. With one-click on a Twitter website card from an @NBA Tweet, fans triggered a full 360-degree video experience.

Thanks to @SAP, the NBA Tweeted highlights showcasing the best Statistical Performance of the Night, as well as custom statistical infographic videos:

And @StateFarm teamed up with the @NBA to show fans the best assists of the NBA Finals:

Twitter emojis
We partnered with the NBA to introduce hashtag triggered emojis for both teams and the official event hashtag, #NBAFinals. Emojis are a great way to add color to your Tweets and to find fellow fans Tweeting about your favorite team. 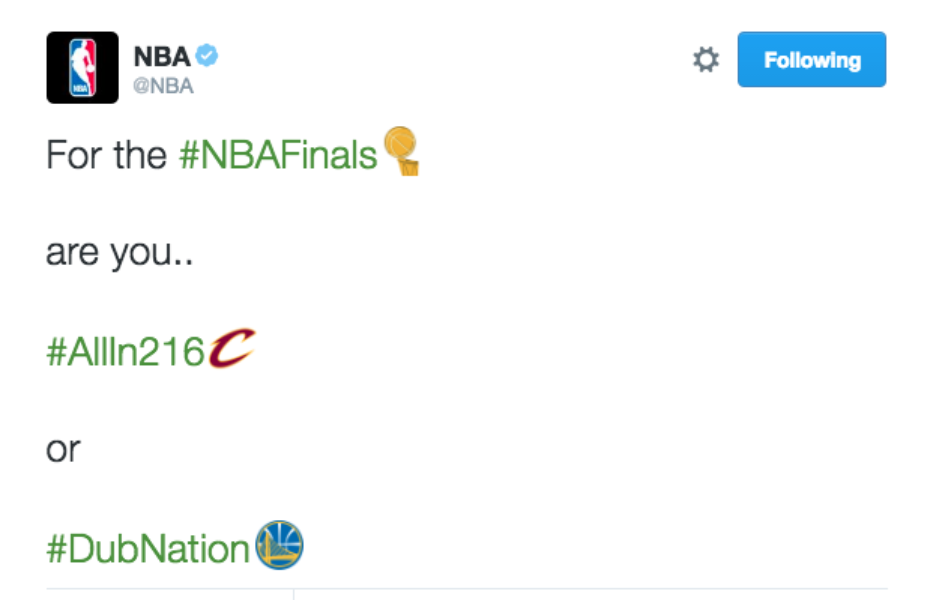 During the Finals, @NBA became the first organization to surpass 2 billion loops on Vine!

The NBA and @SportsCenter brought fans live video via Periscope: 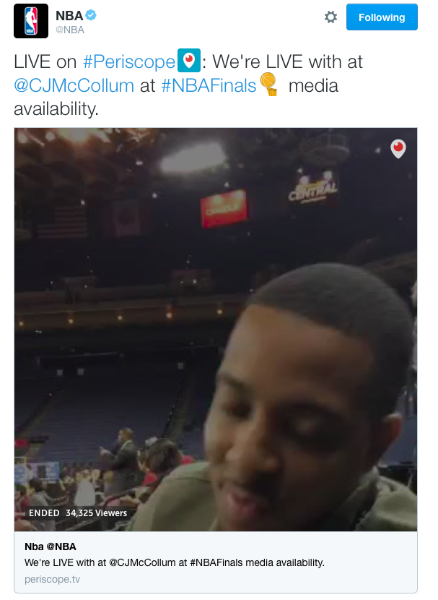 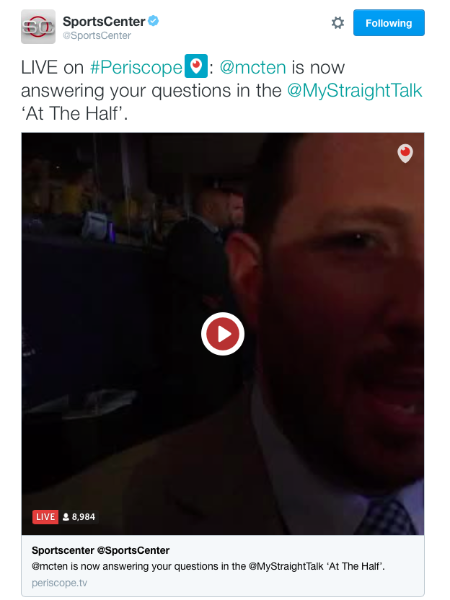 SportsCenter and the NBA also collaborated on all day fan vote on Twitter prior to game one. 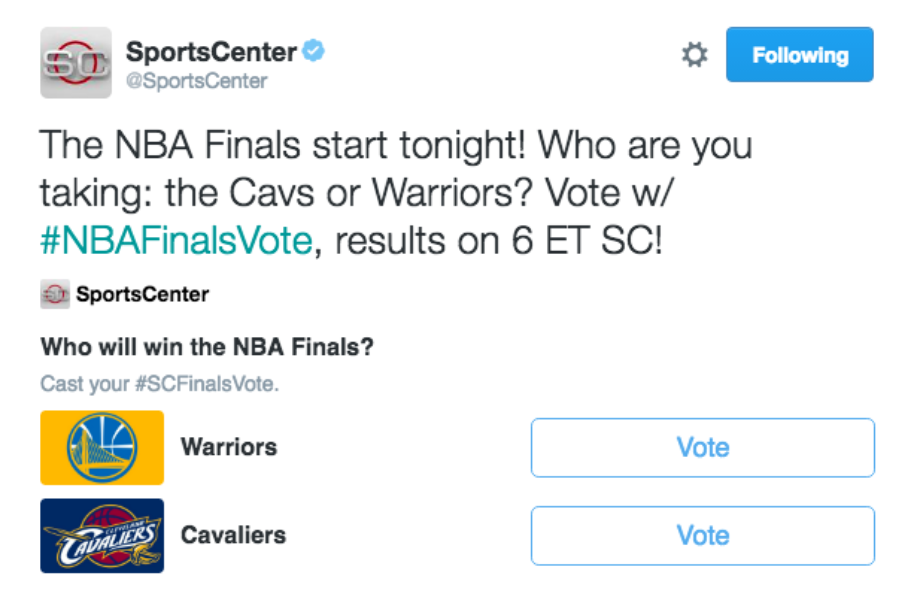 As we turn the page on another great @NBA season, it’s time to start talking all things #NBADraft. Turn to Twitter for all the news and conversation before, during and after the @NBA draft on June 23. We’ll leave you with this Twitter Moments recap of Game 7.