Last week at the Consumer Electronics Show (CES), early adopters instantly amplified the launch of every new smartphone by discussing the news on Twitter.

But Tweets from tech enthusiasts do more than help generate awareness. Our latest wireless path to purchase research, conducted with Millward Brown, shows they also influence fellow customers’ buying decisions. According to one study, wireless shoppers on Twitter care as much about reading reviews from other users as finding deals (1).

The takeaway for brands? To win customers on Twitter, it’s crucial to invest not only in sharing special deals, but also in cultivating a large, vocal group of advocates. Check out the 10 tips below to learn how to influence shoppers on Twitter at every stage of the purchase process.

About half (53%) of Twitter users describe themselves as early adopters — twice as many as nonusers (2). Reach out to these influencers, and turn them into champions for your brand by giving them early access to news and products, soliciting their feedback, and inviting them to share their knowledge and opinions.

For example, @ATT appeals to smartwatch insiders with this #FlashbackFriday Tweet:

#FBF to when ur smartwatch had a different number than ur phone. NumberSync℠, only at AT&T. https://t.co/l3j9cp7zHl pic.twitter.com/3Qhhqjc9Gp

2. Encourage early adopters to speak up

Twitter wireless customers are receptive to new options: half are open to switching providers in the next year. Furthermore, when making the decision, more than a third (34%) say they visit Twitter to read others’ reviews and experiences (1).

Increase the chances people will find positive Tweets about your brand by incentivizing satisfied customers to be vocal. This can be as simple as liking or Retweeting their comments.

3. Proactively engage shoppers in a helpful and friendly way

Most (>75%) Twitter users are more willing to recommend a brand after a friendly and personalized customer service interaction (3). Use social listening to identify shoppers on Twitter, and reach out to them to offer assistance.

Twitter users indicate they may be entering shopping mode by Tweeting phrases such as “broke my phone,” “my phone won’t stay charged,” “iPhone or Samsung?” or “which wireless carrier is best?” Carriers who respond can quickly gain favor.

Twitter users who engage with a Twitter wireless ad are 4X more likely than non-exposed users to switch wireless providers (4). Persuade customers to make a move by launching a timely Twitter campaign inspired by their needs and what they care about most.

For example, @Verizon knew that a large proportion of its target audience would be traveling on the Wednesday before Thanksgiving. Verizon earned brand love by launching a “Thanksgetting”-themed Promoted Moment packed with helpful offers: free in-flight WiFi, movies, music, and more. Twitter’s live nature meant that these offers reached stressed holiday travelers at the moment they were most likely to appreciate them.

A third of wireless customers say they visit Twitter to hunt for deals (1). To connect with these shoppers, highlight your key competitive differentiators and put your best offers forward.

Here, @Sprint offers a 50% discount to people who switch to its services.

Switch to Sprint and save 50% on most AT&T, Verizon or T-Mobile plans. Who wants to dance? https://t.co/ew8NhKgjNm

When paired with TV ads, Twitter ads lift TV return on ad spend (ROAS) by 14% (4). Get more mileage out of your TV ads by timing Promoted Tweets to coincide with your campaign.

When shopping for a wireless device or provider, more than a third (34%) of Twitter customers want to hear about others’ experiences (1). Once people have purchased your product, encourage them to share the details on Twitter.

As mentioned in tip #3, Twitter users appreciate friendly and personalized customer service on the platform. In fact, about a quarter (26%) say that customer service is a top reason they follow a brand (3). To boost customer retention, continue to offer support after people have purchased your product.

Need some extra motivation? It’s 80% less expensive for brands to resolve an issue on Twitter than by phone (3).

9. Connect with customers around their passions

Most Twitter users (82%) actively engage with brands on the platform (5). Find opportunities to align your brand with consumers’ interests to connect on an emotional level. For example, last fall @MetroPCS broadcast a Periscope of fighter Ronda Rousey at the Ultimate Fighting Championship . More than 12,000 people tuned in.

#WalkoutWithRonda & see what she sees tonight during #UFC193. Get a special invite from #TeamMetro’s @RondaRousey. https://t.co/xXRbbZTA7P 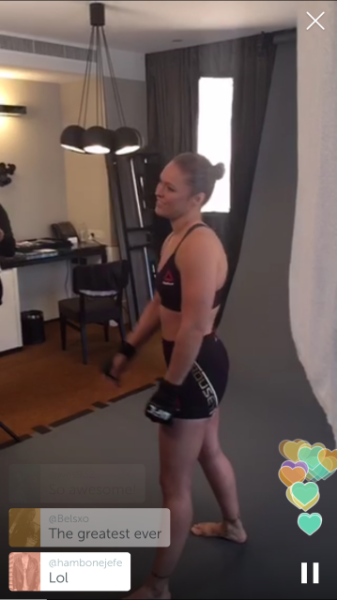 Image used with permission from @MetroPCS

10. Show customers how to get the most out of their devices and services

When shoppers engage in a friendly, personalized interaction with a brand on Twitter, 97% feel satisfied (3). Keep your customers happy by targeting them with tips and tricks that help them enjoy the full functionality of your devices and services. For example, a wireless company might use a Tweet to teach moms they they can use its cloud storage capability to exchange photos with loved ones.

Millward Brown Digital leveraged the Compete clickstream panel to determine the impact of exposure to Promoted Tweets on user behavior. The team analyzed 498,805 Twitter users in the US as they interacted with online sites from January 2015 to August 2015.

Millward Brown Digital conducted an online survey in the US, UK, and Canada to understand Twitter users’ attitudes towards Telco brands. More than 3,000 people were surveyed.

Millward Brown conducted an online survey among Twitter users and non users in June-July 2014. The sample included US consumers who intended to purchase a tablet, smartphone, wearable watch or a laptop in the next 12 months. For the Telco specific report, Millward Brown focused on consumers who own a smartphone or intend to purchase one in the next 12 months. The goal of the study was to understand behavior patterns as well as usage of Twitter among Tech and Telco customers and intenders.

In March and April of 2015, Twitter surveyed 14,040 users on the platform who said they had followed or interacted with brand customer service handles in the last six months. Twitter also manually classified a sample of customer service Tweets. The goal of the study was to understand consumer behavior on Twitter as it relates to customer service.

MarketShare conducted a multivariate regression analysis, modeling smartphone brand sales and media spend in order to predict ROAS on Twitter for the smartphone category in the US. The model included data from April 2012 –January 2015.

Millward Brown Digital conducted an online survey of 501 Twitter users who said they had engaged with a brand on Twitter. The goal of the study was to gauge how users who Tweet to, Tweet about, or Retweet a brand expect that brand to respond.