Both Twitter and Periscope show you what’s going on in the world, right now — whether that’s outside your window or across the globe. Since Periscope launched last year, people have created over 100 million live broadcasts. Today, we’re making it easier to see what’s happening by bringing Periscope broadcasts — both live and replays — directly into Tweets. 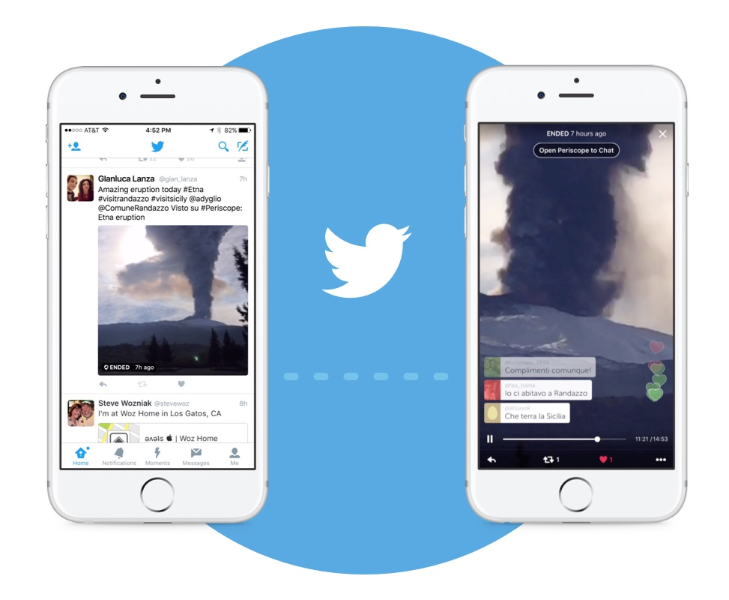 To learn more, check out the blog post from the Periscope team.