@TwentyOnePilots and their song “Heathens” take the #2 spot on the Top Popular Debuts for the month of June and the #4 place on the Top Popular Tracks for the week of June 20-27. The song is from the Suicide Squad motion picture soundtrack, out on August 5. The official music video is out now.

“Treat You Better” by @ShawnMendes takes the #1 spot on the Top Popular Tracks for two consecutive weeks (May 30-June 6 and June 6-13), in addition to claiming the #4 spot for the week of June 13-20. “Treat You Better” is the lead single off Shawn’s upcoming album, which follows his debut album “Handwritten” from April 2015. The TV Debut of “Treat You Better” was at Canada’s @Much#MMVAs.

“Famous” by @KanyeWest was #3 on the Top Popular Tracks for June 20-27. The song is off his album The Life of Pablo, released in February. Kanye held an event at The Forum in LA on June 24 where he premiered the music video for the song. His tour, Saint Pablo, kicks off in August in Indianapolis. 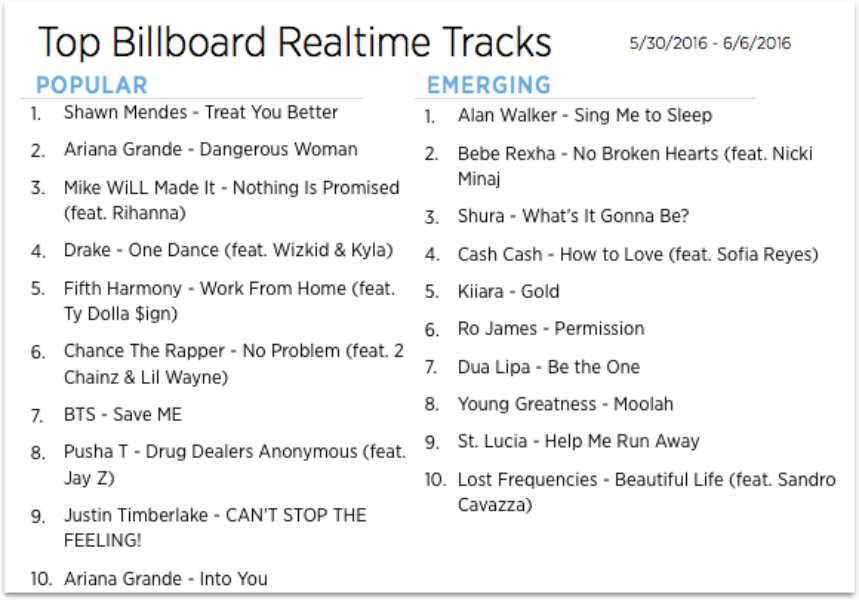 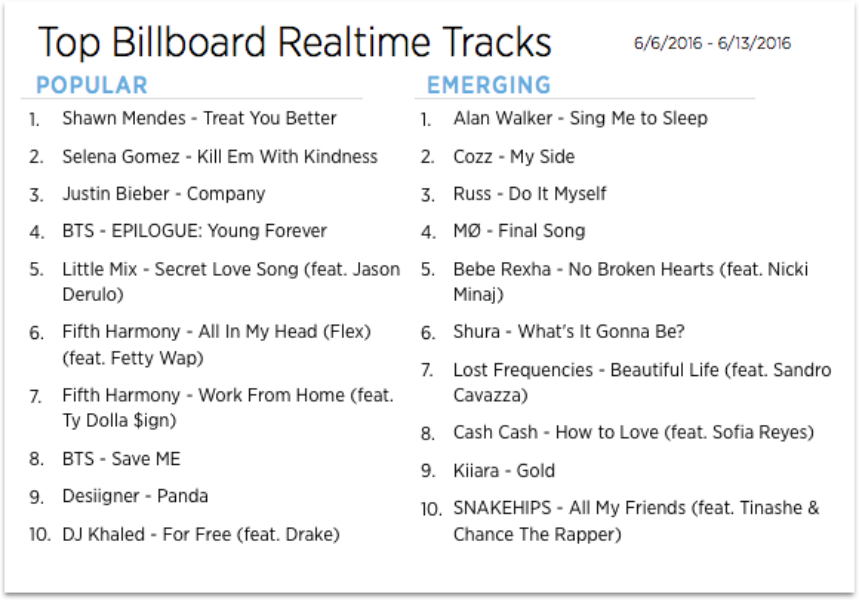 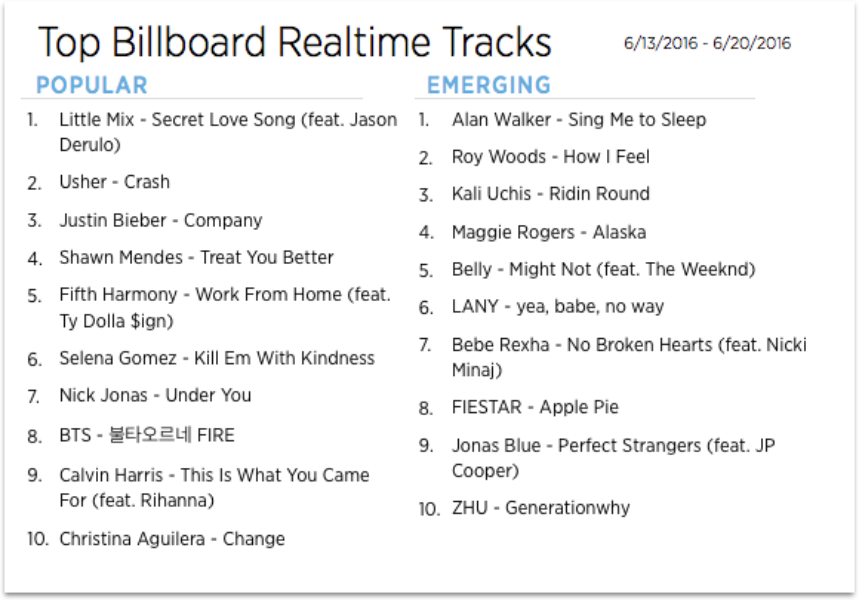 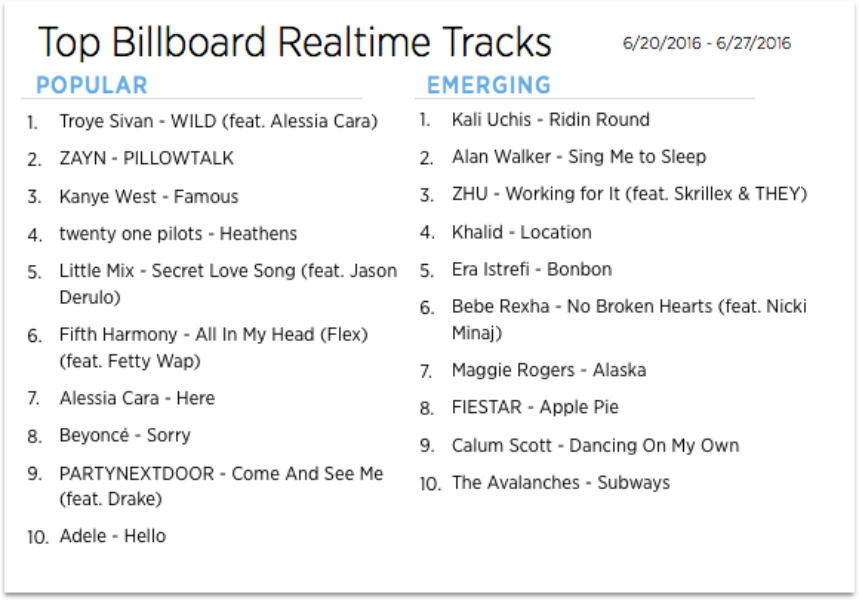