Justin TImberlake (@JTimberlake) took the #5 spot on the Top Popular Debuts with “Can’t Stop The Feeling” during the month of May. The song also makes an appearance on the Top Popular Tracks during the week of May 16-23 at #5 and May 23-30 at #10. He performed the song live at Eurovision 2016 and released a music video shortly afterwards. “Can’t Stop The Feeling” will also be featured in the animated film Trolls, out in November.

@ArianaGrande takes the #10 spot on the Top Popular Chart from May 9-16 with “Everyday” featuring Future (@1Future). The single is off “Dangerous Woman,” Ariana’s third studio album, out on May 20. The singer performed at the 2016 #BBMAs alongside other artists like @BlakeShelton and @GwenStefani.

Clams Casino (@ClammyClams) takes the #4 spot on both the Top Emerging Tracks for May 23-30 and Top Emerging Debuts for the month of May with “Witness” featuring Lil B (@LilBTheBasedGod). “Witness” is the first single off his upcoming album, “32 Levels,” due out July. The album will feature @VinceStaples, @AsvpxRocky, and @Alt_J. 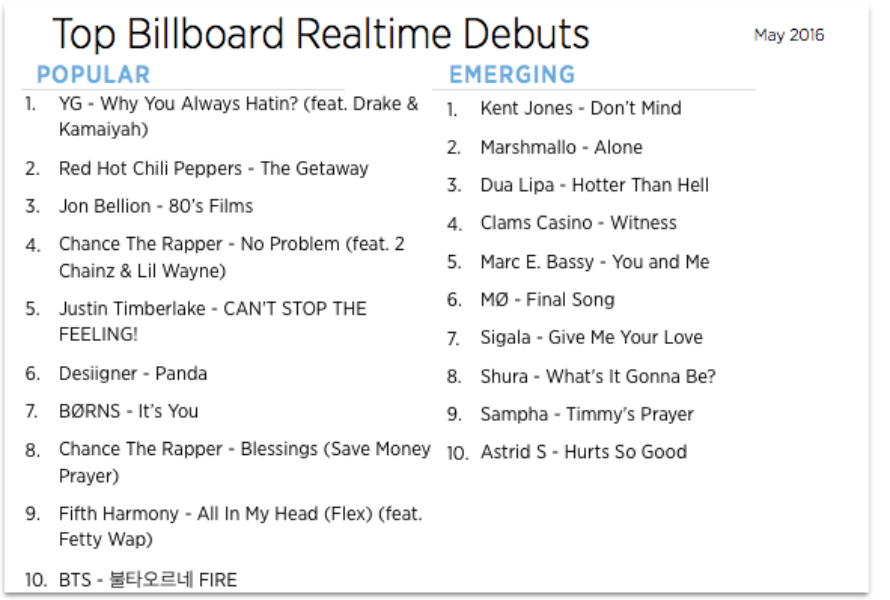 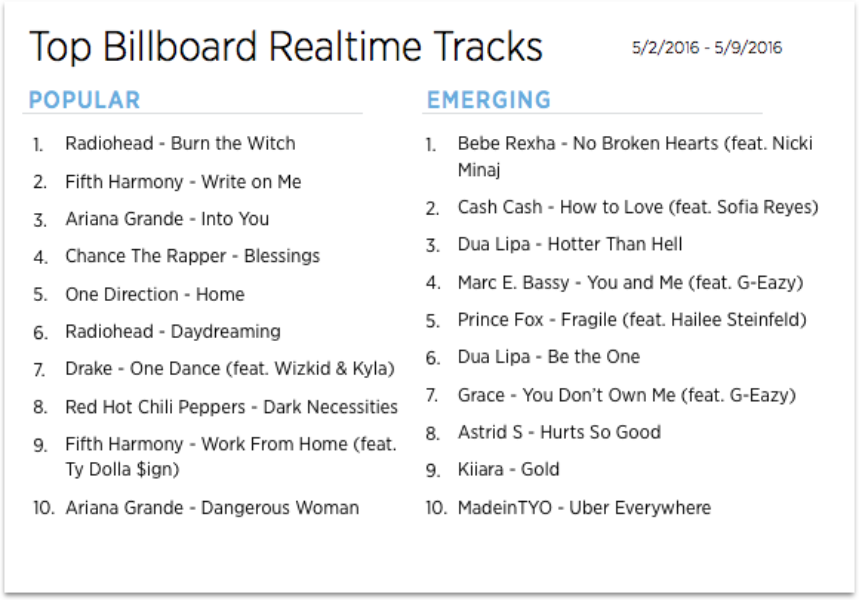 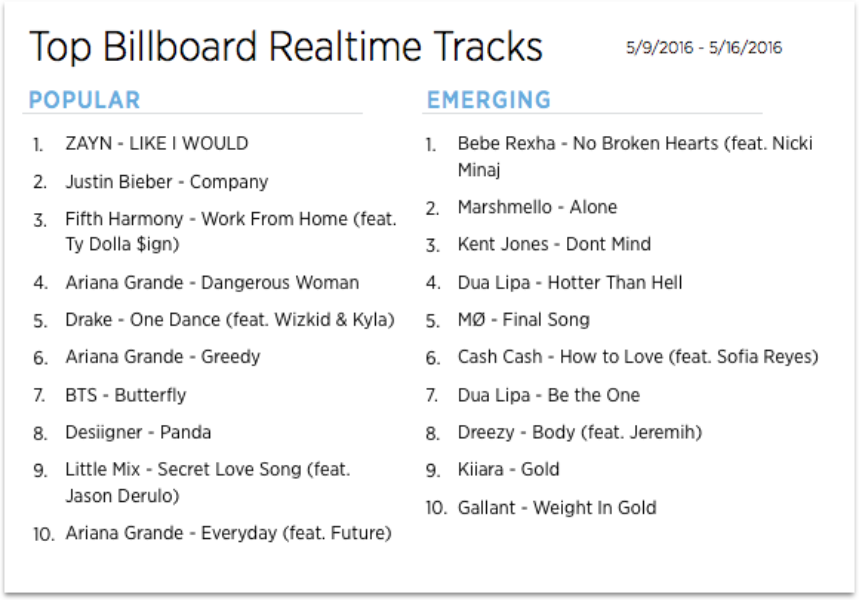 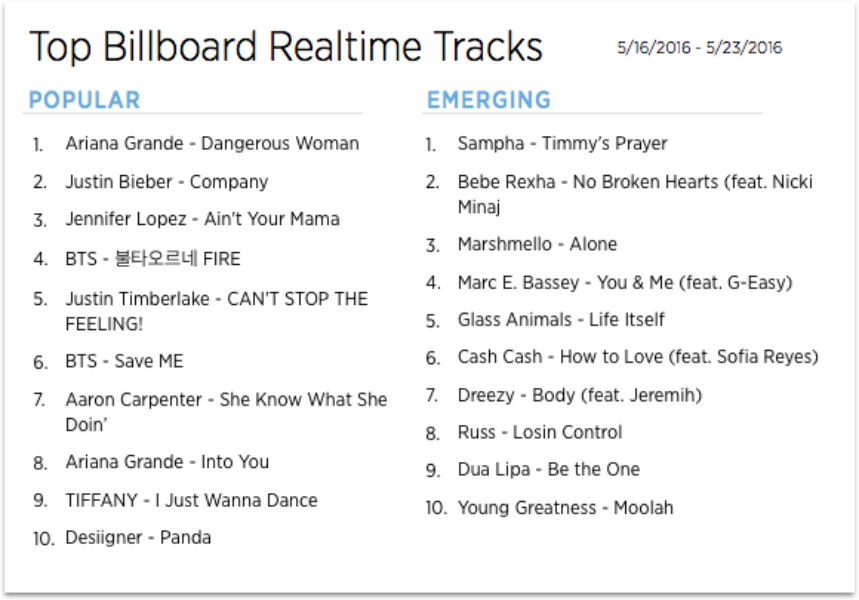 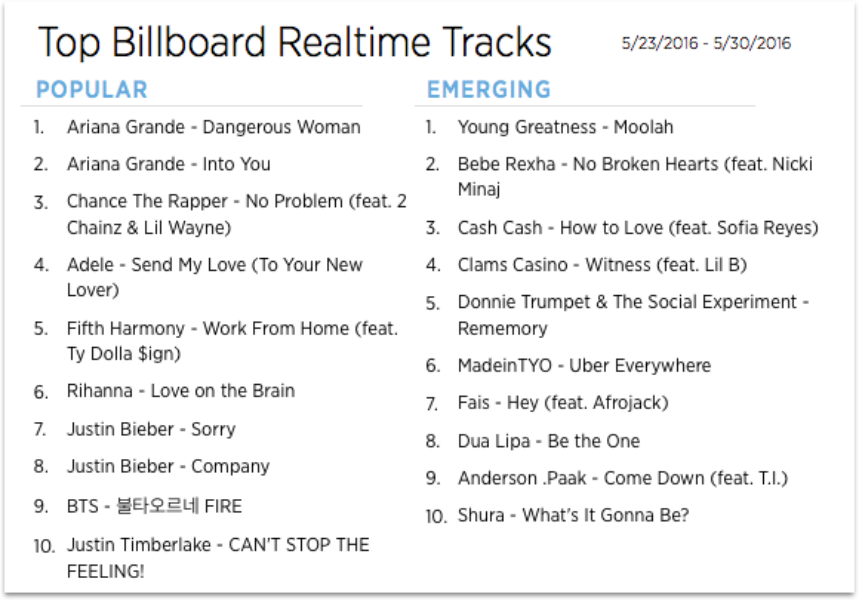