Copa América Centenario begins tomorrow in the United States with some of the best teams and players in the world vying for supremacy. And of course Twitter, Vine and Periscope will put you in the middle of the live @CA2016 action on and off the pitch.

Many of the top players are active on Twitter. The graphic below features the most followed players on Twitter who are competing at Copa América: 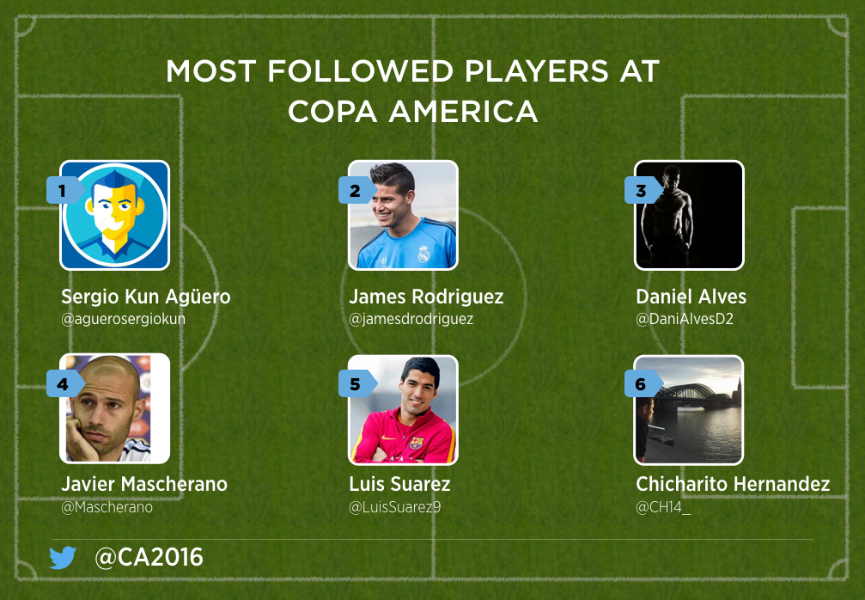 And this graphic highlights the most followed teams on Twitter who are competing at Copa América: 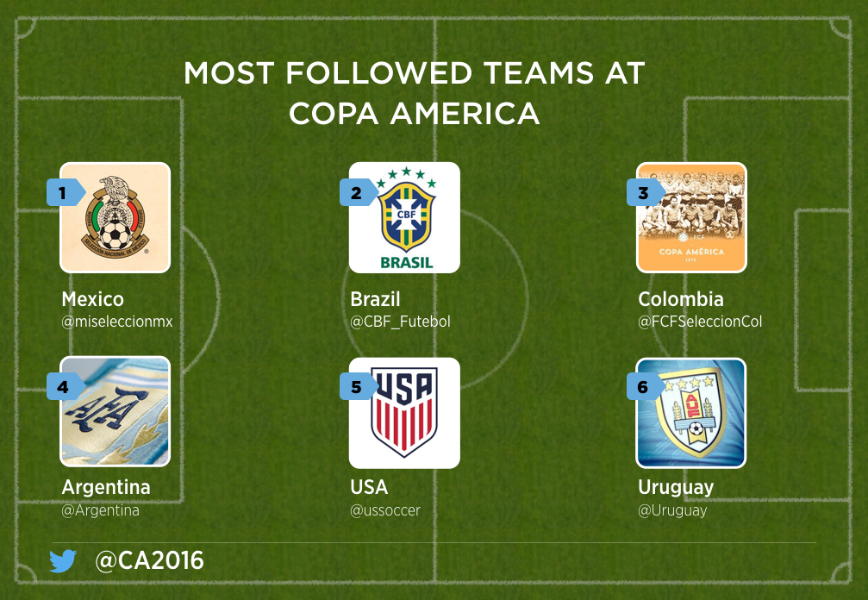 Soccer fans turn to Twitter to talk about the matches as they happen, as well as to discuss moments off the pitch. To join and follow the convo and to add color to your Tweets, we have launched Twitter hashtag triggered emoji for the official event hashtags: #CA2016 and #CopaAmerica. And there are also Twitter emojis for #RedCard and #YellowCard. 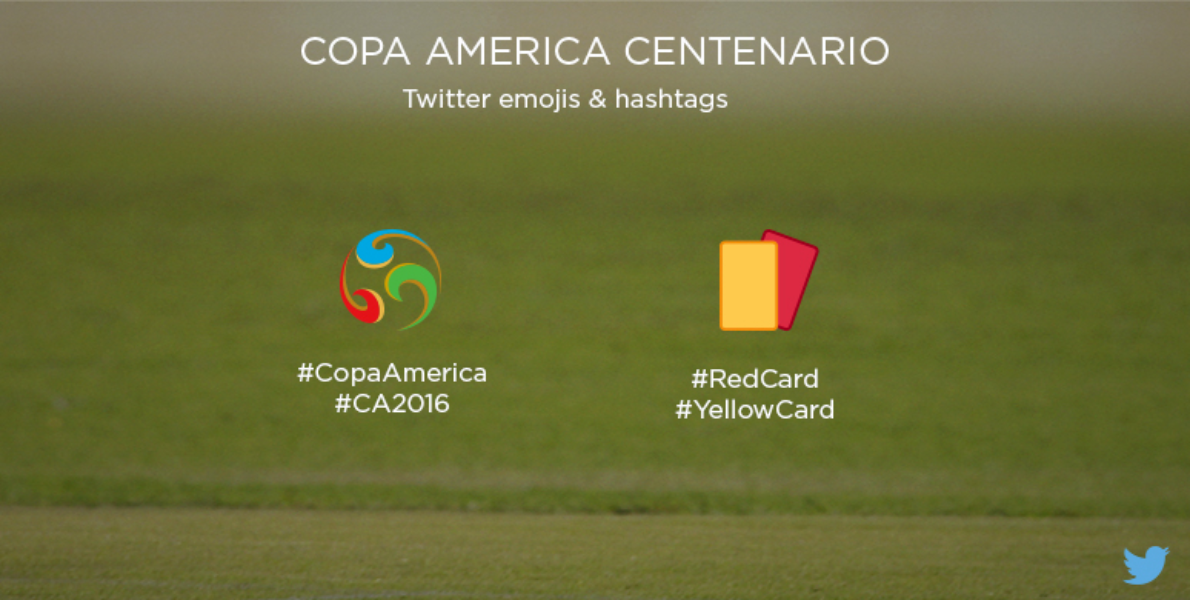 #CA2016 will be live, full of suspense and fun. And there’s no better place to join and follow the conversation than on Twitter, Vine and Periscope.