Twitter is reflective of real conversations happening in the world and that sometimes includes perspectives that may be offensive, controversial, and/or bigoted. While we welcome everyone to express themselves on our service, we prohibit targeted behavior that harasses, threatens, or uses fear to silence the voices of others. We have the Twitter Rules in place to help ensure everyone feels safe expressing their beliefs and we strive to enforce them with uniform consistency.

Our policies and enforcement options evolve continuously to address emerging behaviors online and we sometimes come across instances where someone is reported for an incident that took place prior to that behavior being prohibited. In those instances, we will generally require the individual to delete the Tweet that violates the new rules but we won’t generally take other enforcement action against them (e.g. suspension). This is reflective of the fact that the Twitter Rules are a living document.  We continue to expand and update both them and our enforcement options to respond to the changing contours of online conversation. This is how we make Twitter better for everyone.

We are continually working to update, refine, and improve both our enforcement and our policies, informed by in-depth research around trends in online behavior both on and off Twitter, feedback from the people who use Twitter, and input from a number of external entities, including members of our Trust & Safety Council.

A few examples of how our rules have changed*:

Similarly, our enforcement options have expanded significantly over the years. We originally had only one enforcement option: account suspension. Since then, we’ve added a range of enforcement actions and now have the ability to take action at the Tweet, Direct Message, and account levels. Additionally, we take measures to educate individuals that have violated our rules about the specific tweet(s) in violation and which policy has been violated. We also continue to improve the technology we use to prioritise reports that are most likely to violate our rules and last year we introduced smarter, more aggressive witness reporting to augment our approach.

Given the scale of Twitter, we will not always get it right. We believe we have to rely on a straight-forward principled approach and focus on the long term goal of understanding - not just in terms of the service itself - but in terms of the role we play in society and our wider responsibility to foster and better serve a healthy public conversation. 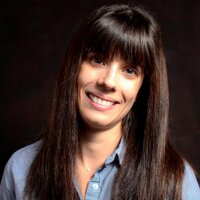