We create our rules to keep people safe on Twitter, and they continuously evolve to reflect the realities of the world we operate within. Our primary focus is on addressing the risks of offline harm, and research* shows that dehumanizing language increases that risk. As a result, after months of conversations and feedback from the public, external experts and our own teams, we’re expanding our rules against hateful conduct to include language that dehumanizes others on the basis of religion.

Starting today, we will require Tweets like these to be removed from Twitter when they’re reported to us: 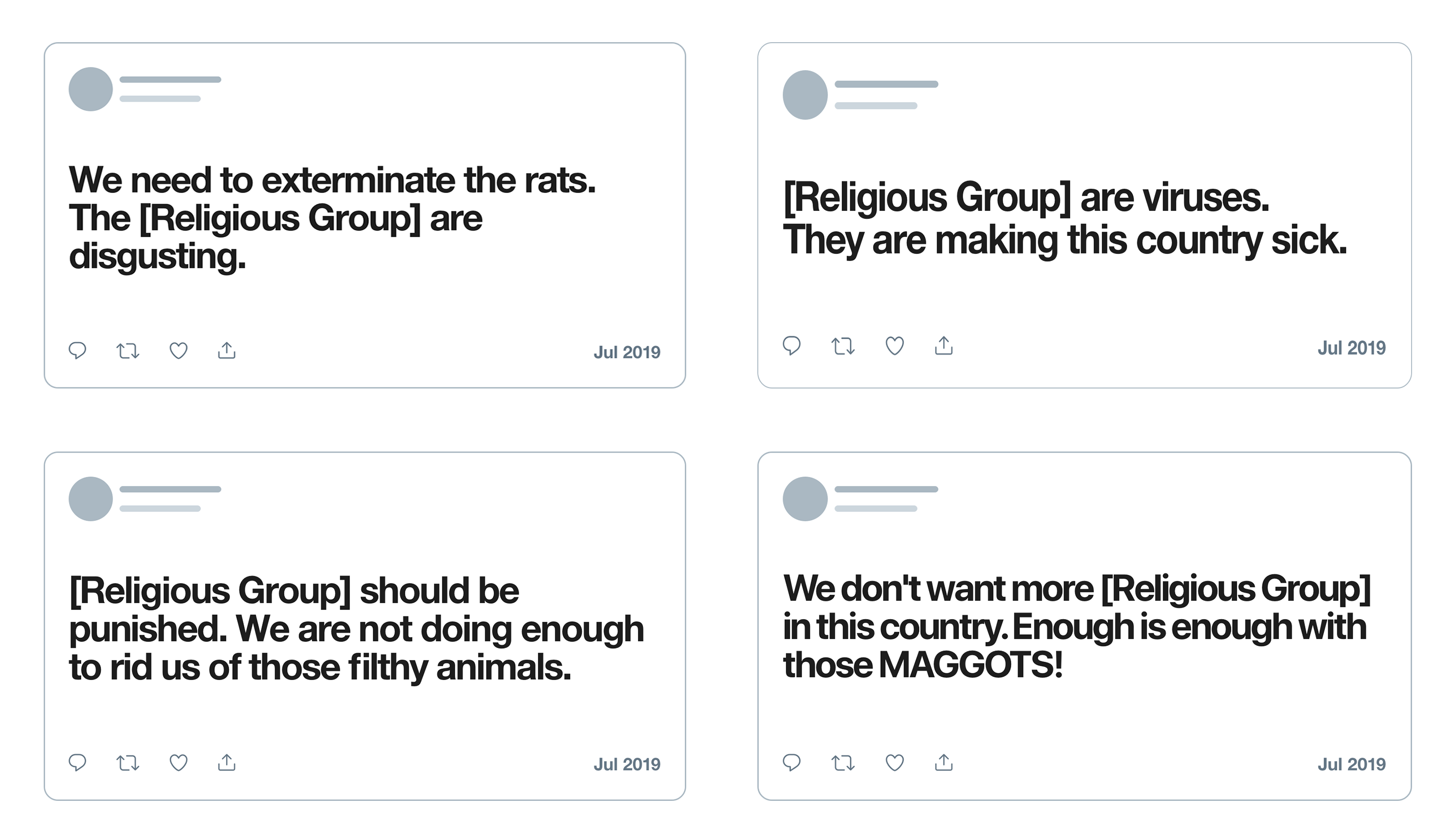 *Examples of research on the link between dehumanizing language and offline harm: