We want people to feel safe on Twitter. Last year, we shared that building a Twitter free of abuse, spam and other things that distract from the public conversation is our top priority. Since then, we’ve made strides in creating a healthier service. Today, we’re sharing an update on our progress and previewing some changes you can expect to see in the next few months. There will always be more to do, but we’ve made meaningful progress that is important to share.

Here is a summary of progress we’ve made, with more detail on our proactive work below:

People who don’t feel safe on Twitter shouldn’t be burdened to report abuse to us. Previously, we only reviewed potentially abusive Tweets if they were reported to us. We know that’s not acceptable, so earlier this year we made it a priority to take a proactive approach to abuse in addition to relying on people’s reports.

This time last year, 20% of potentially abusive content was flagged to our teams for review proactively. Today, by using technology, 38% of abusive content that’s enforced is surfaced proactively for human review instead of relying on reports from people using Twitter. This encompasses a number of policies, such as abusive behavior, hateful conduct, encouraging self-harm, and threats, including those that may be violent.

The same technology we use to track spam, platform manipulation and other rule violations is helping us flag abusive Tweets to our team for review. With our focus on reviewing this type of content, we’ve also expanded our teams in key areas and geographies so we can stay ahead and work quickly to keep people safe. Reports give us valuable context and a strong signal that we should review content, but we’ve needed to do more and though still early on, this work is showing promise.

Keeping people safe on Twitter remains our top priority, and we have more changes coming to help us work toward that goal. Here’s some of what to expect in the coming months:

We have more to do to ensure everyone feels safe on Twitter, and will keep sharing progress on @TwitterSafety. 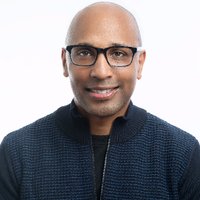