As the 2020 US Election approaches, Twitter is taking steps to empower more people to join in the conversation, participate confidently, and make their voices heard.

In recent weeks, we’ve launched a new US election hub that makes it easy to find reliable news and information, expanded our policies around election misinformation, and required high profile election-related accounts to increase their security.

Now, in partnership with National Voter Registration Day, Twitter is making its biggest push ever to encourage people to register to vote and confirm their registration status. Today, we’re rolling out new tools and in-app experiences that will put voter registration resources at the public's fingertips and support the essential voter registration efforts happening across the country. 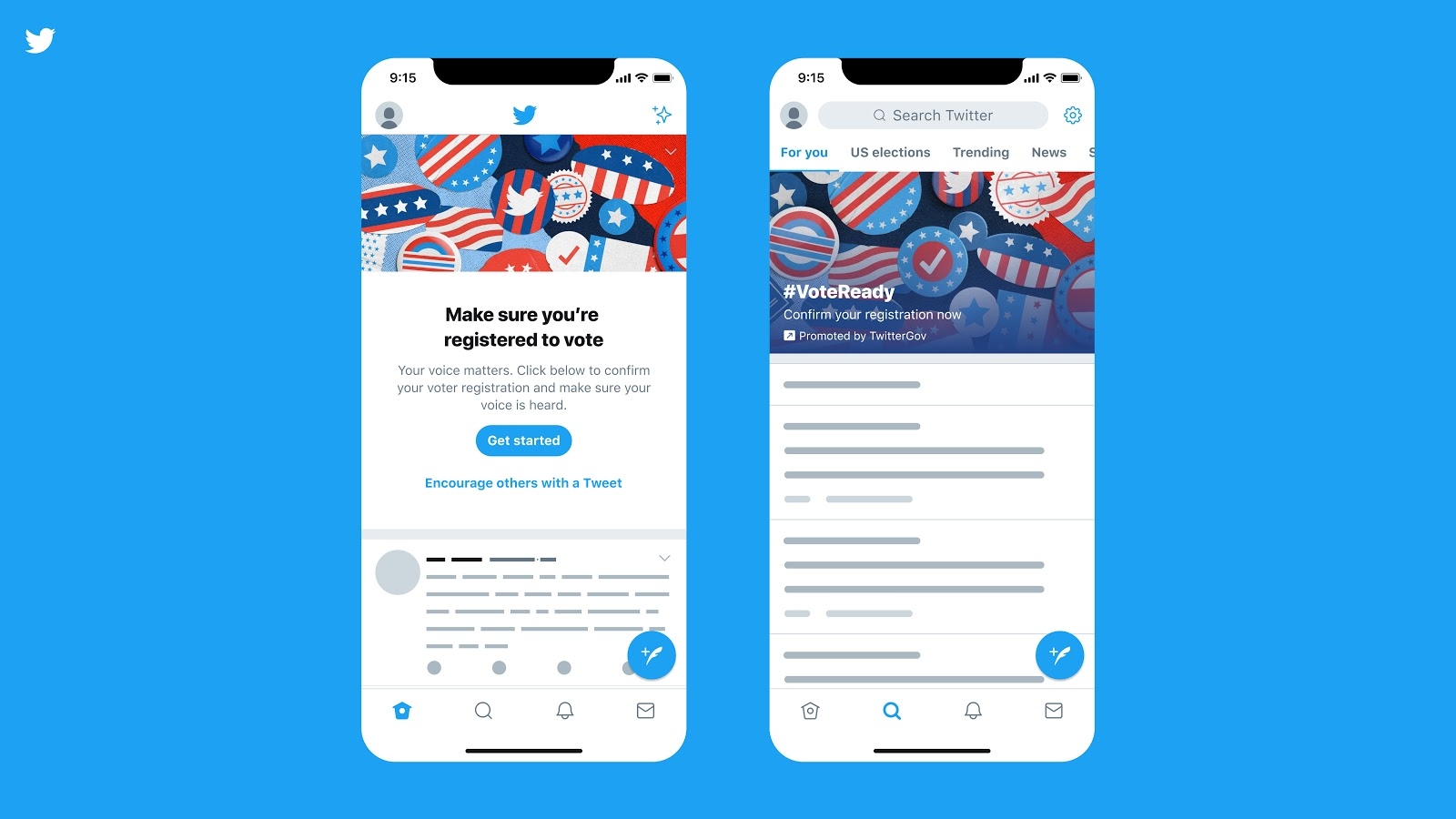 During the 2018 US midterm elections, 68% of people who used TurboVote resources via Twitter turned out to vote. While nine in ten people who use Twitter daily say they plan to vote in the upcoming US elections, over half say they still need more information about the candidates on their ballot and how to vote in 2020.*

These new activations go hand in hand with ongoing Twitter efforts to empower greater civic engagement this election season. In August, we launched our first ever voter registration search prompt in partnership with Vote.Gov. When people search for key terms related to voter registration on Twitter, they see a prompt in English or Spanish pointing them to official sources. Last week, celebrities and influencers Tweeted with #YourVoiceYourVote, sharing important voter registration PSAs using Voice Tweets that linked to voter registration and absentee ballot information. Plus, people on Twitter will continue to have access to a range of fun, election-themed emojis through the debates, early voting, and election day.

People should expect additional voting-related notices as we get closer to election day, and stay tuned for more from us here and from @TwitterGov.

This Tweet is unavailable
This Tweet is unavailable.
Tweet Twitter logo icon
Tags:
Link copied successfully
More from Company
An update on our work around the 2020 US Elections
By Vijaya Gadde and Kayvon Beykpour on Thursday, 12 November 2020
Serving the public conversation during the 2020 New Zealand Election
By Kara Hinesley on Wednesday, 28 October 2020
How Twitter is helping people vote early
By Bridget Coyne and Sam Toizer on Thursday, 22 October 2020
Imperfect, by design
By Donna Lamar on Friday, 29 January 2021
See what's happening