Building rules in public: Our approach to synthetic & manipulated media

It’s our responsibility to create rules on Twitter that are fair and set clear expectations for everyone on our service. That’s why we announced our plan last fall to once again seek input from around the globe on how we will address synthetic and manipulated media. Today, we’re sharing what we learned and how it shaped the update to The Twitter Rules, how we’ll treat this content when we identify it, as well as something new you’ll see in Twitter as part of this change.

What did we learn?
Through a survey on our initial draft of this rule, as well as Tweets that included the hashtag #TwitterPolicyFeedback, we gathered more than 6,500 responses from people around the world. We also consulted with a diverse, global group of civil society and academic experts on our draft approach. Overall, people recognize the threat that misleading altered media poses and want Twitter to do something about it. Here are some of the top-line findings:

What’s the new rule?
You may not deceptively share synthetic or manipulated media that are likely to cause harm. In addition, we may label Tweets containing synthetic and manipulated media to help people understand the media’s authenticity and to provide additional context.

We’ll use the following criteria to consider Tweets and media for labeling or removal under this rule:

What will this look like on Twitter?
If we believe that media shared in a Tweet have been significantly and deceptively altered or fabricated, we will provide additional context on the Tweet. This means we may:

In most cases, we will take all of the above actions on Tweets we label.

Our teams will start labeling Tweets with this type of media on March 5, 2020.

This will be a challenge and we will make errors along the way — we appreciate the patience. However, we’re committed to doing this right. Updating our rules in public and with democratic participation will continue to be core to our approach.

We’re working to serve the public conversation, and doing our work openly and with the people who use our service. 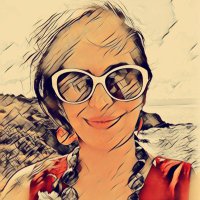