This month marks the third anniversary of the Ferguson protests, which began following the fatal shooting of Mike Brown. For nearly three weeks, people from all around the world gathered on Twitter to reflect and report on what was happening in Missouri.

We asked people who were in Ferguson at the time about their experiences during the summer of 2014, and how they used Twitter to tell their story.

Lowery is a Washington Post reporter, who recently published a book on his experiences covering Ferguson. His reporting on police brutality for the Post won him a Pulitzer Prize in 2016.

Packnett is a St. Louis native. She co-founded Campaign Zero, a comprehensive policy platform to end police violence, and served as a member of President Obama’s 21st Century Policing Taskforce.

For many people around the world, your Tweets allowed them to stay informed during the protests in Ferguson. Why was Twitter where you chose to share this story?

Wesley Lowery: Twitter was the medium where this story was playing out – it’s where the photos and text accounts of the shooting itself had been published, and where live updates each night of the protests were living. Ferguson, more than any other story I’ve covered, felt like it was playing out primarily on Twitter, and so it was only appropriate to utilize it heavily in my reporting.

Brittany Packnett: Twitter, above all other platforms, allowed us to be quick, informative and truthful. We could report the truth of what was happening on the street and counteract the problematic reporting coming from mainstream media. Twitter saved our lives: without live streaming and support coming from around the world, there were many nights our lives were in jeopardy-and we could have been fatally harmed and have the police report it was our fault.

While you were in Ferguson, in the thick of it, or even from a distance, what was a way you used Twitter that you would not have originally anticipated?

WL: What a lot of folks not on the ground didn’t realize was the pure scope of the demonstrations. There were days where there were more than a thousand people in the street from the afternoon until the early hours of the morning. And the gatherings stretched for blocks, making it hard to explain everything that was happening at all times. The “protest” could consist of a church group singing hymns in one spot, and then another group calmly discussing politics in another spot, and then an officer arguing with some young men somewhere else, and then at the other end of the street someone throwing rocks. As a reporter, it’s impossible to be in all of those places at the same time, but it’s still my responsibility to account for the totality of what is happening on the ground. Twitter allowed me to follow closely the accounts of other folks – reporters, activists, residents – who may have a different vantage point that I did, allowing me to gain understanding from what they were documenting in real time.

BP: I knew to use Twitter and hashtags to get the word out – I did not anticipate how we’d be able to receive resources and advice from people all across the world. When I learned what to do after we were tear gassed, it was because people from Palestine taught us how.  Sadly, what we endured is a more typical in several corners of the world – and they knew better how to handle these chemical agents than we did. Cards, letters, funds, food, cold weather gear – all that and more sustained us, because of the ways in which the Twitter community showed up for us.

How is / was Twitter a tool for your advocacy?

WL: In a story like Ferguson, that “advocacy” role of the press is one of advocating for more information. What we, as well as so many of the people of Ferguson, wanted during those early days was an explanation: Why was this young man dead? What had happened? Who was the officer? What evidence was available? Those questions typically are asked in emails and press conferences, but what Twitter allowed was for them to be asked publicly – in open spaces, where those inquires could be magnified and where public pressure could build.

BP: Protest is telling the truth out loud and in public: we can tell an uninterrupted and unapologetic truth through Twitter.  We can chart our own course, dictate our own terms, and be independent of any other interests, ensuring that our truth is free, just as we fight to be.

How do you think that the events of three years ago changed the way people use Twitter, if any?

BP: People began to realize that “hashtag activism” has real power.  It is not an inactive, latent contribution-it is active participation. Everyone who Tweeted #Ferguson or #MikeBrown helped us put pressure on everyone from the White House to presidential candidates to mayors, governors and the media. Without each Tweet, the consistent killing of Black and Brown people by the police would not have been mainstream media, as it is today.  Each follow, each Tweet, each Retweet was a choice-and a declaration that black lives do indeed matter to millions of people.


After three years, where do we go from here?

WL: One of the things birthed of Ferguson was a new effort to quantify police violence. The unrest in Ferguson and elsewhere prompted multiple attempts to begin comprehensively tracking fatal encounters with police, including the fatal police shooting database launched by myself and my colleagues at The Washington Post. We now know much more than we did in 2014 about the frequency of police shootings, who is being killed, and under what circumstances. That said, the number of shootings remains relatively flat. It’s very likely that about the same number of people will be killed by police this year as the year Mike Brown was killed. Having the data is one step, but what comes next is implementing action plans to address the root causes of many of these fatal encounters – police training and resourcing, the availability of firearms, mental health, and implicit bias.

BP: We keep pressing.  With love and with power: forward, always. 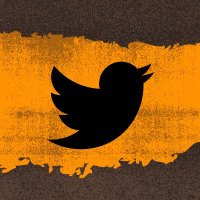