What to expect from Twitter ahead of the first #DemDebate

It’s always an election year on Twitter. In fact, this year alone, voters have taken part in the global Twitter conversation about elections in the European Union, Australia, India, and Indonesia. We take the learnings from every election — including the 2018 US Midterms — and use them to improve the experience of people who use Twitter and enhance our election integrity safeguards.

As the US Democratic presidential primary debates kick off this week, here’s a rundown of how you can take part in the Twitter conversation and the steps we are taking to ensure you can trust the information you see.

How do I watch the #DemDebate on Twitter?
On Wednesday and Thursday, June 24-25, starting at 9 p.m. ET, the debates will be broadcast live on Twitter in English and Spanish via @NBCNews and @TelemundoNews.

How is Twitter prioritizing a healthy election conversation?
We have a cross-functional team focused on election integrity efforts that aims to foster an environment conducive to healthy, meaningful conversation on Twitter and address threats posed by hostile foreign and domestic actors.

New rules
Ahead of the US midterms last fall, we updated the Twitter Rules around several key issues impacting the integrity of elections across the globe. The rules address: (1) fake accounts engaged in a variety of malicious behaviors, (2) removing accounts that deliberately mimic or are intended to replace accounts we have previously suspended for violating our rules, and (3) the distribution of hacked material that contains private information or trade secrets, or could put people in harm’s way.

Additionally, earlier this year, we strengthened our rules against deliberate attempts to mislead voters to now explicitly prohibit manipulating or interfering in the election process. This includes posting or sharing content that may suppress voter turnout or mislead people about when, where, or how to vote.

Fighting spam and manipulation
Communal spaces on Twitter (like search, hashtags, and trends) are the most common areas where people go to find the latest information about ongoing events and conversation outside of their home timeline and existing follower network. This is especially true during live events with a high volume of Tweets, like presidential debates.

We know bad-faith actors can attempt to manipulate the content in these spaces, and our existing rules and algorithms are built to stay ahead of these attempts. Our policies ban misleading, deceptive, and spammy behavior and prohibit attempts to game trends or cause unrelated Tweets to appear in search results. In addition to these existing preventative systems, we will be protecting the integrity of the conversation around key topics and trends.

We have existing, open lines of communication with the US Department of Homeland Security, state elections directors, and the FBI's Foreign Influence Task Force.

Public archive of information operations
Last October, we launched the first archive of potential state-backed information operations we’ve seen on Twitter. It is our fundamental belief that these accounts should be made public and searchable so members of the public, governments, and researchers can investigate, learn, and build media literacy capacities for the future. We updated this public archive in January, as recently as a few weeks ago, and will continue to do so if we identify state-backed activity targeting conversations on Twitter.

We also produced an in-depth review of our efforts to protect the public conversation around the 2018 US Midterm Elections, which notes that what we saw was more domestic than foreign in nature.

Where can I find debate insights and data?
Around the debates, @TwitterGov will share insights and information about how the conversation is unfolding on Twitter. This will include data after each debate night like the most Tweeted about moments, on-stage candidates, and US politicians.

How do I identify and learn about ads?
It’s very likely that you will see Promoted Tweets containing political or election-related content on Twitter during debates. Twitter’s policies require that accounts running these kind of advertisements become certified as political campaigning or issue advertisers, which requires that their Promoted Tweets contain more explicit identification, and that they consent to increased transparency on their advertising campaigns’ targeting and spend data. We believe this transparency is vital, and we continue to support the Honest Ads Act.

All of the data on political campaigning and issue advertising is publicly available in Twitter’s Ads Transparency Center.

Twitter exists to serve the public conversation, and people must have confidence in the integrity of the information found on the service, especially information relevant to elections and the democratic process.

Our efforts to foster healthy, meaningful conversations on Twitter during the entirety of the US presidential election are ongoing, and we will continue to update the public via @Policy, @TwitterSafety, and @TwitterGov. 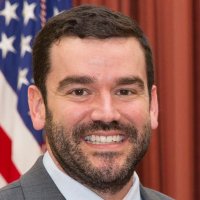