How Twitter bridges the gap between brands and their audiences

This is why it’s so important for brands to listen to what people are talking about on the platform. Now, more than ever, businesses must track relevant conversations, influencers, competitors, customer feedback, social engagement, and crisis management.

Two brands at the forefront of building relationships on Twitter are NASA and Nationwide. They use Twitter in unique ways to better understand what their fans are interested in, and use that information to generate tailored content that strengthens their brand voice. Through Twitter, the two organizations talking directly to passionate fans – and build authentic connections in the process.

NASA’s mission to go above and beyond

@NASA has over 30 million followers on Twitter, but the organization has also galvanized its audience by sharing content across 500 social accounts aimed at niche communities, including the @NASA_Astronauts handle which accounts for individual astronauts, space stations, and missions.

These niche accounts offer behind-the-scenes looks at agency initiatives and streamline content to the followers who are most receptive to it.

After auditing its Twitter audience using insights from Sprinklr, a comprehensive social suite, NASA realized that while its fans enjoyed stunning photos of space and behind-the-scenes looks into missions, there was a group of people who wanted to know what space sounded like, too. The organization’s in-depth Twitter listening sparked an idea about, well, listening.

To meet the demand, NASA incorporated space audio clips into its social media content strategy, highlighting the ominous galactic soundscapes in Tweets and giving certain followers the experiences they were missing. The sounds topped the intergalactic charts, with promotional tweets drawing up to 6,000 likes and many of the recordings themselves receiving well over a million plays on SoundCloud.

“Everybody has that little bit of childlike wonderment in them,” says Jason Townsend, NASA’s deputy social media manager. “If we can find that curiosity in every person out there and pull it out of them, then we can really engage with an audience that is interested in what we’re talking about.”

NASA’s Twitter presence exemplifies social media engagement at its best. People follow the accounts to learn, share their own expertise, and interact with other space enthusiasts. NASA uses insights and data to find fun ways to engage its existing audience and reach new frontiers of fans.

“At the end of the day, if you’re not measuring what you’re doing, you’re not succeeding at being able to improve, learn from what’s going on, and roll that up into your next actions,” Townsend says.

Nationwide is on its customers’ side with an authentic, relatable brand voice that extends to Twitter. Through its Twitter content, the brand is able to convey trust, an especially important priority when interacting with customers who have important questions about their coverage.

To show its human side, Nationwide uses Twitter to showcase how it engages with the community beyond insurance, through initiatives like the Nationwide Children’s Hospital network, among others.

“A lot of people hear Nationwide and think of insurance…we want to be known for so much more,” says Dace de la Foret, Nationwide’s director of social media. “We want people to know about what we do for the communities where we live and work, and specifically our Foundation’s relationship and support of Nationwide Children’s Hospital.”

“Much of the engagement we have with our followers is focused on showing them the connection between Nationwide ‘the business’ and Nationwide ‘the company that is making a difference in people's’ lives,’” he added. “It comes down to a simple question: Who is the audience and what is the best way these messages will resonate with them?”

By harnessing Twitter data to drive its philanthropic efforts and listen at scale, Nationwide can create personalized content for its Twitter followers with support from Sprinklr.

These social insights also allow Nationwide to look at its diverse audience to identify the micro-influencers, brand ambassadors and patient champions who take to social media to praise the brands’ initiatives. By learning from its Twitter audience, the brand can engage them in conversation or share their Tweets and stories with the rest of the Nationwide community.

Twitter serves brands invaluable feedback and the opportunity to hear from a range of people and perspectives that inform important business decisions, from what to stand for to when to launch.

To make the most of these real-time connections, brands can  #startwiththem and include Twitter as a core part of their business model, not just as an ad hoc addition. By listening to what their audiences are saying, brands can build meaningful connections with their customers, and take the right steps to make new ones.

To learn more about Sprinklr, check out their profile on partners.twitter.com. 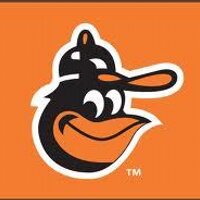