The age of the purpose-driven brand has arrived, for (mostly) better and (a little) worse. Marketing blogs are packed to the gills with stories of high-profile brands taking stands on controversial social and cultural issues. While some brands come out on the other side triumphant, with elevated sales and glorious brand alignment, others hope the world will soon forget how they offended the masses with distasteful missteps. The few that succeed can likely thank a healthy mix of luck and calculated risk.

Trying to insert your brand into a culture moment while being sensitive to polarizing points of view is no easy task. But by taking purpose-driven stances, brands can offer strength and steadiness during tumultuous times.

“In a time of immense turmoil, people are turning to brands as islands of stability.” – Richard Edelman, Chairman, Edelman

Consumers want brands that stand for something by taking a position on an issue and having a strong point of view, but that’s not all. Today’s consumers also expect brands to contribute to their quality of life. That’s why successful, purpose-driven brand platforms require more than just good timing. To stand out, brands must identify a purpose and turn to data, insights and social listening to engage in relevant, genuine, open and empathetic conversations.

Major brands like Patagonia, Nike, and Axe have all taken purpose driven stances on widespread cultural concerns, and the role that they play is unique and powerful. Because they each prioritized brand authenticity in the cultural moments they chose to enter, that elusive balance of luck and calculated risk has allowed them to operate as the beacons of strength and steadiness consumers say they want in the brands they trust.

When something happens in the world around us, for many of us,  our instinct is to pull out our phones and share it with others. It’s the moment when “look at me,” becomes the infinitely more powerful “look at this.”

Twitter represents the daily pulse of global conversations and provides the ultimate context for brands to connect with people. People on Twitter  are active and driving the conversations that shape culture. It is the largest searchable collection of human thought, and longest-running focus group that’s ever been created. Movements start on Twitter because the community is active and engaged.

Patagonia’s Dedication to the Planet

Outdoor retailer Patagonia set the standard for aligning a values-driven corporate mission with its audiences’ personal values, as evidenced by a decades-long history of supporting environmental causes. When the White House announced a reduction in the size of two national parks in 2017, Patagonia responded almost immediately by turning their website into a call to action. Visitors to the site were greeted with following the message:

“The President Stole Your Land. In an illegal move, the president just reduced the size of Bears Ears and Grand Staircase-Escalante National Monuments. This is the largest elimination of protected land in American history. Patagonia won’t step down.”

Days later, Patagonia took its defiance of the current administration one step further and filed a lawsuit seeking to clarify the Antiquities Act of 1906, which states a sitting president has the power to create national monuments but not reduce them. The brand also put its money where  its values are by donating a $10 million tax break it received as a result of policy changes by the current administration to environmental causes.

Though there were some calls of “newsjacking” on Twitter in the days after Patagonia’s public opposition, the majority of the response was overwhelmingly positive because the brand was using its considerable platform to raise awareness about an issue its customers were passionate about. And that’s good for business as well as perception: Patagonia—a company with $1 billion in profits in 2018— saw a 7 percent increase in sales the week after their statement. In Patagonia’s case, success came when their actions were deeply grounded in fulfilling their mission statement and lived up to consumer expectations.

In 2016, N.F.L. quarterback Colin Kaepernick sat during the national anthem at a pre-season game in order to raise awareness about racism, police brutality and the oppression of people of color. The next year Kaepernick left the San Francisco 49ers and became a free agent but wasn’t signed by another team. In 2018, Nike made the bold move of partnering with Kaepernick on a campaign about standing up for beliefs, featuring a black-and-white photo of Kaepernick and the powerful message “Believe in something even if it means sacrificing everything. #Justdoit.”

In 24 hours, the post garnered more Twitter “likes” than former U.S. President Obama’s announcement of his second term, and twice as many views on Twitter than any other platform. Nike won the “Marketer of the Year” title by Ad Age in 2018 for this collaboration.

The campaign however, was met with mixed reactions, with some Tweeting pictures of Nike purchases to show their support and others taking to Twitter to share their outrage. It even led to a trend of people setting their shoes on fire and cutting the Nike logo off of their socks. A video of flaming sneakers was viewed 11 million times on Twitter.

But despite the polarizing nature of the campaign, Nike’s sales increased by 30 percent and their market-cap grew by nearly $6 billion in just a couple of weeks. Nike was able to take a calculated risk in part because the message aligned with the shared values of the brand and their audience, and it paid off.

Axe Redefines What it Means to be Masculine

Patagonia and Nike are both examples of brands with long histories of championing a specific set of values. But what about when a brand that realizes its values are suddenly out of sync with its audience?

Axe, maker of men’s grooming products, built its brand based on traditional views of masculinity--namely that one’s value as a man is rooted in your ability to attract women. But by the mid 2010s, public opinion of how masculinity is defined and portrayed had clearly evolved.

In 2016, Axe took a pulse check of what was important to its audience of young men and found that perceptions of what it meant to “be a man” were more complex than they may have seemed in the past. Rather than rehashing its “sex sells”-based advertising of old, Axe responded to the cultural evolution with a campaign that put the definition of masculinity squarely in the hands of its audience. The tagline, “Find your magic,” encouraged guys to embrace what made them each unique.

This new campaign bucked traditional views of what it means to be a man and instead embraced a wide range of definitions, ultimately encouraging guys to be themselves in order to unlock what is memorable and special about them. In the end, the campaign had 70 percent positive sentiments across Twitter, and resulted in a 15 percent increase in purchase intent.

Axe’s campaign worked because it didn’t ask anything of the audience, but rather reflected the audience’s own positive qualities back to them. It was tested and rooted in real cultural shifts and behavior.

How brands can create a framework for purpose

According to Sprout Social, four out of five consumers believe society is more divided than ever before and they’re looking to brands to reignite connection. Sixty-four percent of consumers want brands to connect with them and just under half (49%) expect brands to bring people together towards a common goal.

After years of observing brands who “do purpose well” on Twitter, we’ve discovered this formula as a framework for arriving at a unique brand purpose.

By answering these questions and drilling down to your brand’s true purpose, you can feel confident that your audiences will respond with passion.

Patagonia, Nike and Axe all took calculated risks and landed big results. Each clarified its company’s values, understood where those values intersected with what their audience cared about and built experiences that supported those shared touchpoints. The result? Real, deep, authentic connections with customers.

To learn more about Sprout Social, check out their profile on partners.twitter.com. 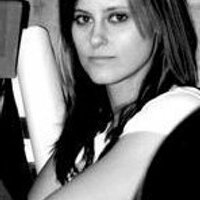 Only on Twitter
Tweet Twitter logo icon
Tags:
Link copied successfully
More from Insights
Guest post: The 5-minute guide to mastering audiences on Twitter
By Nick Taylor on Wednesday, 10 April 2019
Embracing modern customer care without upsetting your CFO
By Jen Brown on Thursday, 13 August 2020
Using data from the conversation on Twitter to help detect wildfires
By Jim Moffitt on Wednesday, 24 June 2020
Why social data is key for brands in COVID-19
By ‎@KimWu‎ on Thursday, 14 May 2020
See what's happening
‎@Twitter‎