How many people come to Twitter for news? As it turns out, a LOT

People come to Twitter for many reasons. As it turns out, one of the biggest is to stay informed about current events.

Whether it’s politics, world & local news, entertainment, sports, technology, or health & wellness, Twitter has become home to some of the most relevant conversations about news and current events happening around the world.

Why is this important information to know? First, it helps us understand and better serve people’s interests. Second, it reinforces the importance of the work we’re doing to address misinformation, add helpful context to Tweets, and keep people better informed about the news they consume on Twitter.

To help give you visibility into some of these findings, we’ve compiled learnings from studies Twitter has performed with YouGov and Sparkler, as well as internal Twitter data and third party research from groups like YouGov and Pew Research. Unless otherwise noted, these studies and surveys have been conducted with respondents in the US.

Read on to learn more about the ways people engage with current events on Twitter. 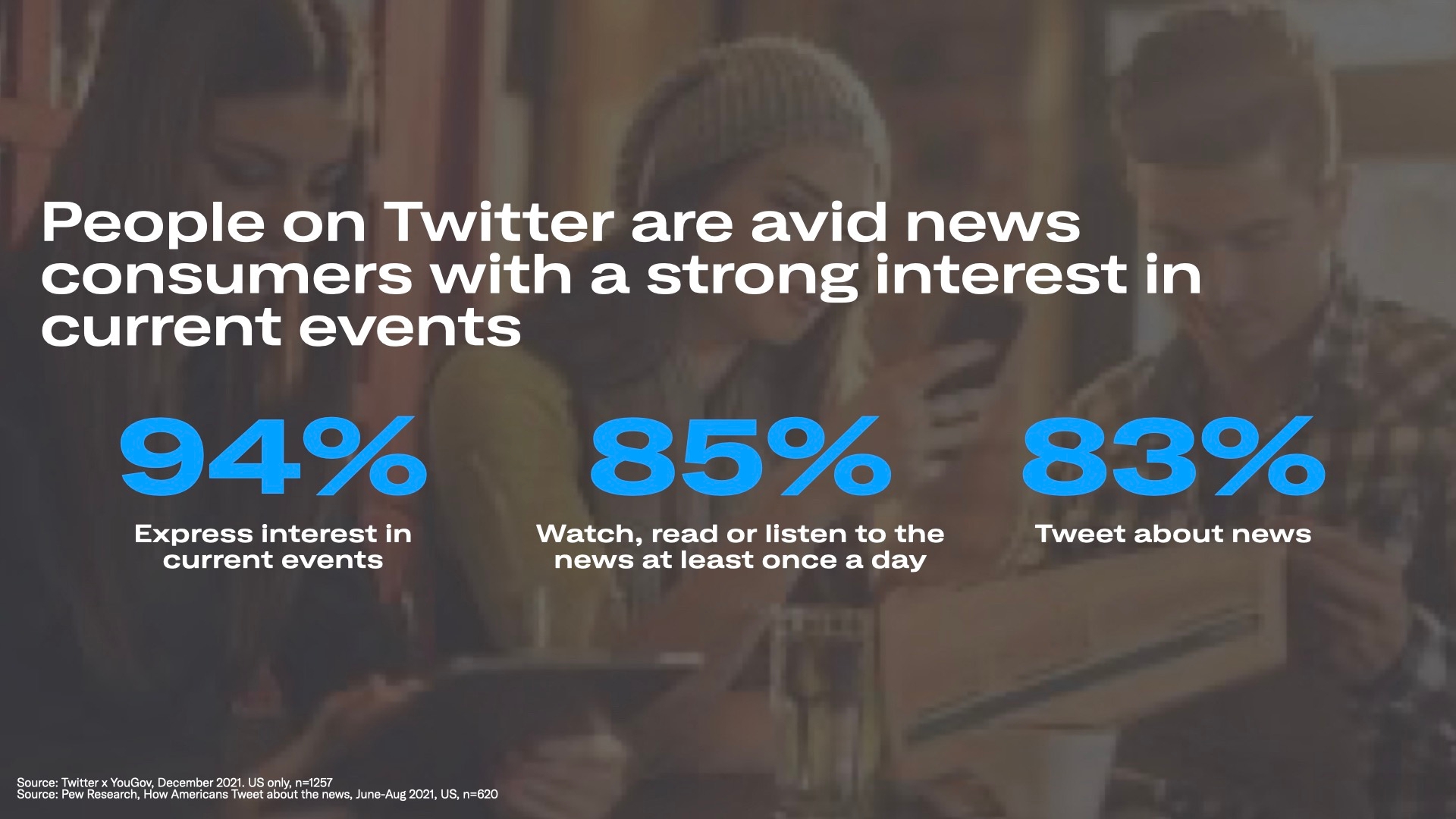 Keep your eyes here for more information, or follow @TwitterNews for best practices and innovative uses of Twitter by journalists and newsrooms.

This Tweet is unavailable
This Tweet is unavailable.
Only on Twitter
Tweet Twitter logo icon
Tags:
Link copied successfully
More from Insights
5 alternative food trends to add to your plate
By and on Saturday, 10 April 2021
Embracing modern customer care without upsetting your CFO
By on Thursday, 13 August 2020
Using data from the conversation on Twitter to help detect wildfires
By on Wednesday, 24 June 2020
Why social data is key for brands in COVID-19
By on Thursday, 14 May 2020
See what's happening