Every year, the Grace Hopper Celebration of Women in Computing is a wonderful gathering, and this year’s was another wildly successful turnout. Some 12,000 attendees came – a 50% increase over last year. The vibe at #GHC15 was exciting, especially for people who had never been before.

A team of us from Twitter @WomEng and Recruiting started a #WhyIAttendGHC campaign to get some insight into what resonates with conference-goers. Tweets with this hashtag cited connecting with amazing women engineers, learning from inspiring leaders, and discovering new career opportunities. For a second time, Sheryl Sandberg was invited to give another motivational chat at Thursday’s main tent session. Reshma Saujani, Founder and CEO of Girls Who Code, led an executive panel with our CEO Jack Dorsey, Chelsea Clinton, and Maxine Williams, Facebook’s Global Director of Diversity, to discuss the all-too-thin pipeline for technical women. These leaders discussed their companies’ policies and strategies for increasing diversity in tech.

Our #TwitterGHC team had a strong presence at this year’s gathering; we sent 30+ Tweeps to represent. 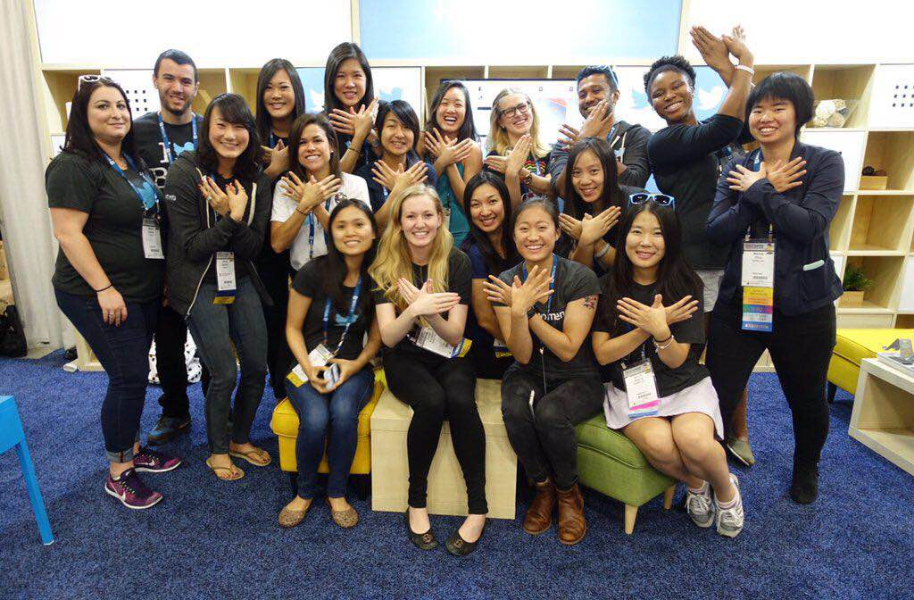 A few days earlier, we held our very first @WomEng Grace Hopper Fellowship program, which included 10 computer science and engineering students together with six Twitter mentors. We hosted these 10 students at #GHC15 (covering their registration, travel, food, and lodging), and organized lots of workshops and activities like tech talks, mock interviews, mentoring sessions, and team bonding fun, including as a cooking class and a trip to the NASA Johnson Space Center. By the end of the week, these 10 remarkable young women had become good friends and a part of our Twitter family. 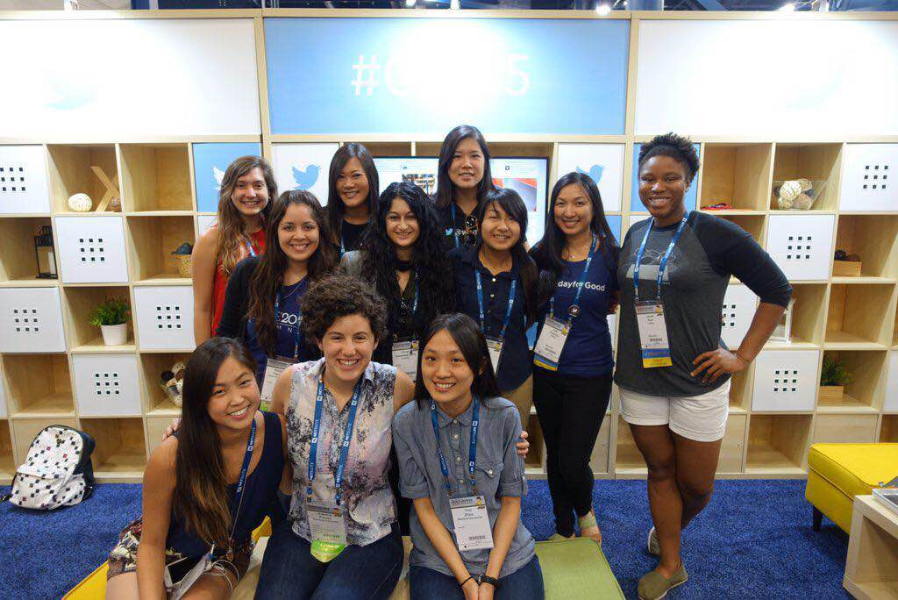 We also held several Twitter events, including an industry brunch with Jack, Nandini Ramani (VP of Engineering), and Sharon Ly (Engineering Manager and @WomEng Lead); hosted a dinner for candidates with Nandini and Jeremy Rishel (VP of Engineering) and Kevin Weil (SVP of Product); and held a networking event with a diversity panel discussion that featured Pinterest, Airbnb, Uber, Pandora, and Twitter. This panel of women shared their ideas on addressing the diversity gap at these companies and attracted some 150 women engineers.

Throughout the three day conference, our Twitter booth saw consistently high traffic. This year, we organized giveaway games that involved the Twitter platform. For example, if a conference attendee could show us that their #GHC15 Tweet got Retweeted at least 25 times, they could win an iPad mini or a Star Wars LEGO™set. The most inspiring Tweet for this particular contest:

What’s more, to show support for the moms and dads in the crowd, a new giveaway this year was a Twitter onesie. These went fast! Related: #GHC15 wisely continued to offer childcare and on-site nursing rooms at no charge to conference attendees.

In short, #GHC15 was a huge success. It was so inspiring to see so many women come together to support each other in our field. We were very glad to be part of the action, and can’t wait to go again next year!