On March 31, we hosted the first ever #compute event at our headquarters in San Francisco. Over 150 people attended the event and heard our engineers talk about the present and future of how we build and operate the compute infrastructure as part of the Twitter Cloud Platform. We also gained insights from many in the community on the challenges they face and how they are addressing similar problems. Overall, the #compute event served as a great forum for all us to connect, learn, and share ideas.

With that, we are excited to announce the availability of all the technical talks from the event on the Twitter University YouTube channel.

About the Twitter Cloud Platform: Compute
Twitter Cloud Platform: Compute powers over 95% of all stateless services at Twitter. It is built atop of open source technologies including Apache Mesos, Apache Aurora, and a suite of internal services that address both operator and user needs. The platform has grown from managing a few hundred containers to over 100,000 containers across tens of thousands of hosts. It has not only become a critical piece of Twitter’s underlying infrastructure, but our experience in building and operating it are contributing to the future of cloud infrastructure management in the industry.

Our vision for the Twitter Cloud Platform: Compute is around the following tenets:

Given Twitter’s growing and diverse computing needs, we are building the next generation compute infrastructure that leverages both private and public clouds in a way that is reliable, scalable, developer-friendly, and cost-effective. 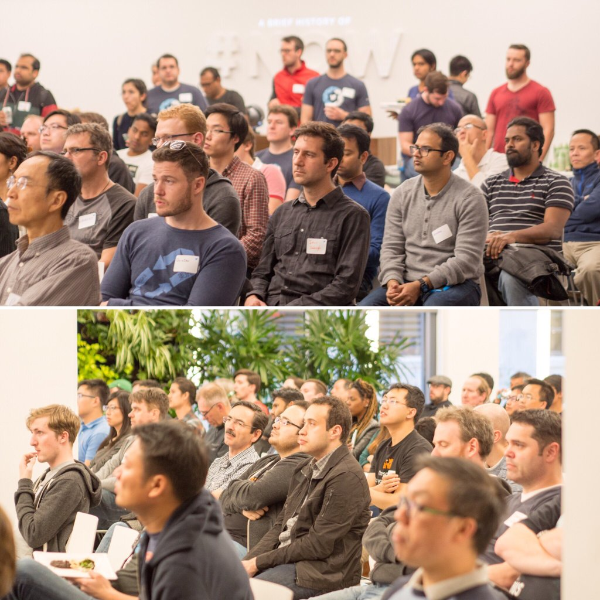 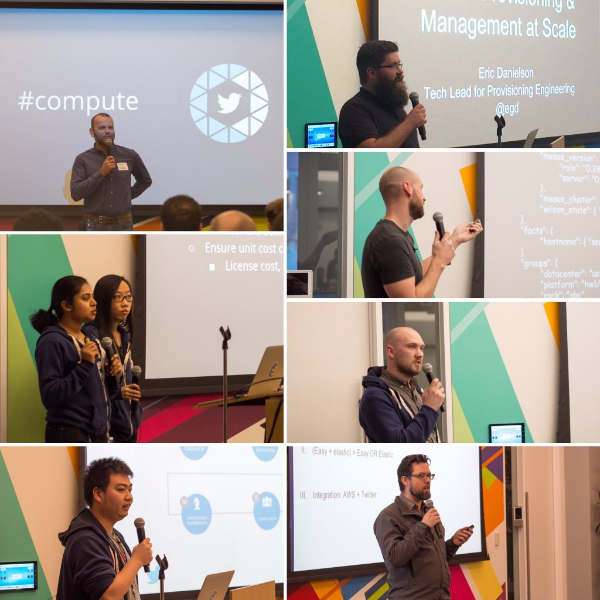 We had six technical talks, each focussed on specific challenges from the bottom-up in building and operating the Twitter Cloud Platform: Compute. The first two talks by Eric Danielson and David Robinson are operator-focused and deep dive on how we provision and manage servers and how a small team of SREs perform operational procedures on a large scale compute cluster. These serve as the building blocks of the platform and has an impact on two of our core tenets, reliability and scalability.

Managing a large scale compute platform
David Robinson, site reliability engineer on Compute, talks about how they leverage Audubon, Wilson, and other tooling to manage (configuration, deployment, and other operational procedures) across tens of thousands of hosts in the Compute cluster. He also shares the challenges when operating at this scale and things that can potentially go wrong that impact the reliability of the cluster.

Aurora Workflows
One of the biggest cognitive overheads for a developer is to shepherd a deployment from development to production. Software engineer David Mclaughlin from the Compute team talks about our internal project called “Workflows” which aims to reduce this overhead and become a key building block for continuous deployment automation in the future.

AWS + Aurora/Mesos
In 2014, TellApart (now part of Twitter) adopted Mesos/Aurora as the solution to run their infrastructure in AWS. Engineering Manager David Hagar shares the team’s experiences, the problems encountered, and how they addressed them. He also gives a glimpse into the work to extend the capabilities of the Compute infrastructure across private and public clouds.

We’d like to thank vice president of platform engineering Chris Pinkham, all the speakers, attendees, and folks who worked behind the scenes to make the #compute event possible. A special note of acknowledgement to Megan Carlisle, Holly Dyche, J.J. Jeyappragash, Ian Brown, Ian Downes, Derek Lyon, and Karthik Ramasamy.

We look forward to hosting the next one!