At NSBE, we were excited to represent @blackbirds, Engineering, Recruiting, and Inclusion & Diversity — with 20+ folks from across our Boston, New York, San Francisco, and Seattle offices. We went to the convention because we wanted to meet with top technical talent, share new opportunities, communicate the benefits of building a career at Twitter, support communities that make Twitter’s platform so special, and create a meaningful engagement experience for our employees. We encouraged attendees to Tweet with the hashtag #WhyIAttendNSBE to kick off the conversation; and we joined in, too! 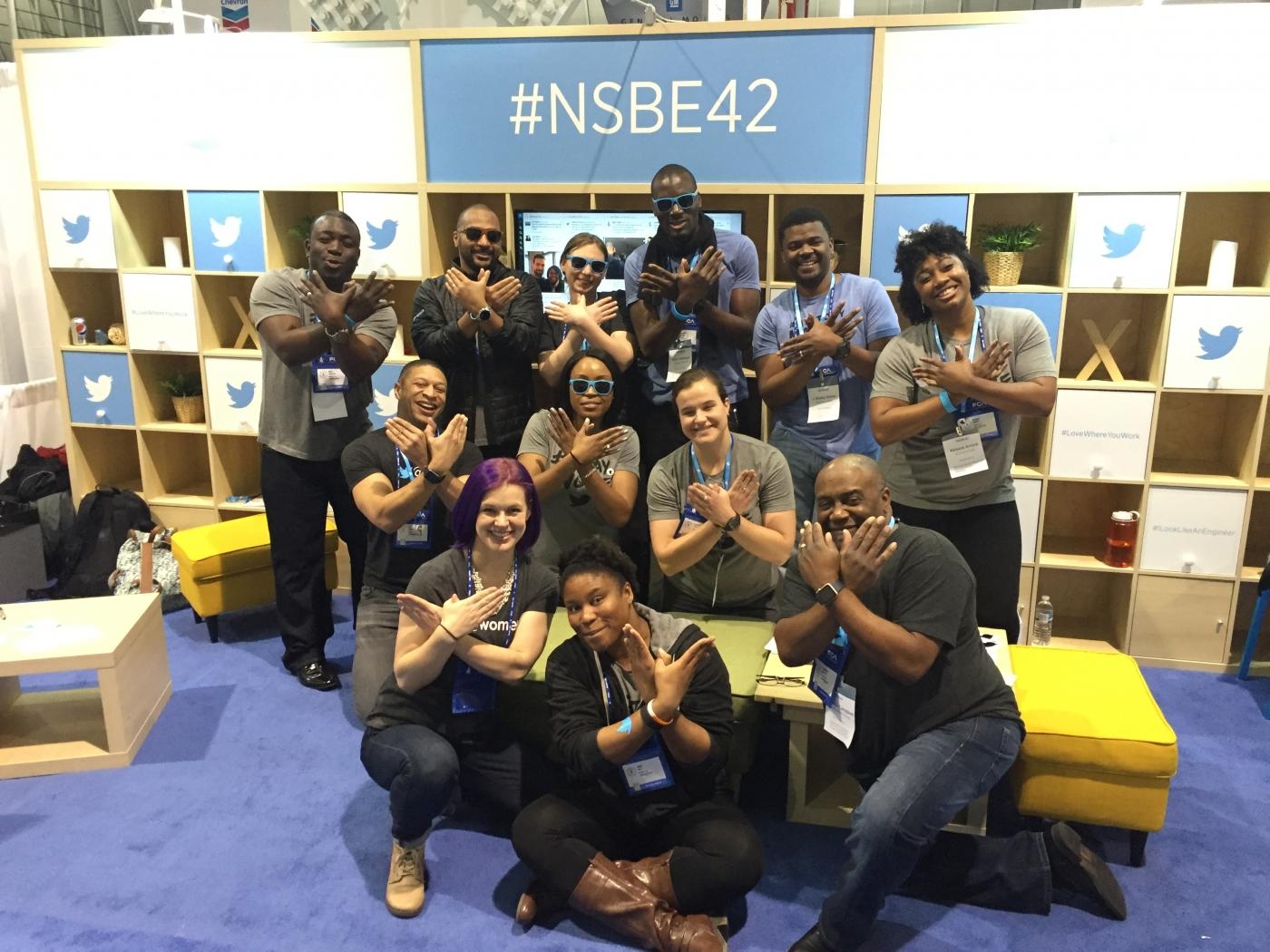 A highlight of the conference was when Jack participated in an up close and personal #CornerOffice sit-down moderated by Laura Weidman Powers (@laurawp), co-founder and CEO of CODE2040. Those at the convention were able to ask questions by Tweeting with #NSBEAskJack, several of which he answered live. With over 500 people coming together and many more watching live on Periscope, the event facilitated an open dialogue about entrepreneurship and starting companies, passion for what you’re building, the impact of community and family, and diversity in tech.

We also hosted a special Twitter evening meet-and-greet for over 100 attendees at a local venue. There, a mix of collegiate and industry professionals were able to build deeper connections and chat informally about Twitter’s impact in the world and what it’s like working at Twitter.

The energy and enthusiasm as we met people who stopped and chatted with us at our Twitter booth during the career fair was palpable. In addition to Tweeting #WhyIAttendNSBE, lucky attendees Tweeted with #TwitterNSBE or who came by our booth and used our Twitter Mirror were entered into a raffle for a chance to win an Ultimaker 3D printer and Star Wars BB-8 droid. Convention goers who stopped by our booth to talk with us and create a GIF or took a Twitter Mirror photo were then entered to win one of the prizes.

Hanging out at #NSBE42 booth #105 with the #TwitterNSBE crew!

Our time at #NSBE42 helped advance what we believe in as a company. Our platform is meant to draw in all voices, everywhere. Through free expression, communities form, connections happen, knowledge is shared, and change is felt, all in real time. Simply put, Twitter is the place where inclusion lives. Likewise, we must strive to ensure that our workplace and the decisions we make about it are equally inclusive. Then, the values on our platform and in our workplace more fully meet, and that will also lead to innovations and product decisions that best serve our users, everywhere.

Connecting with students and professionals, and being a part of the NSBE convention in the other ways we’ve outlined here, was a critical way to advance our commitment. We were very honored to be part of the action, and to create meaningful moments for attendees and our own Tweeps, and we can’t wait to go again next year!