Recommender systems are an important part of modern social networks and e-commerce platforms. They aim to maximize user satisfaction as well as other key business objectives. At the same time, there is a lack of large-scale public social network datasets for the scientific community to use when building and benchmarking new models to tailor content to user interests. In the past year we have worked to address exactly that problem.

In this post, we describe the dataset and the three winning entries submitted by Nvidia, Learner, and Wantely teams. We try to make general conclusions about the choices that helped the winners achieve their results, notably:

We hope that these findings will be useful to the wider research community and inspire future research directions in recommender systems.

For the challenge we asked the participants to predict the probability of a user engaging with any of the four interactions: Like, Reply, Retweet, and Quote Tweet. The submissions were evaluated against two metrics: relative cross entropy (RCE) with respect to a simple baseline we provided, and area under the Precision-Recall curve (PR-AUC).

Special attention is given to maintaining the dataset in sync with the Twitter platform. The dataset reflects changes in the platform, e.g. when a Tweet is deleted, a user makes their profile private or deletes it altogether. Submissions are also re-evaluated and the leaderboard is updated with the re-calculated metrics. For more details about the challenge and the dataset, please refer to our paper.¹

Figure 2: Representation of the features of the dataset. They are divided into user features (for both author and reader), Tweet features and engagement features.   Attribution: Michael Bronstein

This year’s challenge was particularly competitive, with over 1000 registered users. The participants actively submitted solutions throughout the challenge and modified their team composition during the first phase of the challenge (in line with the submission guidelines). The final phase had 20 contenders, with an average team size of four members. Moreover, the teams developed 127 different methods attempting to win the challenge. The activity was high throughout the challenge and spiked in the last days when the participants refined their submissions. The final results appear in the leaderboard.

The accompanying RecSys Challenge 2020 Workshop received 12 papers, which were reviewed by the program committee. Nine of those papers were accepted. You can find the leaderboard for the final phase at this link.

Short summary: Nvidia’s paper² describes training xgboost models to predict each of the interaction events.he overall focus is on creating useful features for this model. It highlights quick feature extraction and model training as being key to the success of the approach. The paper provides a list of the 15 most useful features for each of the 4 models in the appendix.

Quickly extracting features from the dataset and retraining is the key difference between the winner and runner ups. Both the feature engineering pipeline and the training pipeline took less than a minute to run. In addition to that, target encoding (mean encoding + additive smoothing) is used for different categorical features and combinations of features including the mean of the target for these combinations. The authors also create categorical features from the content of the Tweets (e.g. the two most popular words and the two least popular words). Adversarial validation for feature importance and selection is used to prevent overfitting by selecting more generalizable features. Ensemble methods of tree based models are used to produce the final model.

Short summary: Learner’s approach³ blends deep learning with Gradient Boosted Decision Trees (GBDT). The paper focuses on the creation of different features. They engineered 467 features using heuristic methods. They also created text representation of the Tweets using BERT and XLM-R. They use both the target Tweet text as well as the text of recently engaged Tweets.

The key difference between this entry and others is the use of pre-trained NLP models (BERT and XLM-R) and fine-tuning. The first layer of fine-tuning is done in an unsupervised fashion. Next, the language model is combined with other features to fine tune in the supervised setting. The model is an MLP with four heads (one for each engagement type). The paper also uses attention to create an embedding of the user’s past ten interactions.  Combining the embedding of each of these using attention with the target Tweet as the key. Additionally, heuristic features are used such as different representations of the engaging user, Tweet creator, Tweet features, and user-creator interaction features. Like other entries, this paper uses xgboost for feature engineering and selection, and applies the Yeo-Johnson transformation to categorical features and unnormalized continuous features.

Short summary: Wantely’s submission⁴ proposes a two-stage approach to predicting Tweet engagements. The first-stage classifiers are lightweight and only use features that generalize across the different objectives (Like, Retweet, etc) and have similar training/testing accuracy. The second-stage classifiers use the output of the lightweight classifiers as features along with the objective-specific features.

In this paper, an upstream generalizable model generates features that a downstream model consumes. By doing so, the paper argues that the downstream model for every engagement type is able to benefit from the data on all the other engagements by consuming the predictions of the common upstream model. In addition to that, the paper identifies which features are generalizable by directly assessing the distribution gap of the features between the training and testing datasets with adversarial validation, as in the Nvidia entry.

Learnings from the Competition

There are many shared insights across all the submissions, it’s also helpful to highlight the main themes:

Cope with overfitting with adversarial validation

We also note that while we did only evaluate the submissions on the performance of the model, we have many other constraints in our production systems. Latency is a big one for us: models need to score Tweets within milliseconds. The use of ensemble methods needs to be carefully examined in this setting. The additive latency with each step in the ensemble may cause them to be too slow for our purposes.

We are grateful to all the participants and our colleagues that made this challenge possible. We believe that releasing large scale datasets will help unlock new advances in the field of recommender systems. Twitter is now more than ever committed to helping external research efforts and has recently released new API endpoints for academic researchers, to help foster further exploration and collaborations. 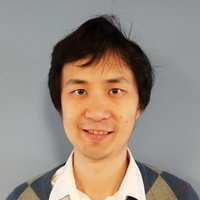 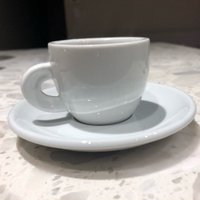