In 2014, we began development on Heron, a real-time streaming and analytics platform, to reliably process billions of events generated at Twitter every day. Today, we are proud to donate Heron to the Apache Incubator where the community will continue to grow and thrive under the guidance of the Apache Software Foundation. We are excited to see usage of Heron grow beyond our use cases here at Twitter, and look forward to continued community growth and collaborative support.

Heron is the next generation distributed streaming engine that was built to be backwards compatible with Apache Storm, which we open sourced in 2011 and donated to Apache. It was built to improve our developer and operational experiences with Storm and introduced a wide array of architectural improvements and native support for Apache Aurora. Heron has become our primary streaming system, reliabily powering all of Twitter’s real-time analytics and running hundreds of development and production topologies deployed on thousands of nodes.

In 2016, we were excited to open source Heron, which enabled the project to grow into the vibrant and active community it is today. Some of the significant contributions from collaboration with community include:

We’ve worked collaboratively with the open source community and have benefited from contributed features that are now running in production at Twitter. We shared our experiences in streaming by publishing several papers in premier conferences. 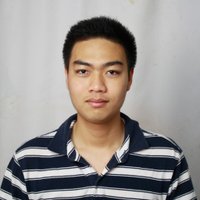