By
Friday, 7 May 2021
Link copied successfully

We tried to drop the slab cache by running:

but surprisingly it didn’t drop the cache.

By debugging the problem, we found that there was a rare race condition in the shrinker code.

To fully understand what prevented the slab cache from being dropped, we need to take a closer look at the Linux kernel internals, particularly the following memory management subsystem:

The memory resource for a machine is not infinite.There might be more demand than supply for memory resources if we run multiple programs simultaneously or run a very big program. Once available memory is low, the memory reclaimer (aka kswapd or direct reclaim) tries to evict “old” memory to free enough space to satisfy the allocators. The reclaimer scans lists (most of which are least-recently-used lists, aka LRU) to evict the not-recently-used memory. The lists include anonymous memory lists, file memory lists, and slab caches (Figure 1). 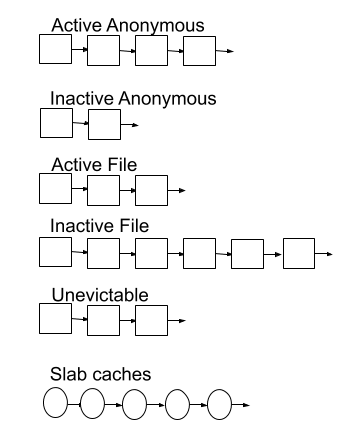 The reclaimer scans all the above lists, except the unevictable list. However, sometimes the reclaimer only scans a few of them. For example, the reclaimer does not scan the anonymous memory list if the swap partition is not available.

When the reclaimer is trying to reclaim slab caches, it needs to call shrinkers. Slab caches are memory objects with different sizes managed by different subsystems. For example, this includes the inode cache and dentry cache. Some slab caches are reclaimable.  Since these caches hold the data for specific subsystems and have specific states, they can be reclaimed by dedicated shrinkers that understand how the caches are managed.

Before the memory cgroup is present the aforementioned LRU lists are attached to NUMA nodes. 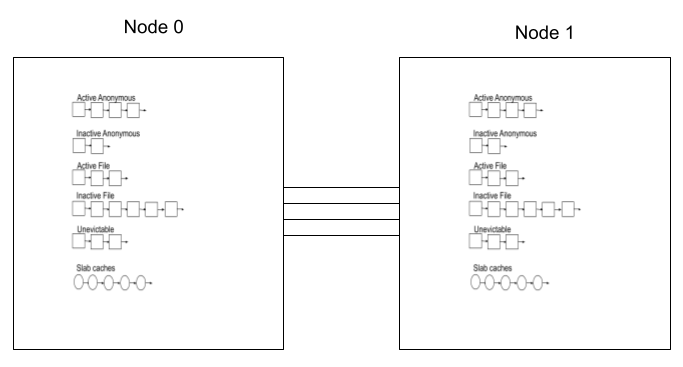 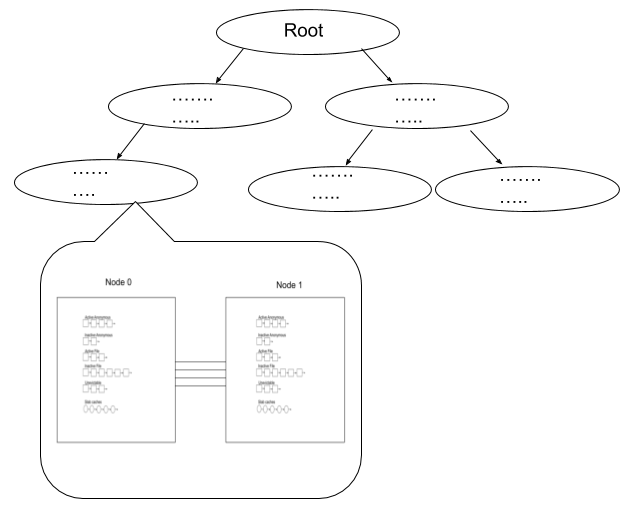 Figure 3: The LRUs with NUMA and memory cgroups are present

When reclaiming memory, the memory reclaimer traverses all memory cgroups to scan the LRU lists.

For a typical production deployment, there may be around 40 shrinkers, including filesystem metadata shrinkers for each super block.

When there are many memory cgroups and many shrinkers, serious scalability problems may occur if all the shrinkers are called for all the memory cgroups. These problems happen even though there is not a reclaimable object for some shrinkers.

The upstream kernel introduced an optimization, called shrinker_maps. It is a bitmap that indicates which shrinkers have reclaimable objects so that they are called. The bitmap is set when a new object is added to the LRU, and is cleared when the LRU is empty. The optimization made the aforementioned scalability issue gone. When one memory cgroup is offlined (for example, when the directory is removed) its LRUs are spliced to its parent memory cgroup and the parent memory cgroup’s bitmap is set accordingly.

The following command traverses all LRU lists, from all memory cgroups, to shrink all reclaimable objects.

By checking memory related statistics (for example, /proc/meminfo and /proc/slabinfo) exported by the kernel and checking slab usage using slabtop, it seems that dentry caches consume around 2GB memory under one memory cgroup. This means there should be around 10 million dentry objects since typically the dentry object size is 192 bytes. The dropping cache should be able to shrink most of them.

However, there might be a couple of reasons that the dropping cache doesn’t drop slab caches. For example, the LRU list might be short or the objects might be referencing or locked when scanning and therefore temporarily unreclaimable.The next step is to get some insight about what is going on with the shrinkers.

The Linux kernel provides plenty of ways to observe how the kernel runs. The built-in tracepoints are one of the most used ones. There are two tracepoints about shrinker:

There are a couple of different tools to enable tracepoints and get tracing logs. For example, directly manipulating the files under debugfs, perf, or trace-cmd. We personally prefer trace-cmd, which is a package that supports plenty of commands for kernel tracing. The package is also supported by almost all distros. For the usage of trace-cmd, please refer to the manpage.

The following command starts tracing for the shrinker tracing points:

The tracing result looks like, for example, the following:

By analyzing the tracing log, it seems that the dentry caches under some cgroups which consume the most dentry caches were not scanned at all. This means that the shrinker was even not called. It definitely looks odd!

We could inspect kernel data structures by a couple of tools, for example, the well-known crash-utility. Here we used drgn. Drgn supports programming with Python and live debugging.

With the Python script below, we can easily inspect the length of the LRU list and shrinker_map bitmap for a specific memory cgroup:

The nr_items  shows the length of the dentry LRU lists and bitmap shows the shrinker_map bitmap.

The result shows that there were around 10 million dentry cache objects on the LRU list, and  that most of them were reclaimable. So, the LRU list is definitely not empty. But the shrinker_map bitmap shows the corresponding bit was cleared.

It really seems weird that the bit was cleared even though there were abundant reclaimable caches. It smells like a kernel bug.

By reading the kernel code, it seems that the kernel clears the bitmap if and only if the corresponding LRU list is empty. The kernel sets the bit when:

Since our use case creates and removes memory cgroups very frequently, reparenting happens very often. It seems like there might be some problems with reparenting.

Further code inspection leads to the below possible race condition:

Once the race condition is located, the fix seems easy. It actually just has a couple of lines:

We contributed the patch to the upstream kernel and it has been merged into the mainline kernel tree. See commit on git.kernel.org.

To investigate the issue, we used the drill-down analysis method and USE method (Utilization, Saturation and Error). Our process was the following:,

We also identified a couple of contributing factors with this approach and these tools.

The various kinds of tools we used were:

Memory reclamation is one of the most complicated parts of the Linux kernel. It is full of heuristic algorithms, complex corner cases, complicated data structures, and convoluted interaction with other subsystems. Memory reclamation is the core part of the Linux kernel and is relied upon by other subsystems. However, the bugs or suboptimal behaviors of memory reclamation may take a long time to get discovered. The fixes may be quite subtle and the validation may take substantial efforts to guarantee no regressions.