Twitter is the preferred platform for the general public to interact with personalities from around the world. Inaugurating the first time in Europe #BlueRoom, Twitter France offers a space for individuals to experience an immersive and unique experience in direct contact with their community. Based in Paris, the #BlueRoom is the opportunity for guests to conduct interactive sessions of questions and answers, to showcase their projects reveal live in an innovative and interactive ads.

In the coming weeks, several French and international personalities will be invited within the #BlueRoom. 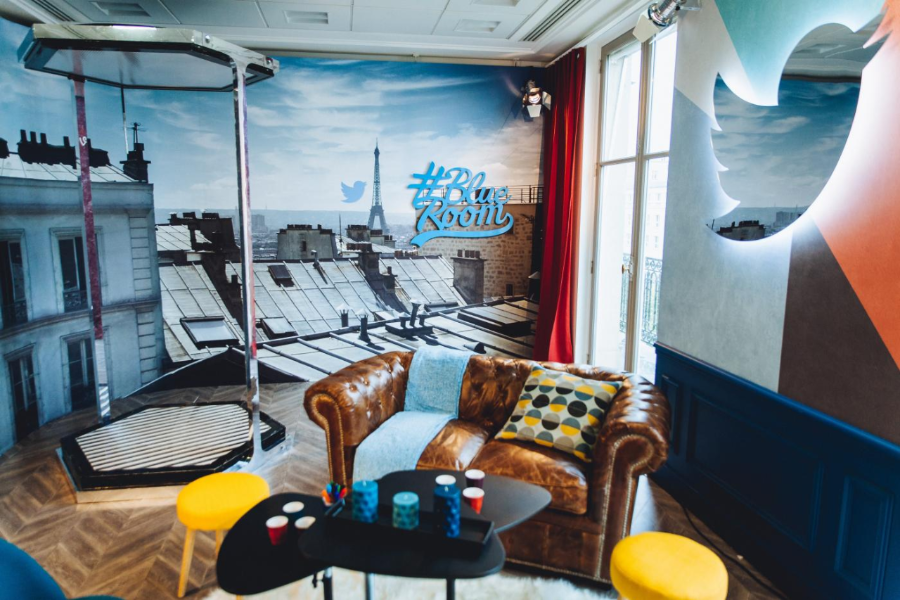 David Guetta (DavidGuetta) will be the first guest of the artist and #BlueRoom Twitter France this Thursday, September 3. He will answer questions put to him on Twitter via the hashtag #askGUETTA.

First business personalities invited the #BlueRoom, Stéphane Richard (srichard) is part of French personalities from the economy the most active on Twitter. The CEO of Orange (Orange) uses both Twitter to relay news of his company, exchange or highlight the Orange teams. It gives you an appointment in #BlueRoom on 17 September.

In this fall 2015, discover the first musical guest artists in #BlueRoom:

It is 25 years since one of the greatest singers of the French variety. Singer, actor, great poker player, he just passed the 400,000 followers on Twitter. His arrival on Periscope in early had generated 62,000 hearts.

In 10-year career, Mr. Pokora has become the idol of a generation. He holds the record for the most personality rewarded the NRJ Music Awards, with 11 trophies. Currently on tour with the RED Tour, he has crossed the 3 million followers on Twitter.

Author, composer and performer, Zazie is one of the major artists of the French song. Coach in the last season of The Voice, the artist released in the fall of his ninth album. It has more than 80,000 followers on Twitter.

Master Gims (MaitreGims) - October 2015
After selling over a million copies of her first album, Subliminal, Master Gims is back with My Heart Had Reason, his new album is currently number 1 on iTunes. His 1.2 million followers were able to follow the production of this new album on Twitter. The artist has just joined Periscope.

Brigitte (brigittetheband) - October 2015
After discovering their unclassifiable style with you, you love me? in 2011- album sold over 200,000 Brigitte exemplaires- The duo formed by Aurélie Saada and Sylvie Hoarau, is currently touring after the release of his second album In mouth what do you want.

Fréro Delavega (FreroDelavega) - Back in 2015
Talents from the third season of The Voice, Jeremy and Florian Frérot Delavega have won wide acclaim with their debut album. On Twitter, they are present through their personal accounts andJeremyFrerotFloDeLavega but also viaFreroDelavega behalf of their group.

Follow all the news from the #BlueRoom and the next guests onTwitterFrance andTwitterMediaFR.