Starting immediately, all Twitter advertisers can reach Twitter users engaged with TV shows in Brazil, Canada, France and Spain. Additionally, we are beginning active beta testing for TV conversation targeting in Argentina, Australia, Germany, Italy, Japan and Mexico, with tests in Austria and Ireland starting in the coming weeks. 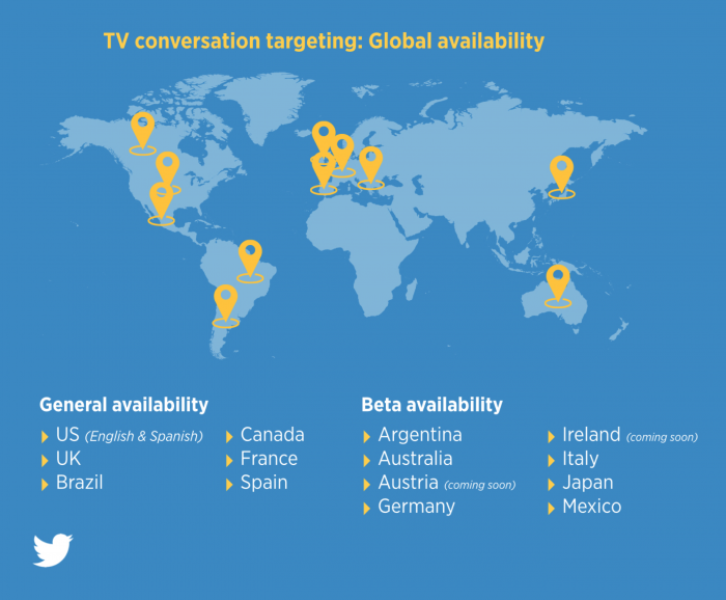 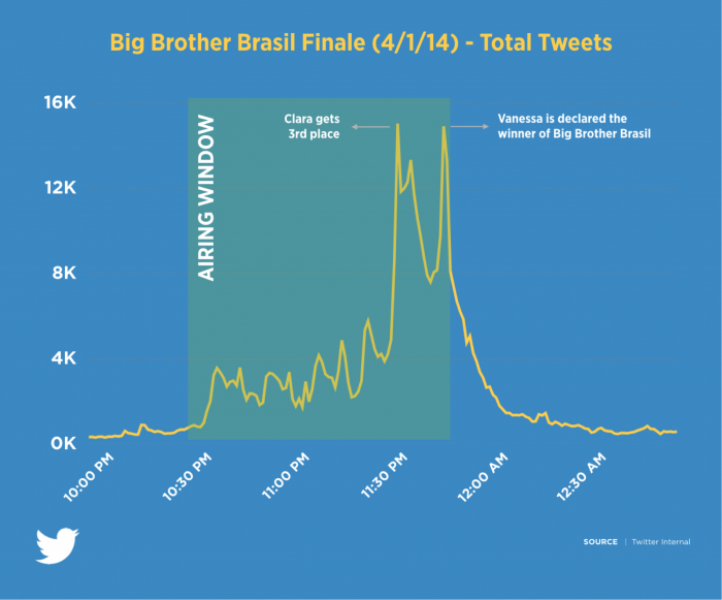 Across the board, we see that when advertisers coordinate their TV and Twitter strategies, users respond. In fact, a recent study we conducted with @The_ARF and @FOX showed that more than 92% of Twitter users exposed to TV or brand mentions in Tweets have taken action: driving TV tune-in, generating website visits, and increasing brand consideration.