With just days to go until the 2018 @FIFAWorldCup in Russia, the countdown has begun, and the conversation continues to heat up. Once the competition begins, the only real-time #WorldCup global viewing party will be on Twitter, where you can track all 64 matches, experience every goal and love every second, both on and off the pitch.

Official World Cup accounts and hashtags
Fans should follow @FIFAcom and @FIFAWorldCup, the official Twitter accounts for updates provided by the Official Site of the FIFA World Cup. Here you will find match coverage, behind-the-scenes video and photos from Russia, and access to players throughout the #WorldCup.

And to keep tabs on all of the conversation, fans can search for and Tweet with the official @FIFAWorldCup hashtag, #WorldCup.

If it’s a specific match you are looking for, FIFA has put together this handy list of hashtags for the first three days of the Group Stage:

Over the past month, #WorldCup conversation is heating up. According to @TwitterData, these are the most Tweeted about teams around the globe heading into this summer’s event.

Over 300 players making the trip to Russia, across all 32 nations, are on Twitter. You can follow each of their individual journeys throughout the tournament here:

And this list from @FIFAWorldCup is a handy guide to find the Twitter accounts of the players and coaches participating in this summer’s tournament.

Here is a look at the most followed players on Twitter in the #WorldCup:

The final squads are now chosen, but we'll have to wait until the opening group match against France (@FFF) to see who starts for Australia. For now, here's the most mentioned @Socceroos players since the final #WorldCup squad was announced. 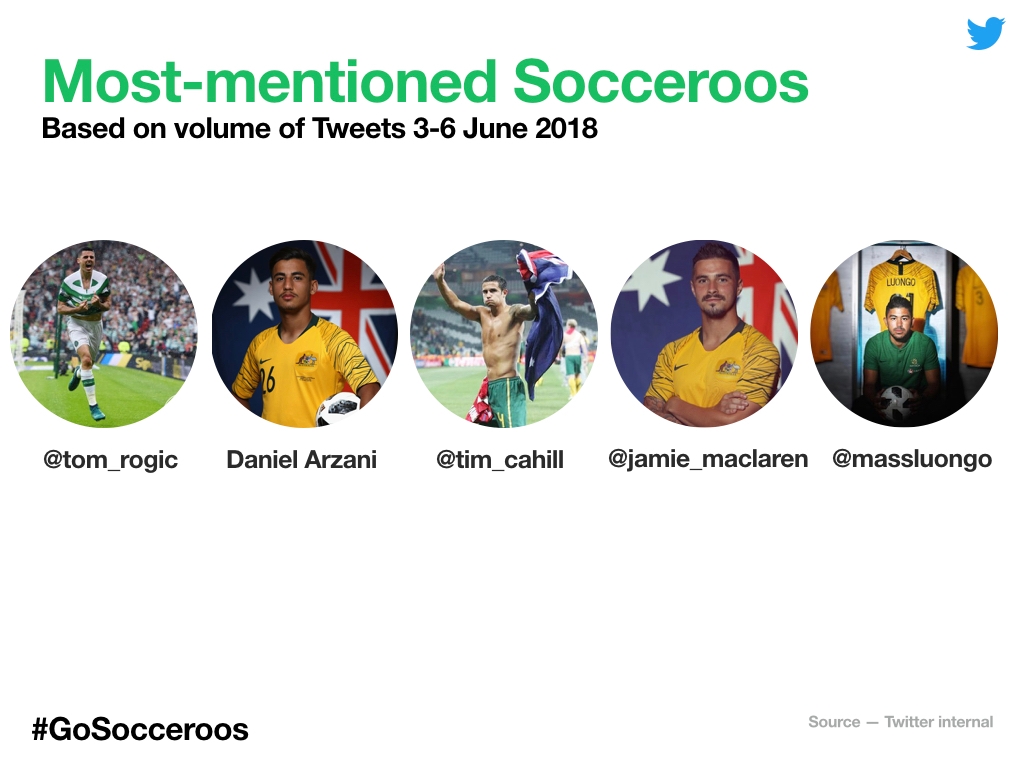 And finally, if fans on Twitter were picking a lineup, the 11 players below would be a good place to start. This Twitter XI squad below is made up of the players who were mentioned the most (by position) on Twitter since the World Cup Draw, forming a team that would surely be the envy of any manager in Russia: 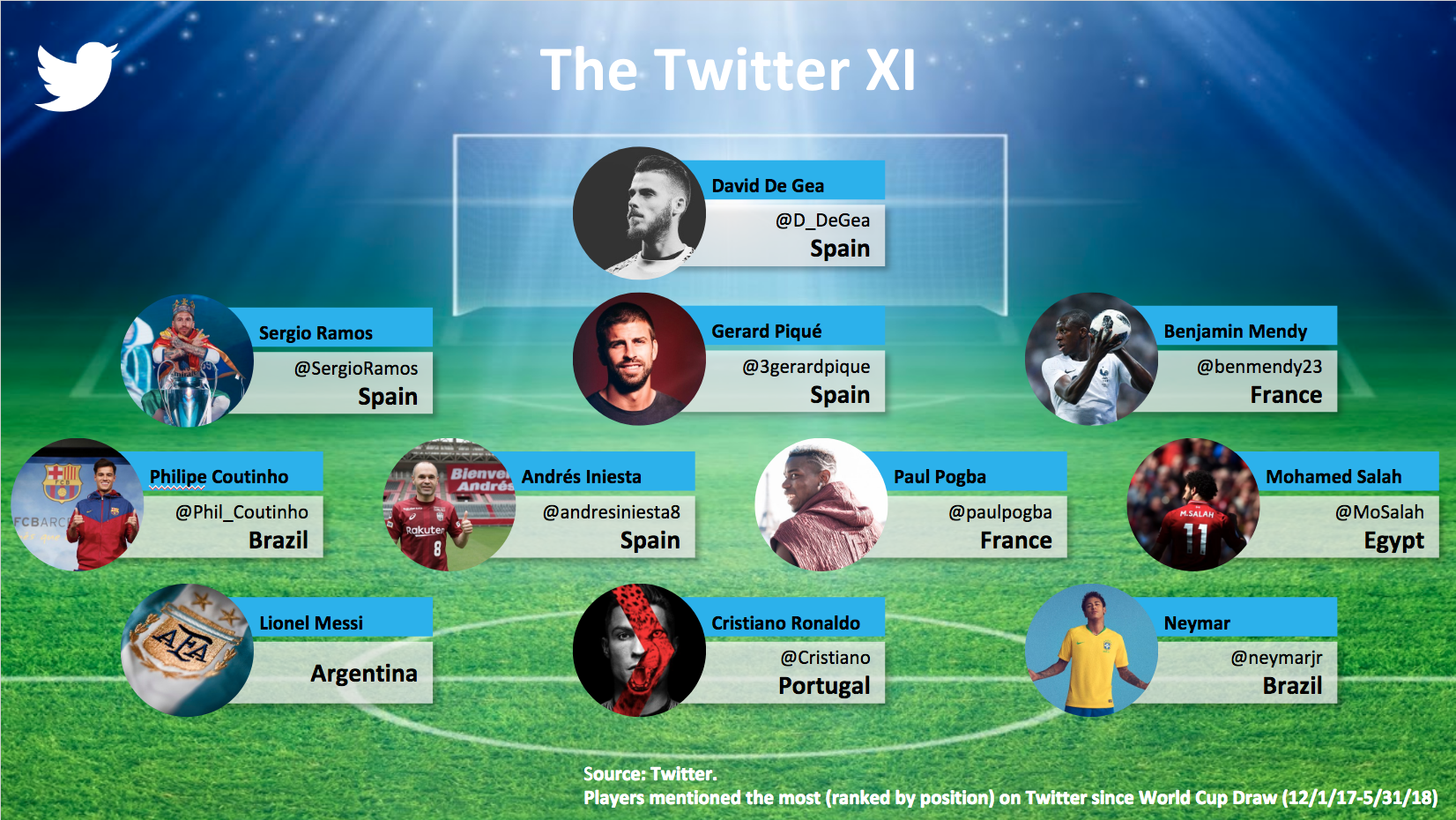