Is this an emoji I see before me? Twitter plays its part in #Shakespeare400

Is this an emoji I see before me? 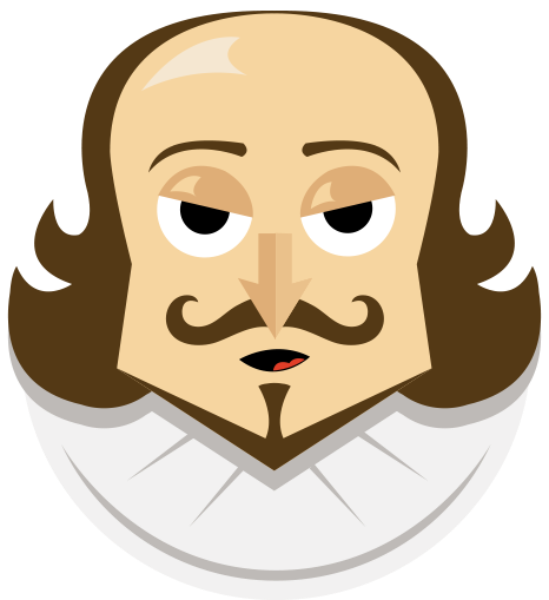 He was the greatest ever wordsmith, would surely have been a fan of Twitter, and now Shakespeare has been immortalised in emoji history.

As the world marks 400 years since Shakespeare’s death, acting legend Sir Patrick Stewart (@SirPatStew) will officially launch the icon and encourage Twitter and Periscope users to play their part by reciting their own take on a Shakespearean passage with the hashtag #ShakespeareLives.

Anyone stuck for inspiration can follow along the hashtag on Saturday April 23rd where the likes of Akala (@AkalaMusic), The BBC, performing teacher Mark Grist (@MontyGristo), The Globe and The RSC will be broadcasting live on both Periscope and Twitter throughout the day.

In a Periscope first, our friends at, GoPro are pairing up with Grassroots Shakespeare London (@grassrootsLON) for live re-enactments of some of his greatest works in iconic London locations from dawn until dusk, every hour on the hour.

Some of the most famous and most quoted scenes from much-loved plays such as Hamlet, Romeo and Juliet and Twelfth Night will be performed live in front of familiar spots such as the statue of the Bard himself at Leicester Square and the sculpture of Laurence Olivier along the South Bank, immortalised as Hamlet.

They will all be live streamed via GoPro cameras to Periscope from 6am until curtain closes at 8pm, meaning lovers of the Bard’s work can tune in, celebrate with them, and experience the drama in all its unedited and unfiltered glory from anywhere.

For those who want to celebrate by truly bringing the Bard into the present day, we’ll be imagining what Shakespeare would Tweet if he were alive. Because he would totally be on Twitter and probably love a GIF. Whether it’s Shakespeare’s take on 21st century life or daily Tweets in Shakespearean language, fans are getting involved with the hashtag #Shakespeare400, which will also trigger the emoji.

And to truly bring Shakespeare’s works into the 21st century, we’re working with The Globe (@The_Globe) to find out how long it takes Twitter to publish the Complete Works of Shakespeare. We’ve resurrected our Tweeting typewriter (Word by Word) from last year’s Powered By Tweets exhibition which will search Tweets live to find the relevant words to complete his finest works.

We’ll be sharing all the best content from @TwitterBooks and @TwitterUK so follow along and play your part.