India’s #CWC15 campaign got off to the perfect start on Sunday as @BCCI defeated @TheRealPCB by 76 runs in front of a packed @TheAdelaideOval! Here’s a closer look at how #INDvPAK played out on Twitter.

There were 118.3 Million live Tweet impressions for #INDvPAK during the #CWC15 match window affirming that Twitter has become the de facto #SecondScreen for TV viewers in India. 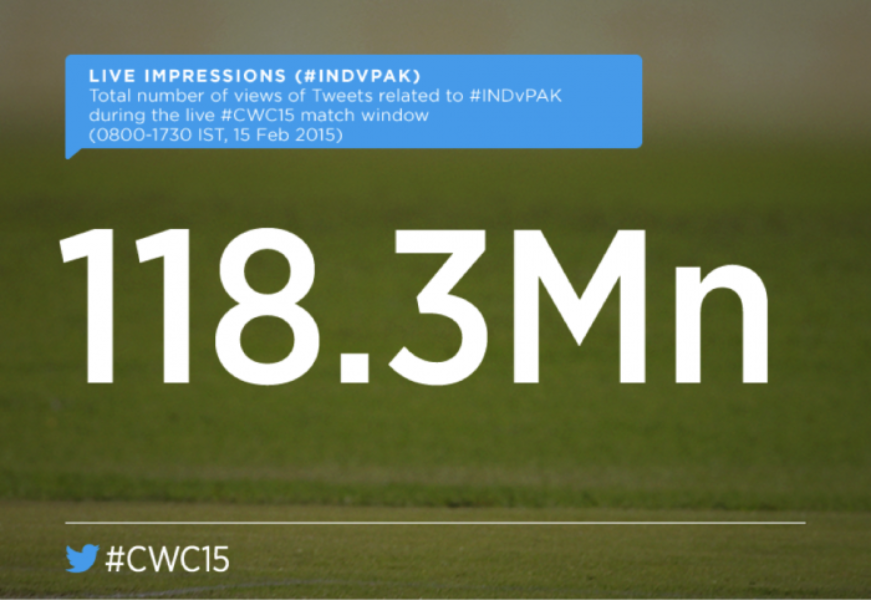 Overall, there were 1.7 Million Tweets related to the match. 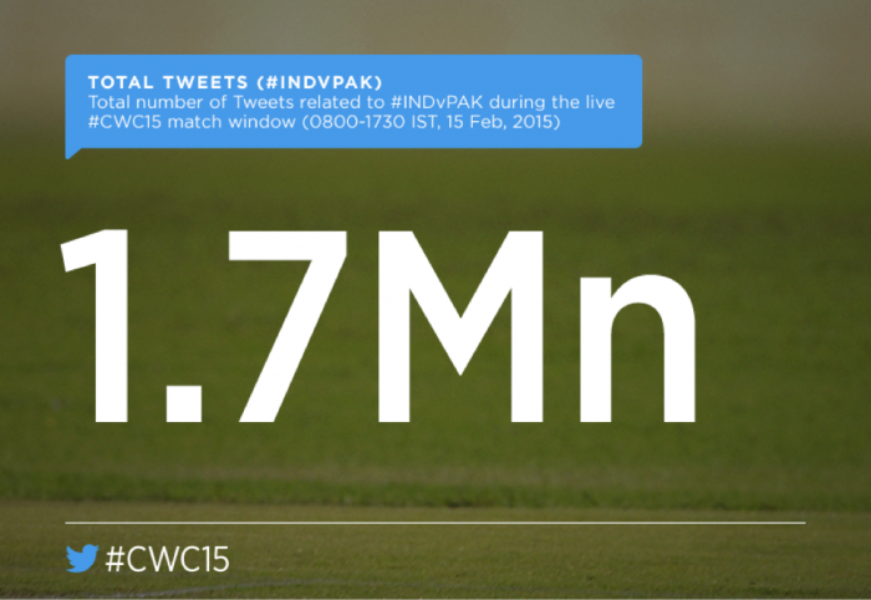 @imVKohli was the star among many high performers, scoring a brilliant century and winning the man of the match award for which he stopped by the Twitter Mirror to show off his prize.

Kohli reaching his hundred was also one of the most talked about moments on Twitter. It was topped only by the winning moment as India dismissed the last Pakistani batsman to claim victory. 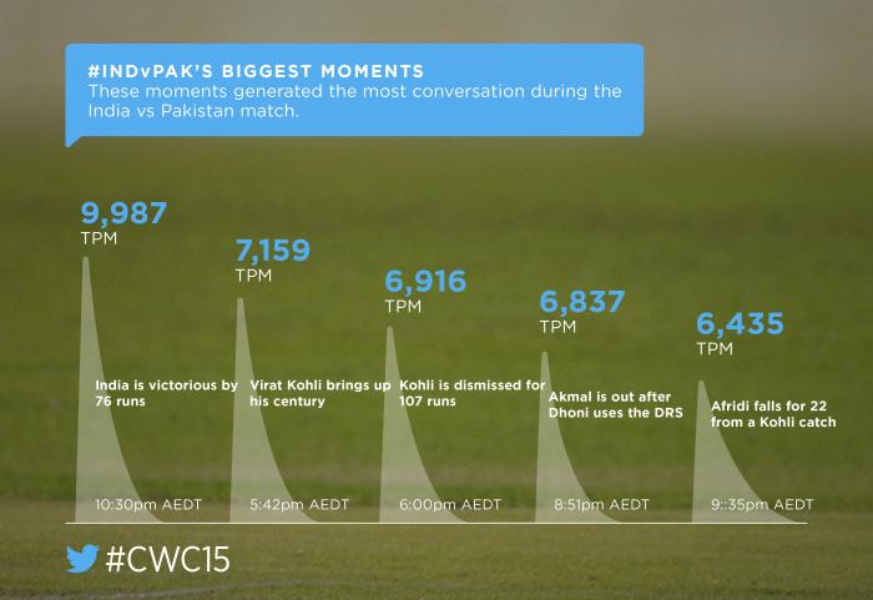 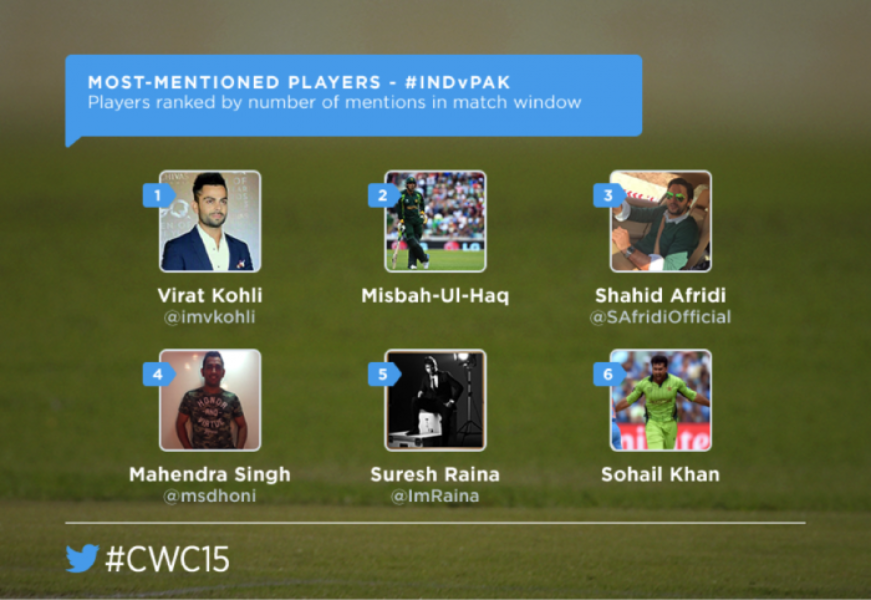 With India’s special win, it was a magical Sunday on Twitter. Relive the victory with this timeline of some of our favourite Tweets from #INDvPAK

The International Cricket Council (@ICC) innovated on television, using Twitter as the #SecondScreen to give viewers around the world a dream-come-true opportunity to ask the winning captain a question by Tweeting to them with #AskCaptain and #CWC15. Twitter user @chirag_atrey had his question answered live on global television by Indian captain @msdhoni!

Twitter users will have this opportunity for every match of #CWC15 so get involved!

The fun didn’t end there as @ICC even used Twitter’s video player to Tweet out a recap of the day’s play with their #CWCDaily show a few hours after the match.

So after a resounding victory for #TeamIndia over arch-rivals Pakistan, it’s South Africa (@OfficialCSA) up next on Sunday 22 February. Be sure to hit Twitter for all the #INDvSA action and all the other excitement from #CWC15. And while you’re watching, don’t forget to check out our special Cricket World Cup timeline to help you get closer to the action than ever before.