We’ve noticed a significant percent of Twitter usage consistently originating from Japan despite the fact that our service is in English. This highlighted an opportunity for us to make Twitter better so we worked with our partner, Digital Garage to launch a Japanese version of Twitter. Starting today, the increasing number of folks accessing our service from Japan will have a better experience. Special thanks to Jason Goldman, Britt Selvitelle, Yuu Takakaki, Hiroki Eda, and the rest of the team who helped build Twitter Japan. 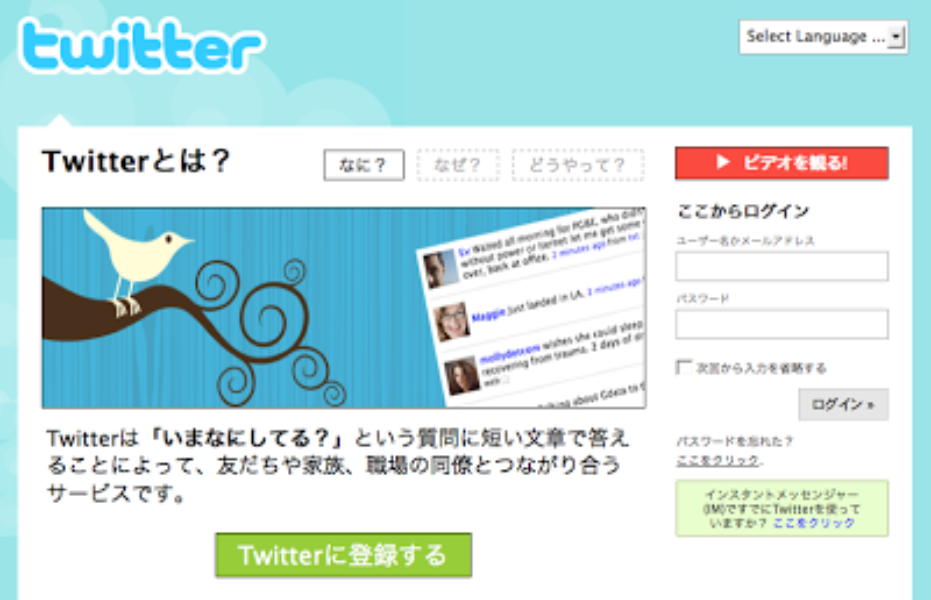 The partnership agreement we have with Digital Garage also includes some commercial experimentation in the Japanese market through it’s subsidiary, CGM Marketing, Inc. At launch, visitors to Twitter.jp will see media from two clients. One is a new book about Twitter being released in Japan, another is an automotive news service built on Twitter and sponsored by Toyota.