Another First in the UK 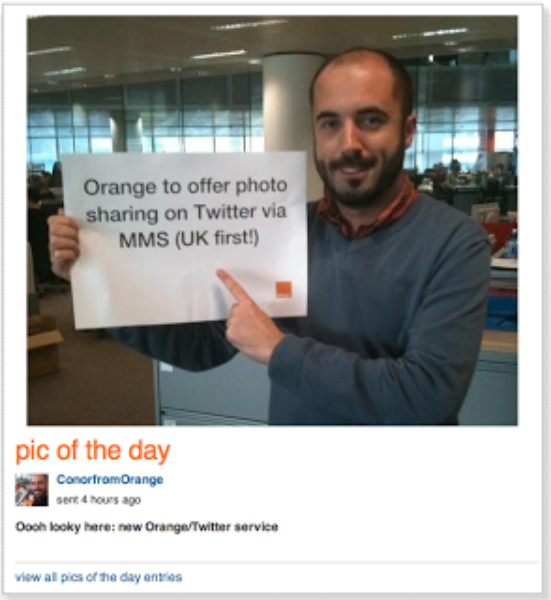 The UK has had an outsized cultural impact on the world. From music to sports to literature… and now – MMS with Twitter.

Today, not only has Orange UK turned on Twitter SMS, but it has added a first-of-its-kind special enhancement. Orange UK users can also send picture messages (MMS) to 86444 in addition to text messages because of a site that Orange UK has created called Snapshot. The best part is that it is incredibly simple to use:

Twitter does not charge for this service. It’s just like sending and receiving messages with your friends — your carrier’s standard messaging rates apply. Give it a try by sending a text message to 86444 with the word “START.” This means that with the same shortcode, 86444, UK users can tweet via SMS with Vodafone, O2, and now Orange.