#Hindsight2010: The Year’s Most Retweeted Tweets 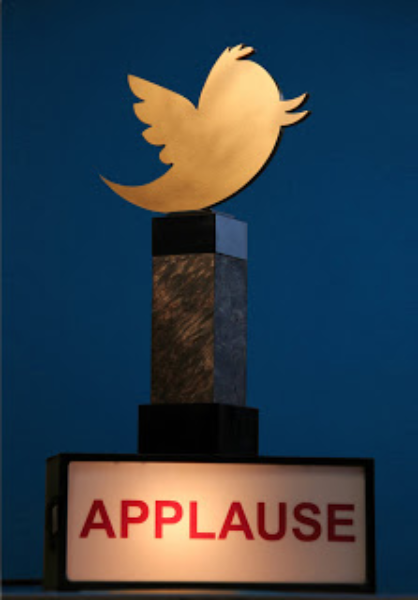 In this edition of #Hindsight2010, we reveal the 10 Most Retweeted Tweets of the year.

American TV personality Stephen Colbert (@StephenAtHome) tops the list with a wry Tweet about the Gulf Oil Spill, the year’s biggest Trend on Twitter. To commemorate the honor, Twitter is awarding Colbert —the titan of ‘Truthiness’— the first-ever Golden Tweet award for the year’s Most Retweeted Tweet. Twitter co-founder Biz Stone personally presented Colbert with the award tonight on The Colbert Report.

Musicians dominated 2010’s Most Retweeted Tweets list: Drizzy Drake (@drakkardnoir) took the #2 spot, and Lil Wayne (@liltunechi) came in at #3. Fascination with Justin Bieber (@justinbieber) is still raging: he placed fourth, while pop stars Joe Jonas (@joejonas) and Rihanna (@rihanna) made the list at #6 and #9 with their Bieber-related Tweets. Congrats also go to Lady Gaga (@ladygaga) (#7) and Kanye West (@kanyewest) (#8).

Humor is a key part of the Twitter experience, and the Most Retweeted list reflects the way that people use the service for comedy and parody. A Tweet from the spoof account @alqaeda clocked in at #5, and words of wisdom from @shitmydadsays rounded out the list at #10.

Finally, an honorable mention goes out to everyone’s favorite feline meme, Long Cat (@longcat111, @longcat222 and @longcat333). The three Tweets that made Long Cat extra loooooong added up to one of the Most Retweeted moments of the year. Meow.