The road to Super Tuesday in Tweets

Since the beginning of the 2012 election season, many of you have turned to Twitter for breaking news about the latest GOP primary results, participating in the debates and first-person accounts of virtually everything happening on the campaign trail.

Your Tweets have also mirrored the rise and fall of various GOP prospects’ campaigns heading into Super Tuesday. Check out this graph charting the number of Tweets mentioning each of the Republican candidates throughout the campaign: 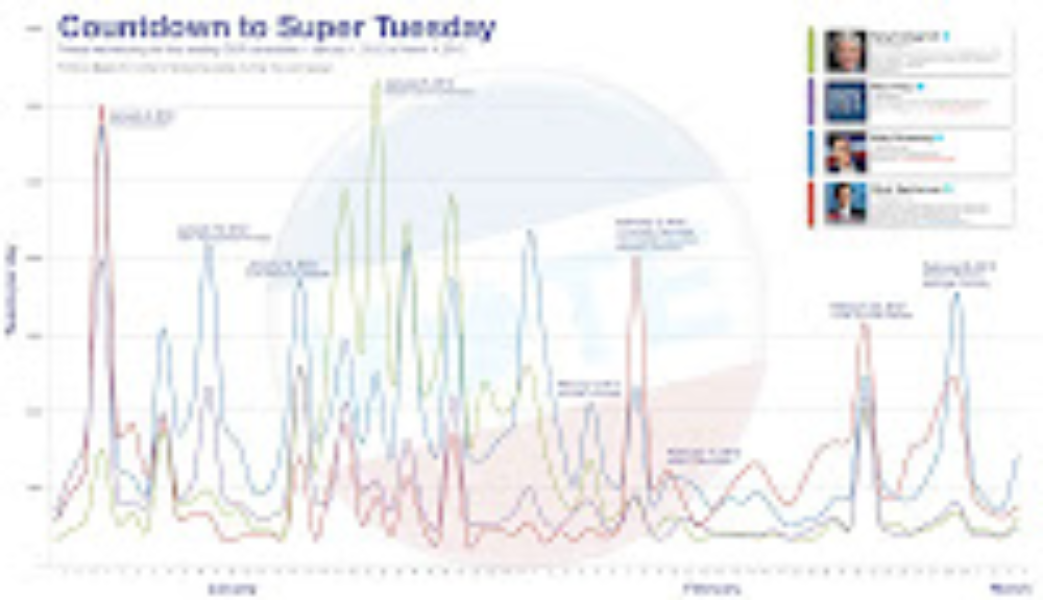 Update: Here is a chart of GOP candidate follower growth leading up to Super Tuesday. 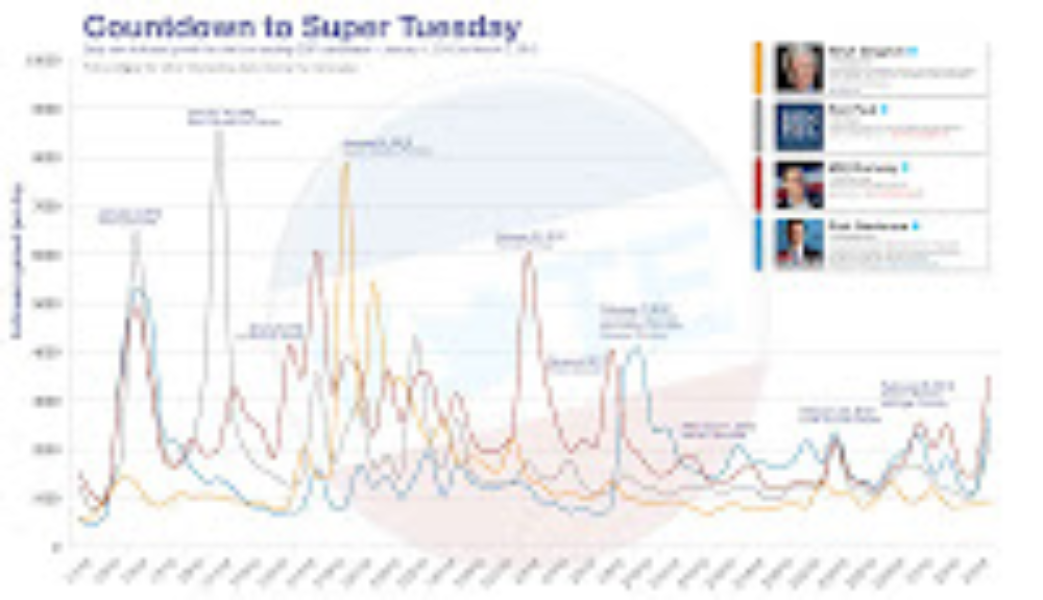 Follow @gov for more highlights about Super Tuesday and the ongoing election season.