Cross-posted on the TweetDeck blog.

Today, we’re releasing a new version of TweetDeck. This update introduces some great new features as well as a host of smaller improvements and bug fixes. Check out this video for a quick tour of the updates, and read on for more information.

You can now create, edit and delete lists directly in the app. There is even a dedicated Lists button on the toolbar, so you can quickly and easily dive in to manage your lists. Additionally, all user profiles have an “Add or Remove from lists” menu item, making it easy to manage list memberships for any Twitter user. 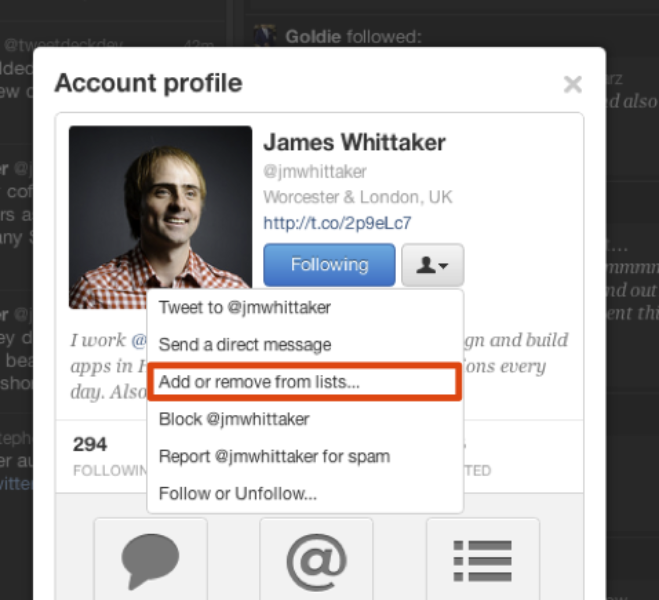 We’ve added two columns to TweetDeck to make it possible to see additional activity on Twitter, including retweets, favorites and follows.

A new Interactions column, available under the Add Column button, is like an enhanced Mentions column. It shows not only all of your mentions, but also alerts when you have been followed, added to a list, retweeted or favorited.

Perhaps even more interesting is another new column type called Activity. This column shows a real-time feed of all the follow, favorite and add-to-list actions performed by the accounts that you follow. We think you’ll find this helps you discover lots of interesting accounts and content that you may not have previously seen. 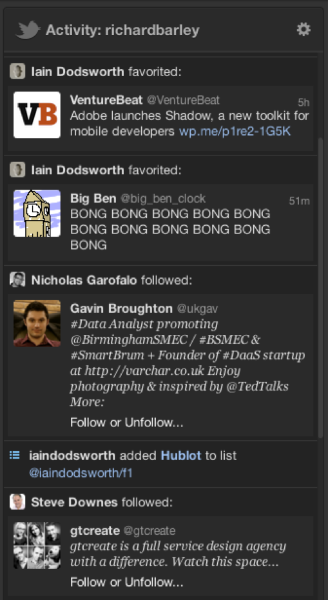 TweetDeck now has inline media previews, so you can view images and videos faster and more easily. You will now see a small preview of images and videos under the related Tweet. If you’d rather not see in-line media, just turn this option off under Settings > General.

Additionally, you can view a large preview of images and videos in an in-app media gallery. Just click the preview image, or the URL in the Tweet, and the media will be displayed in a large gallery view. 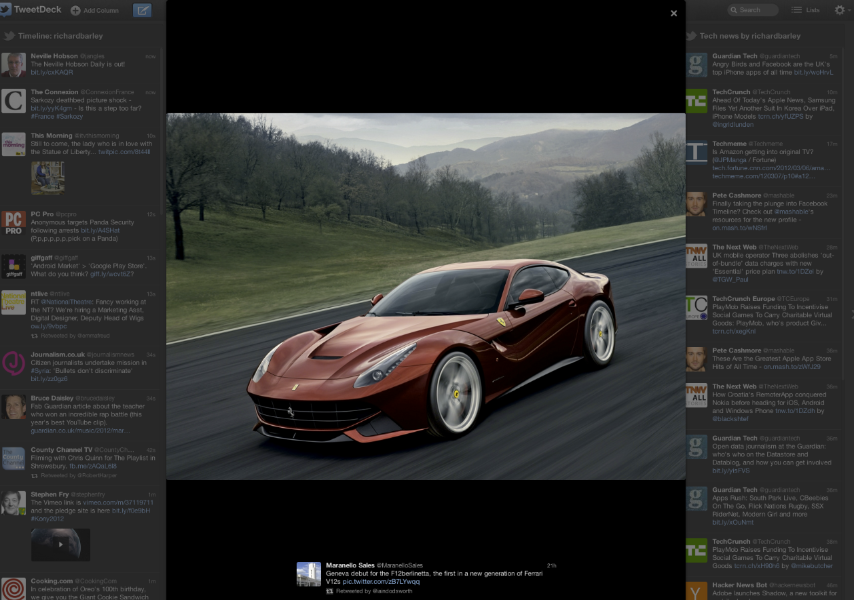 We listened to the feedback that the “Quote” retweet option was not as useful as the previously available “RT @username:” format. So, in this version, we’ve replaced “Quote” with “Edit & RT,” which lets you edit the Tweet before sending.

We’re working hard to bring you even more new TweetDeck features and improvements, so keep an eye out for more news.