At Twitter, we have a goal to reach every person on the planet. We believe that goal is more attainable with a team that understands and represents different cultures and backgrounds.

To that end, we are joining some peer companies by sharing our ethnic and gender diversity data. And like our peers, we have a lot of work to do. 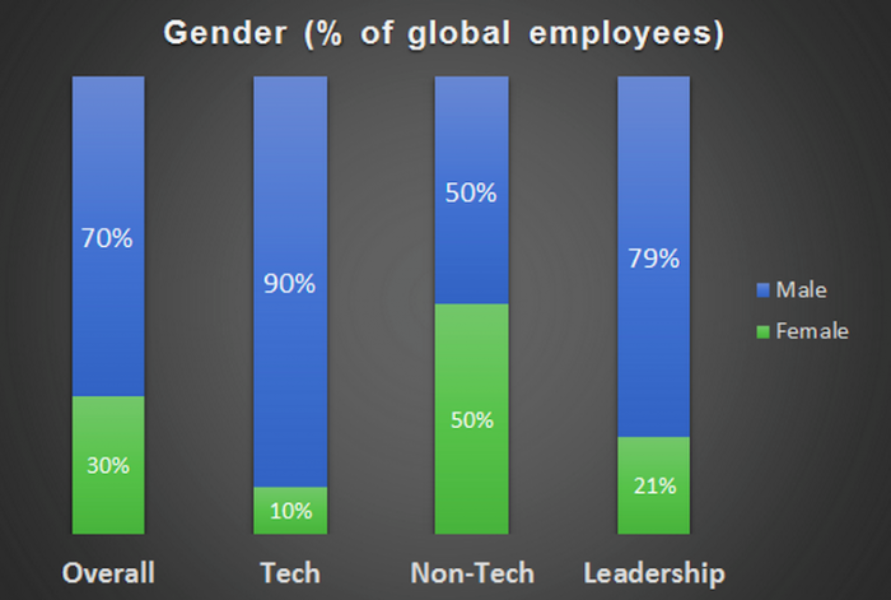 A Twitter that we can be proud of is diverse, and it’s inclusive. After leading HR at Twitter for four years, I am now honored to focus specifically on these efforts. And we have a number of employee-led groups putting a ton of effort into the cause: WomEng (women in engineering), SWAT (super women at Twitter), TwUX (Twitter women in design), Blackbird (Tweeps of color), TwitterOpen (LGBTQ folks) and Alas (Latino and Latina employees). These affinity groups are inclusive of anyone passionate about their mission, and they have done tremendous work to make Twitter a more awesome place to work.

We know the critical importance of actively recruiting from under-represented communities such as women’s colleges and historically black colleges and universities (HBCUs). And to continue improving our diversity standing, we have partnered with many organizations to move the needle at Twitter. A few of those are:

And earlier this year, our WomEng group was honored by the public-private collaborative Gender Equality Principles Initiative in San Francisco.

We are committed to making inclusiveness a cornerstone of our culture.

We are keenly aware that Twitter is part of an industry that is marked by dramatic imbalances in diversity — and we are no exception.

By becoming more transparent with our employee data, open in dialogue throughout the company and rigorous in our recruiting, hiring and promotion practices, we are making diversity an important business issue for ourselves.