We’re posting key metrics from @TwitterData and @TwitterSports throughout the #WorldCup to illustrate the global viewing party on Twitter. Here’s a snapshot of the @ussoccer vs. @ghanafaofficial conversation, plus some other metrics from the tournament so far.

1. There were more than 4.9 million Tweets during the #GHAvsUSA match

@ghanafaofficial vs @ussoccer saw more than 4.9 million Tweets about the match during the live telecast: 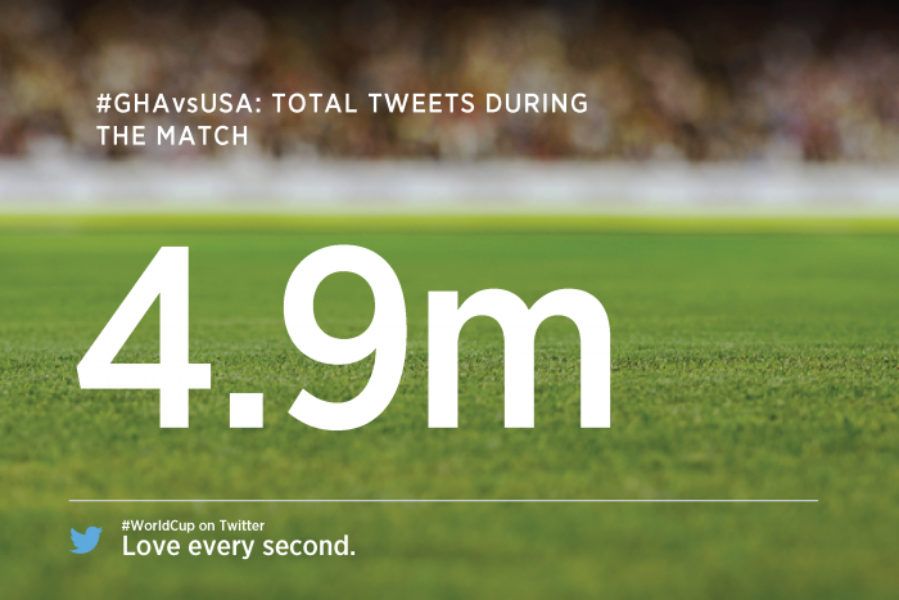 2. There were more than 8.9 million Tweets during the #GERvsPOR match

So far, the opening match between host country Brazil (@CBF_Futebol) and Croatia (@HNS_CFF) has had the most Twitter conversation:

When @clint_dempsey scored in the first minute of the match, fans across the world tweeted about it. Here are the moments that generated the biggest peaks of Twitter conversation of the match, measured in Tweets per minute (TPM):

And football fans rushed to follow the U.S. captain: 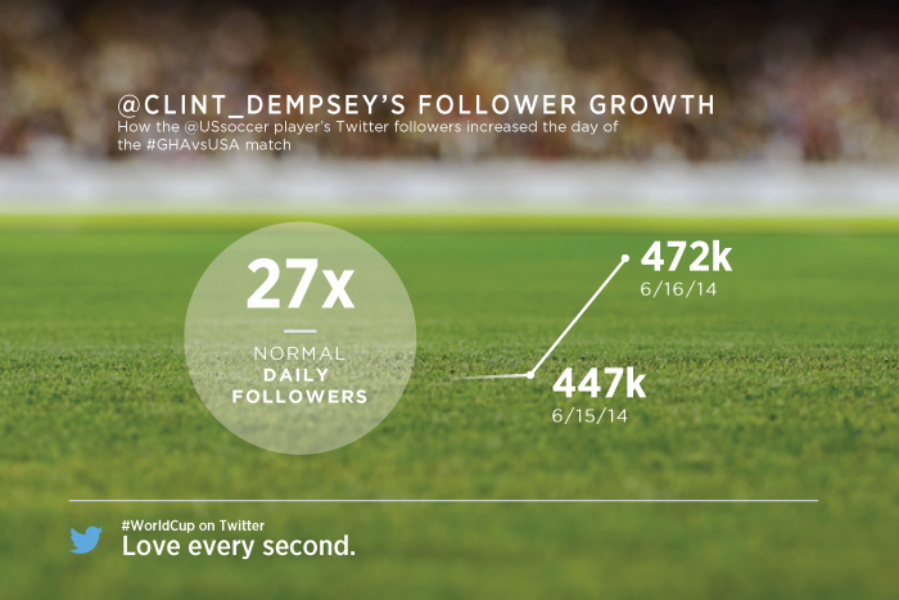 4. @clint_dempsey was also the most-mentioned player.

During the match, here were the most-mentioned players on Twitter from both squads: 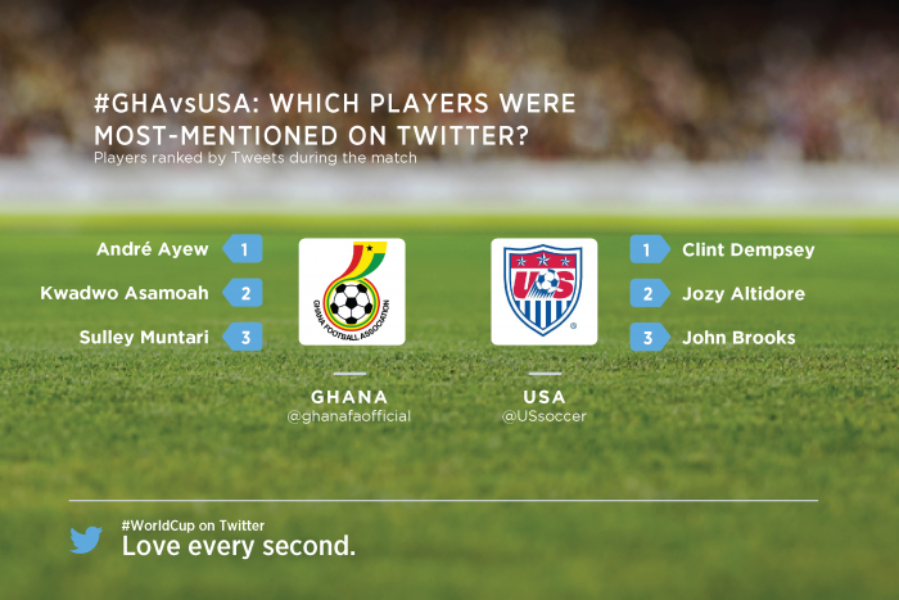 Photos shared on Twitter give you a peek at the global celebration, including through the eyes of fans in Brazil. This photo grid shows how some of the most important moments in the #GHAvsUSA match were reflected in the images shared on Twitter: 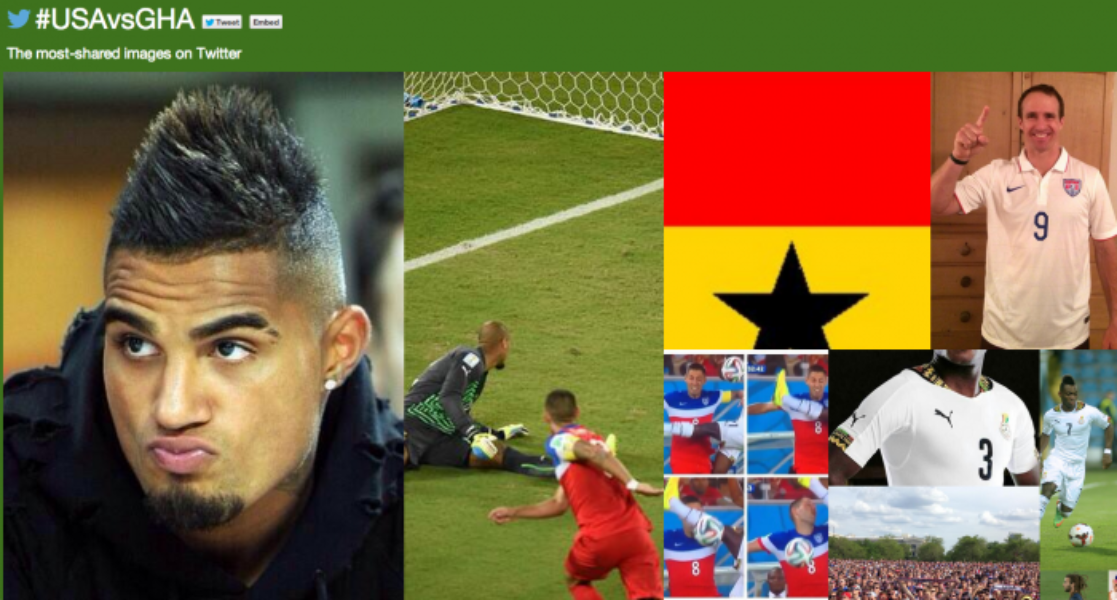 6. More than 150 countries joined the conversation 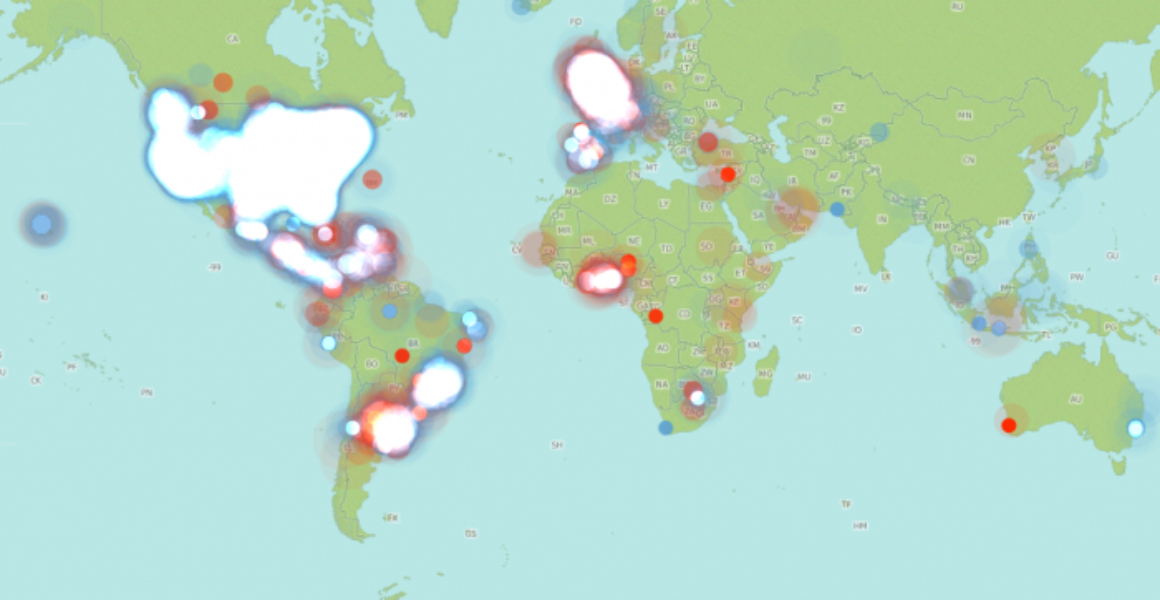 The map from the @DFB_Team vs. @selecaoportugal match shows an even greater global conversation: 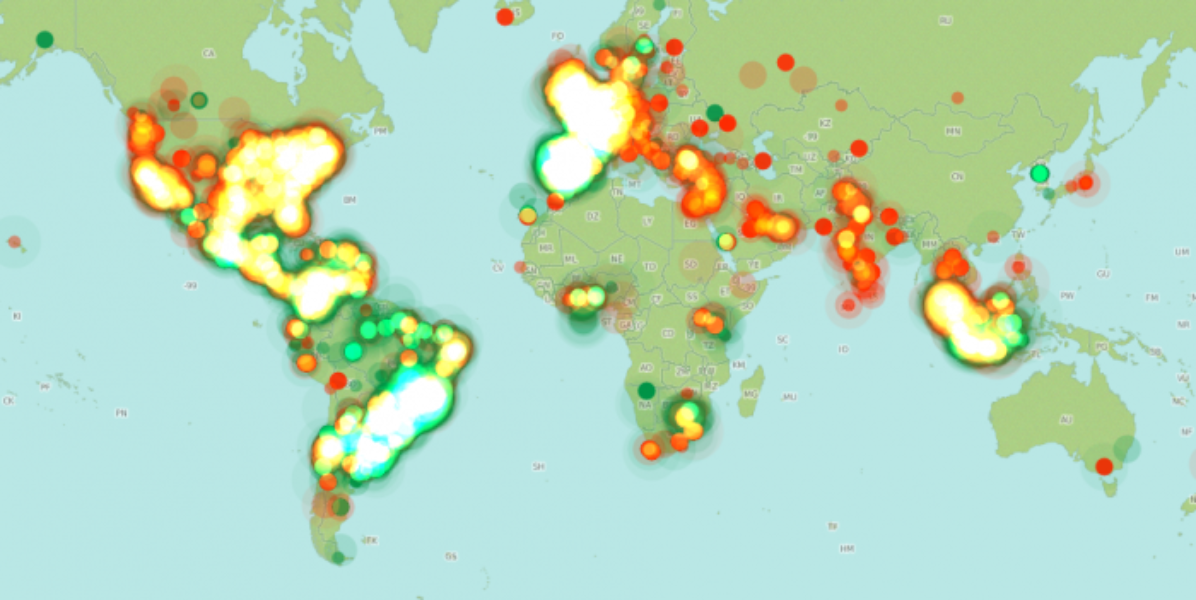 Before and during the match, athletes, politicians and other celebrities supported the American team: