Whether it’s Fashion Week, the Cricket World Cup or a TV show finale, surfacing great Twitter content in key moments is a powerful catalyst for engaging audiences and igniting conversations. Now we’re making it easier than ever to find and display the most relevant Twitter and Vine content with a new tool called Curator.

Curator was built to allow media publishers to search, filter and curate Twitter content that can then be displayed on web, mobile and TV. Those who have been testing Curator have seen strong increases in audience engagement, participation and attention. With these encouraging results, we’re opening up the product to all media publishers around the world, for free. This includes news organizations, production companies, broadcasters, local governments, and even concert venues. 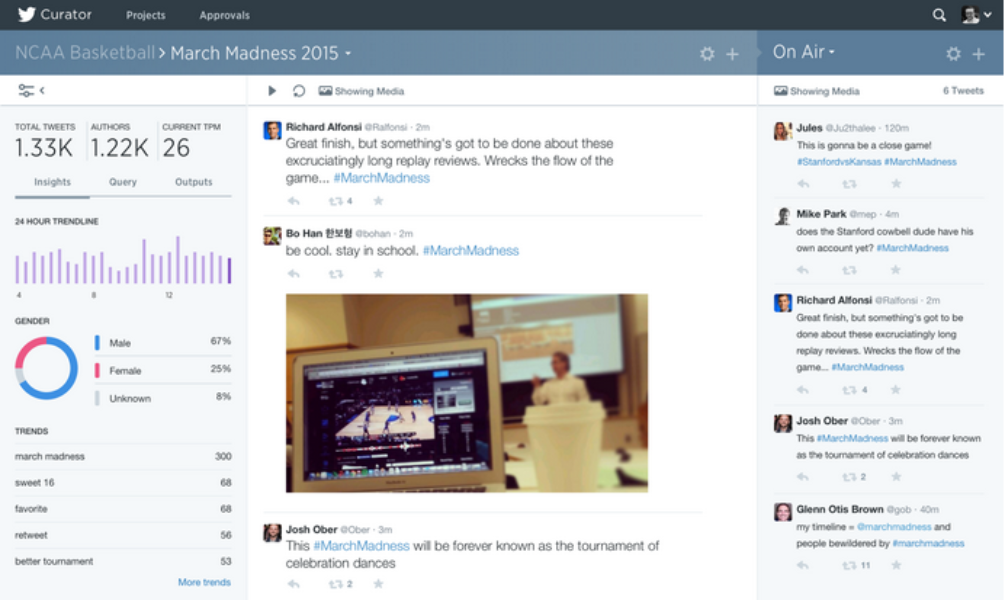 Screenshot of a stream created within Curator to find March Madness related Tweets and Vines. Users can then curate their favorite Tweets into a collection in the right-hand panel, to later display on web, mobile or TV.

Curator enables publishers to create complex keyword and hashtag queries to easily uncover streams of high quality Tweets. Queries can be further refined by follower counts, location, languages and more to create collections of the most relevant Tweets pertaining to that topic. For example, you can find Tweets including #MarchMadness, from users with 100+ followers located in the US. You can then use Curator to display the best Tweets from that search into your mobile app, during a TV show broadcast, or on any screen regardless of size. 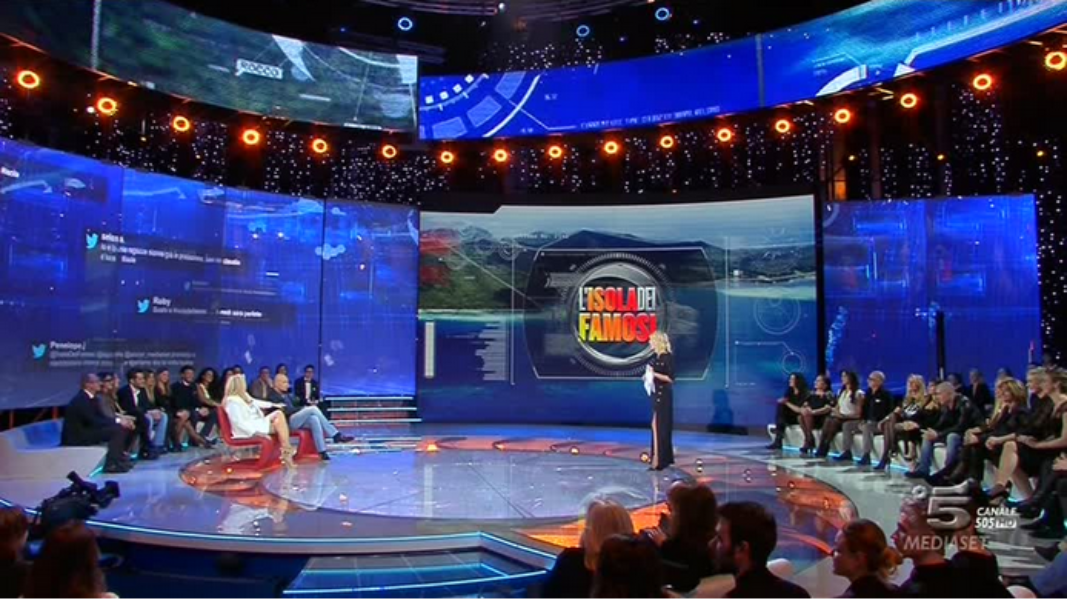 For more advanced integrations, customizations and hands-on support, publishers can work with Twitter Certified Partners like Flowics, Livefyre, ScribbleLive, Spredfast and Wayin. Due to demand, we’re actively looking to expand such partnerships over the coming year.

Together with our partners, our goal is to make it easy and seamless for publishers to incorporate powerful conversations, interactivity and engagement into their programming. 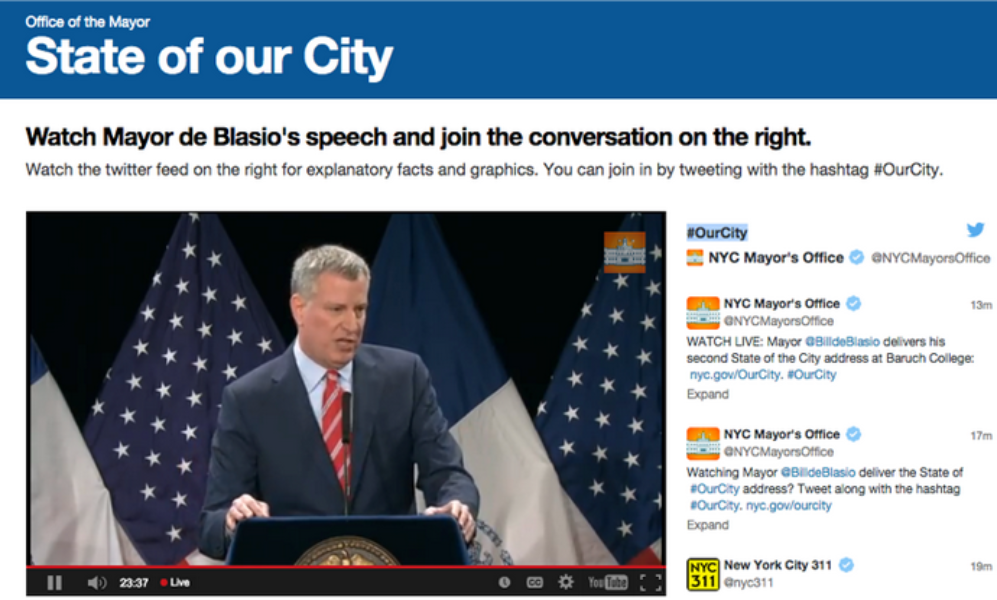 New York City’s Office of the Mayor used Curator to power a Twitter feed on nyc.gov during the 2015 State of our City speech. Courtesy of nyc.gov and the city of New York.