Ride along with the Tour de France on Twitter

The Tour de France (@letour), the renowned annual stage bicycle race across France, begins this Saturday. And as is now common, each stage of the 102nd edition of the race also unfolds on Twitter.

Here are some tips on how to be at the heart of the race.

Cycling fans will want to follow @letour to get all the latest updates. You can also activate notifications from @letour account so you don’t miss a single Tweet or significant moment. And of course you can jump into the Tour convo using the official event hashtag: #TDF2015.

Stay connected to the teams and the cyclists:

And here’s a selection of some of the top rider accounts to follow:

To add color to your Tweets, use the new Twitter emojis designed for the Tour. Click on this Tweet from @letour and this Tweet from @ChrisFroome, as both accounts featured Tweets about the hashtags to use to display emojis. 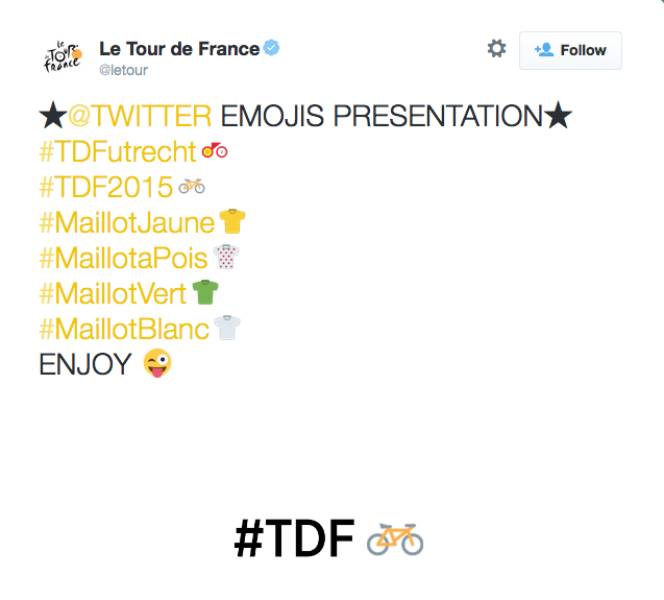 Of course, the #TDF2015 convo has already began on Twitter:

Last March, @letour unveiled the “Maillot Vert” (green jersey) in partnership with @skodafrance. As soon as the Tweet hit 50 Retweets, this photo was released on Twitter:

During the Criterium of @Dauphine, @MaillotJauneLCL offered Twitter users a chance to win a jersey:

Visitors to the Grand Depart in Utrecht will encounter big screens with Twitter integrations at major squares, fan parks and along the race. They can see their own Tweets tagged with #TDFUtrecht and can follow the ‘Tweet de la Course’ – the standings of the most engaged teams and riders in the Tour. Last but not least, there will also be screens with a live hashtag battle, where fans can Tweet the hashtag of their favorite riders to push them to the virtual top of the mountain. 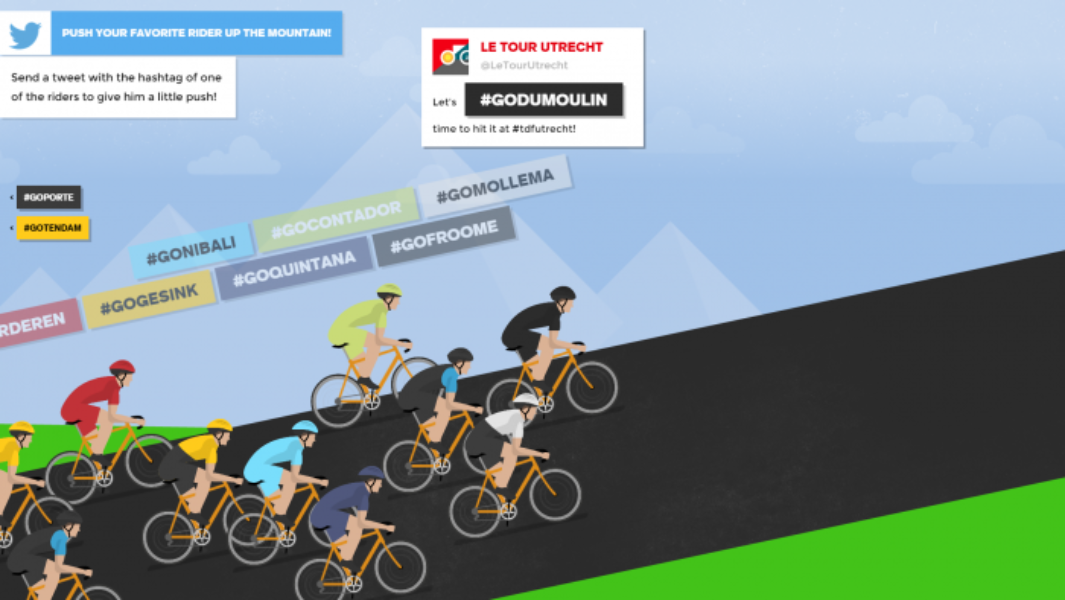 Image used with permission from Tweetbeam

And before the start of the race, follow the last preparations:

… and browse through this selection of #TDF2014 Tweets to get ready: