Comedy’s superstars, legends and hottest new talent came together on Sunday, Feb. 15 for “Saturday Night Live’s 40th Anniversary Special” on NBC, and the accompanying star-studded party on Twitter was of historic proportions.

The @NBC show was the most-watched prime-time entertainment series episode since May 2004, with 23.1 million viewers according to Nielsen. From montages of old audition tapes and classic skits to new interpretations of audience favorites and buzzworthy musical performances, there were plenty of Twitter-worthy moments. 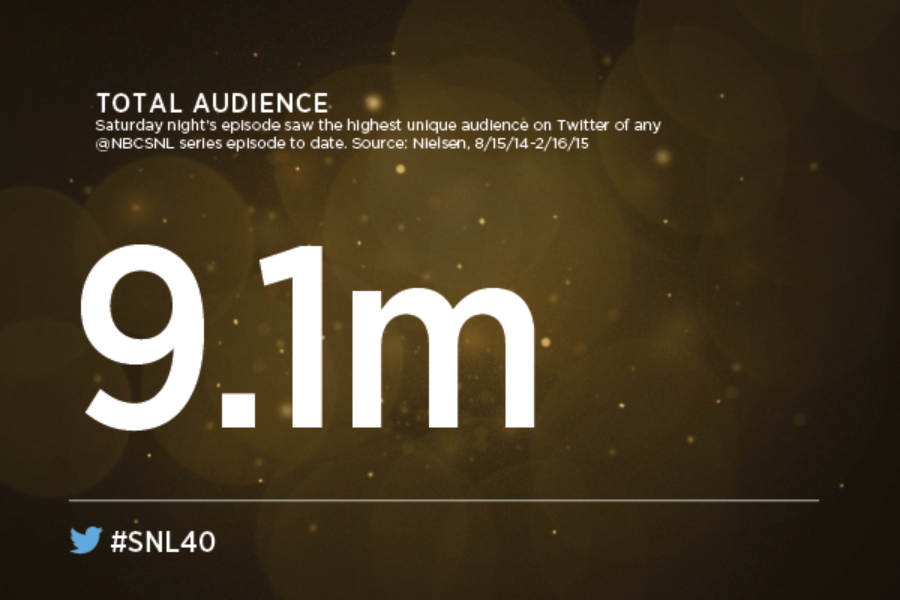 Over the course of the show, “SNL40” was mentioned in 870,000 Tweets. The single minute that saw the largest surge in activity was at 10:46 p.m. ET, when 13,000 Tweets were sent following @kanyewest’s performance with @VicMensa and @Sia.

According to Nielsen, here are the celebrities who were mentioned the most during the broadcast: 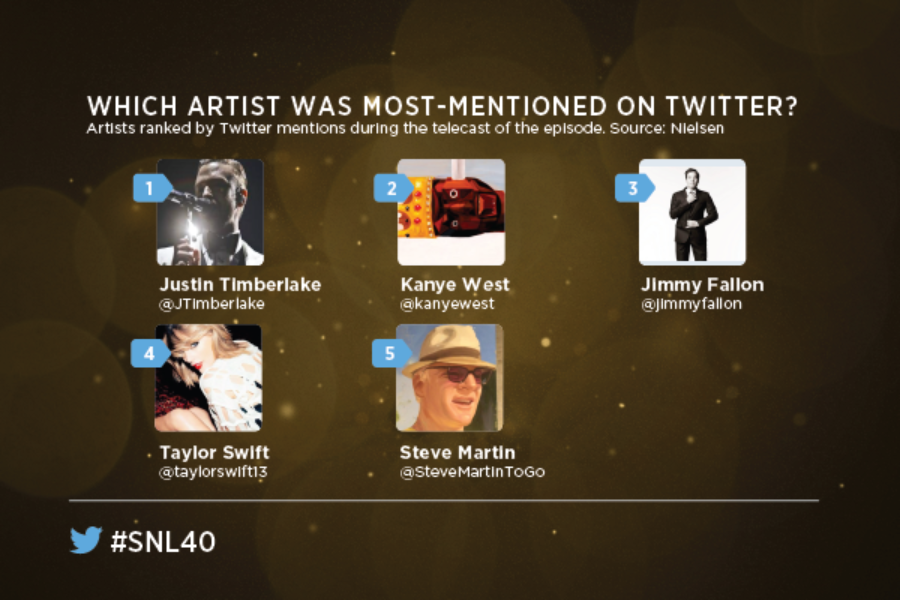 To augment the show, NBC and SNL partnered with Twitter to create a rich experience that gave fans unprecedented access to the legendary Studio 8H. It added up to a unique Twitter event worthy of SNL’s 40 seasons of legendary comedy.

Twitter Mirrors were on the red carpet, at the pre-party and backstage to capture all of the action:

Other celebs were also out in full force, sharing behind-the-scenes perspectives and commentary in real time:

* According to Nielsen, Unique Authors and Tweets are a measure of relevant U.S. Twitter activity from three hours before through three hours after broadcast, local time. Reach metrics (Unique Audience and Impressions) measure the audience of relevant Tweets ascribed to a program from when the Tweets are sent until the end of the broadcast day at 5 a.m.