The #GRAMMYs, in real time

While the 2015 GRAMMY Awards aired on TV tonight, artists and fans around the world flocked to Twitter to celebrate music’s biggest night in real time.

Ahead of tonight’s big show, performers brought their followers to the red carpet and beyond. For instance, GRAMMY nominees @Pharrell, @samsmithworld, @Usher and @ImCharlieWilson hosted a series of Twitter Q&As to build anticipation prior to the show.

@AccessHollywood and @TheGRAMMYs live-Tweeted the entire red carpet festivities and captured behind-the-scenes photos as the stars made their way into the @STAPLESCenter arena.

Getting down to the show itself, the all-star lineup made for a big night, as highly anticipated performances by @Madonna and @Sia lit up Twitter timelines around the world.

Here are the moments that sparked the top Tweets-per-minute (TPM) peaks:

Check out this interactive map to see how the #GRAMMYs conversation spread throughout the world: 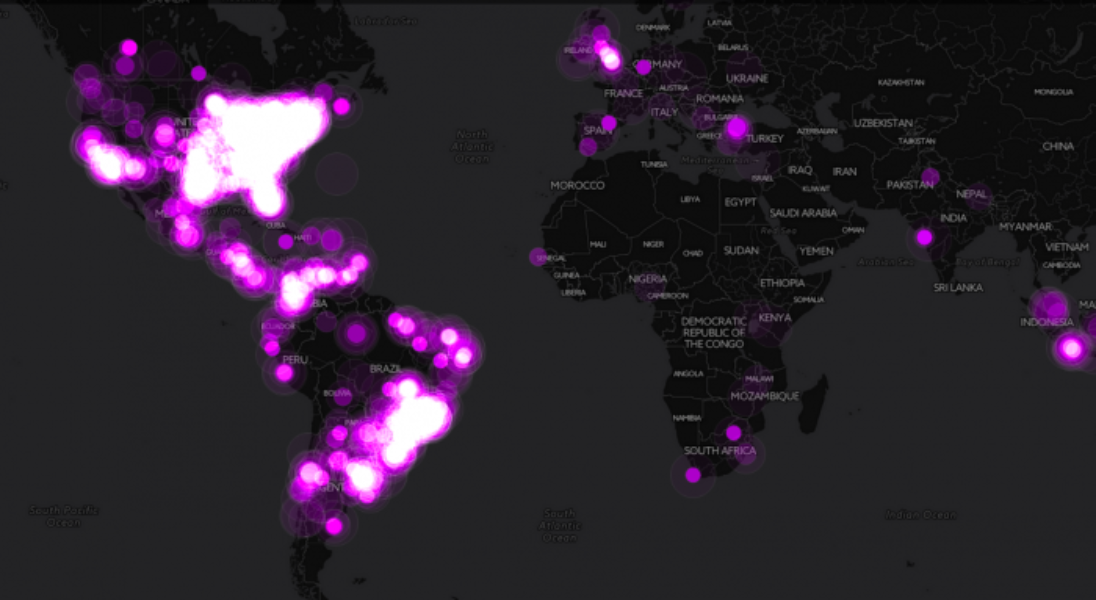 Throughout the night, some stars captured their fans’ attention, big time. Here’s our ranking of tonight’s most Tweeted-about celebs:

Here are some of the most-shared photos from the #GRAMMYs: And as the show aired, all kinds of celebrity fans Tweeted their reactions to the show as they joined the #GRAMMYs party from home.

And finally, here are the night’s top five most-Retweeted Tweets. 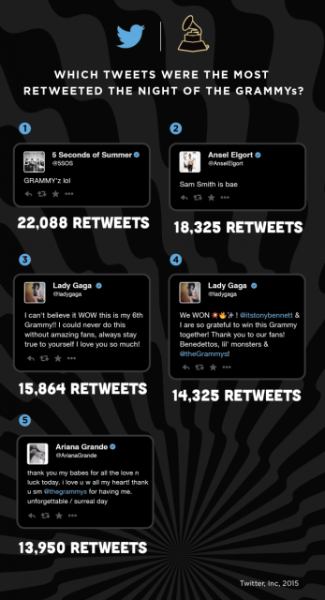 *all data based on east coast telecast of GRAMMY Awards