Last year, we set out to clearly define who we are and express the uniqueness and power of our brand. We started by speaking with the people who love Twitter and use it every day, and we emerged with something that wasn’t new but rather what we’ve always been.

Twitter is what’s happening and what people are talking about all over the world. We rolled out our new expression digitally, across all our channels and beyond. Those new to Twitter started to understand what Twitter is for, our customers told us we felt more “Twittery,” and our brand partners are excited about their opportunity to be “what’s happening.”

Our identity and role in the world today is more relevant than it’s ever been and we wanted to go a step further. We asked our most passionate customers what they love most about Twitter, what makes Twitter special for them.

What they said was powerful: Twitter lets me see what’s happening from every point of view, all perspectives, every side. Whether it be music, sports, news or entertainment, being able to see every side of a topic, makes Twitter unlike any other platform or service in the world.

Our new campaign aims to capture that very sentiment as we kick off on TV tonight with @chancetherapper. Chance’s authentic use of Twitter is powerful as is his fandom and the conversation that surrounds him. We spotlight the voices of fans, press, influencers and artists - every side of the conversation - at the speed of Twitter.

In the next few weeks, we will also be launching films showing every side of sports and news.

This week, we’re also launching our brand story in Japan through a TV campaign that contextualizes “what’s happening” and the power of seeing multiple perspectives from the 40 million who use Twitter in Japan.

Over the coming weeks and months we'll continue to tell our story and the stories of people all over the world who are on Twitter, from every side. Thank you for being a part of it. 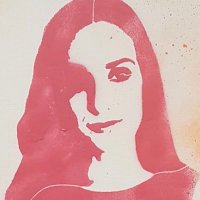