Today, we’re able to speak openly about two national security requests for the first time, specifically two national security letters (NSLs). These NSLs were accompanied by gag orders when they were served (one in 2015, one in 2016), preventing us from notifying the impacted account holders or publicly disclosing their existence. The FBI recently informed us that the gag orders have been lifted and that we may notify the account holders.

We have provided each of the account holders with copies of the relevant NSLs (certain information redacted to protect privacy) as well as the account data we were compelled to produce. While the actual NSLs request a large amount of data, Twitter provides a very limited set of data in response to NSLs consistent with federal law and interpretive guidance from the U.S. Department of Justice.

We’re encouraged by the lifting of these two gag orders and those recently disclosed by Cloudflare, Google, the Internet Archive, and Yahoo!. However, Twitter remains unsatisfied with restrictions on our right to speak more freely about national security requests we may receive. We continue to push for the legal ability to speak more openly on this topic in our lawsuit against the U.S. government, Twitter v. Lynch.

We continue to believe that reporting in government-mandated bands does not provide meaningful transparency to the public or those using our service. However, the government argues that any numerical reporting more detailed than the bands in the USA Freedom Act would be classified and as such not protected by the First Amendment. They further argue that Twitter is not entitled to obtain information from the government about the processes followed in classifying a version Twitter’s 2013 Transparency Report or in classifying/declassifying decisions associated with the allowed bands. We would like a meaningful opportunity to challenge government restrictions when “classification” prevents speech on issues of public importance.

Our next hearing in the Lynch case is scheduled for February 14, 2017. Concurrently, Twitter is using the statutory means provided in the USA Freedom Act to seek more transparency into similar NSL requests, and will provide updates as they become available. You can read more information about our commitment to protecting free expression in our Help Center. 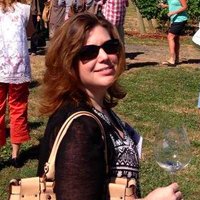